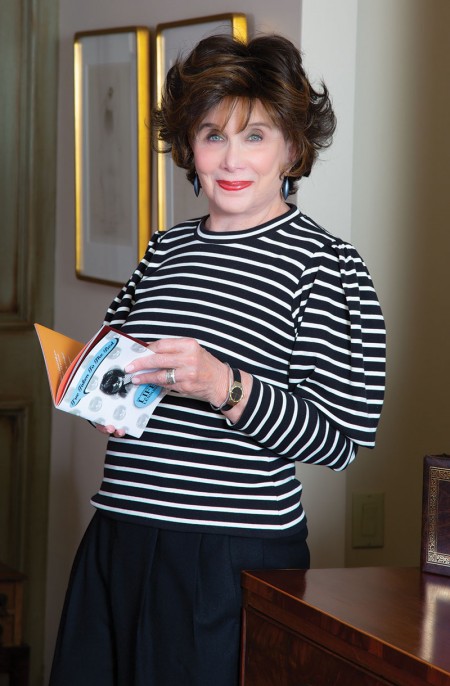 STYLE AND A SMILE Stylish Cissie, known for her humor, looks over her “wisdom for the ages masterpiece” of life lessons and grooming tips at her Tanglewood home. (Photo: lawellphoto.com)

Wow, the brows. If meticulously cared for, they preen like a Japanese garden, plucked, trimmed and shaped. Left neglected, they can invade like a pervasive weed, encroaching on each other’s turf.

Heaven forbid they meet in the middle.

“Oh no! The unibrow is never acceptable. It’s a situation that must be dealt with,” says 81-year-old Tanglewood resident Cissie Rauch Kaplan, an impeccably styled woman with sparkling eyes, madcap humor and, yes, sleek, manicured eyebrows.

“And hair above the lip? A little moustache? No woman wants that! Be gone!” declares Cissie, who serves up life lessons and female maintenance tips with a mix of genteel sorority decorum and mischievous tomboy in I’ve Taken to the Bed: Grandmier’s Life Lessons, dedicated to her five granddaughters. 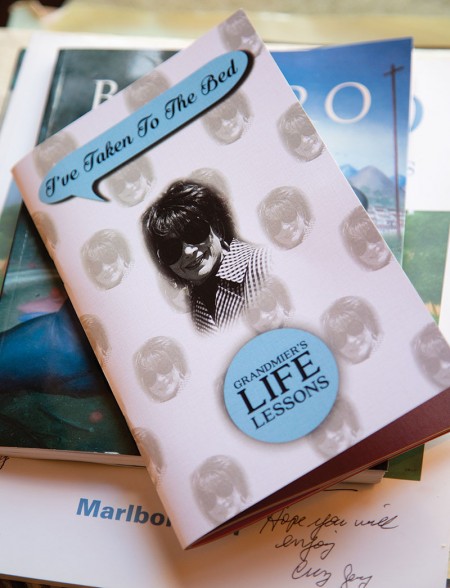 The uproarious mini book, printed for family and friends, addresses facial hair woes, the importance of wearing heels (“the higher, the better”) and all things in between, including the inevitability of shifting teeth and crepey upper arms. And don’t forget “upper and lower tooters,” of which she writes: “If by accident one escapes in public, make sure to either pass the blame on someone else or play dumb. Keep your poker face strong.”

“I love that book! It’s stuff I’ve heard from her my entire life, like there’s no such thing as a heel too high as long as they’re cute. Just have the bandaids ready for blood and blisters. I love wearing heels. They can kill, but they look good!” exudes Allison, aka Catuba San.

That’s right. Cissie loves nicknames. Each granddaughter was blessed with an original.

“Allison was a honker, a chub, a big baby. Catuba San seemed to fit,” Cissie deadpans, pointing to five framed ultrasound pictures, displayed on her bathroom vanity. The sonogram images and accompanying nicknames grace the dedication page of her book. 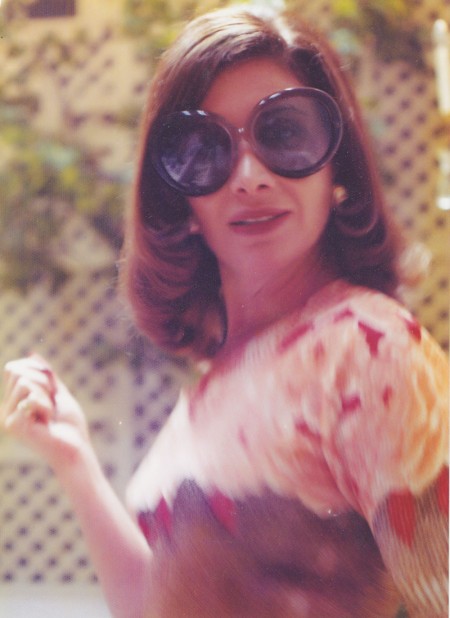 She might be classy and sassy, but she’s equal parts all-out humor, say friends who’ve known Cissie for decades. Here, a young Cissie takes on the world in super-sized sunglasses.

And as far as her own moniker, Grandmier?

“I thought it sounded regal, queen-like,” she says with a chuckle. “When Allison came along I said, ‘Listen, you. There will be no grandma, granny, nanny or neenie. You can call me Grandmier or Miss Rauch.” (That’s the maiden name she went by before marrying Dr. Alan Kaplan.)

“There’s no one else like Grandmier,” extols Allison’s youngest sister, Catie, 21, aka Glamorina, soon to graduate from Auburn University.

“I was probably in the fifth grade when Grandmier said, ‘We’ve just got to do something about that unibrow,’” recalls Catie. “That’s when I learned that maintenance hurts, that beauty is pain. But it’s worth it in the end. I’ve kept my eyebrows in shape ever since.

“And I’ve mastered the upper and lower tooters.” 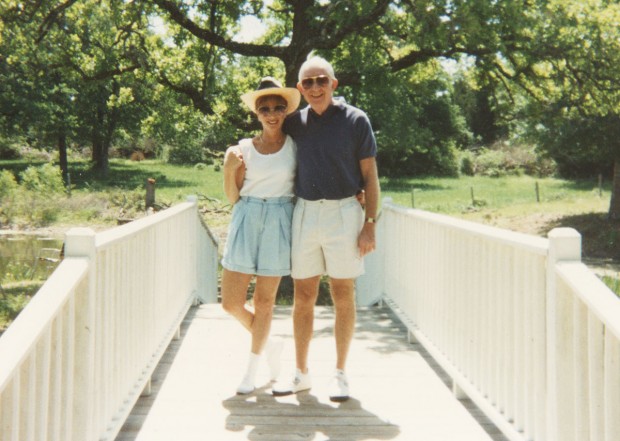 Lindsey Payne, 24, middle sister to Allison and Catie, takes Grandmier’s tips to heart. She loves the book for its life advice: Have bonding “Chat & Chew” sessions with girlfriends. Girlfriends’ secrets go to the grave with you. You will not grandparent as you parent. Have a bit of money that belongs to you and only you.

“And marry your best friend. That’s an important one to Grandmier,” says Lindsey, nickname So Fine.

Lindsey and husband Larry met with Cissie and Alan before tying the knot. “Grandmier talked to us about how they can count on each other for everything. They’re best friends. She wished that for me as well. And I know for a fact that she took to the bed after we got married.”

“Absolutely,” quips Cissie. “It’s like a re-set. There are times when you just have to ‘take to the bed’ [in Cissie’s world, a favorite phrase for when she can’t cope]. Like the time I took Allison shopping for training bras years ago. I grew up with a brother and male cousins and did all boy stuff. I can’t handle the training bra and periods kind of thing. When I was young, I used to sit on the toilet backwards to be like the boys. If I couldn’t stand up, at least I could face the back. And that’s the God’s honest truth!”

Sounds about right, says Melissa Levin, Cissie’s first cousin, once removed. “She’s got an inner tomboy beneath all that beauty and class.”

Melissa, a marketer, helped make the book reality and is the brains behind its cover – a pop art presentation of floating Cissie heads in sunglasses.

“Cissie is definitely not an egocentric maniac, but I thought it would be funny to have a cover like that because I knew she’d think it was hysterical,” Melissa says. “If you don’t know her, you might think she’s a prissy prima donna giving advice, but you’d be wrong. She can be naughty and even crass sometimes, and it’s hilarious. She’s my favorite person. She’s so real, and because of that, her advice carries street cred with me.” 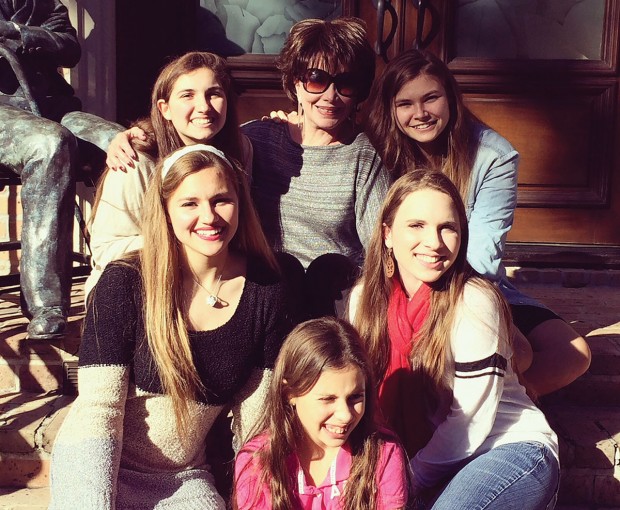 Not one of Cissie’s granddaughters would be caught dead in blue eye shadow, thanks to Grandmier’s makeup advice. Cissie (top row) is flanked by granddaughters Catie Asarch (left) and Allison Asarch, (middle row) Lindsey Payne and Shelby Casper, and (bottom) Natalie Casper.

She carries street cred with husband Alan, too. They met on a blind date more than three decades ago, and she has had him in stitches ever since. “She is very funny. I knew from the start that she was the one for me,” says the revered Dr. Kaplan, former chair of the Department of Obstetrics and Gynecology at Houston Methodist Hospital. They married on February 13, 2004.

“Yes, Friday the 13th. I wasn’t about to get married on Valentine’s Day,” cracks Cissie. “That would have been too nauseatingly sweet.”

Yeah, Cissie doesn’t do sugary sweet, say friends who have tales to tell.

Like the time she met friends at a restaurant, a string of twinkling red lights strategically placed beneath her blouse. “It’s something only Cissie would do,” says lifelong friend Esther Cohn. “She can be hilariously outrageous.”

Esther moved to Nashville in 1958 and has been there ever since, but the miles apart don’t matter. The pair is still as close as those two little girls who giggled together at Houston’s Congregation Beth Israel.

“When her first grandbaby was on the way, she sent me a picture of the ultrasound and said, ‘I think the baby looks just like me,’” Esther says, laughing. “And there’s the time when Barbara Bush asked her to come inside, and Cissie said, ‘Oh, I’m so sorry, but I have a beauty shop appointment.’ Who does that? Cissie does.” 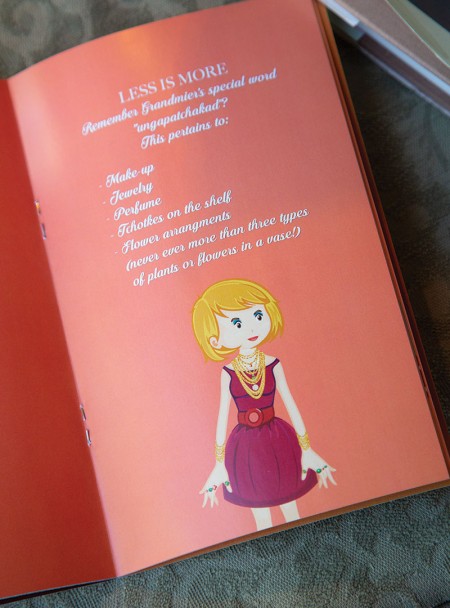 The motto “Less is More” pertains to nearly all things in life, advises Cissie, who recommends a tissue kissed with lemon to protect the nose against perfume offenders. (Photo: lawellphoto.com)

Yes, that happened. The former First Lady and 41st President George Herbert Walker Bush lived two doors down. Cissie recalls another Bush-related story. She was in the kitchen taking off her pantyhose on a steaming hot day when the doorbell rang.

“Yeah, and I’m the [expletive] queen of England,” Cissie responded, opening the door to reveal the former First Lady.

“My life flashed before me. If she heard me, she never let on. And we became friends. I loved walking the dogs with Babs. I mean, why not? Those Secret Service men were so cute!”

Marlene Finger, a friend since seventh grade, recalls a young, pajama-clad Cissie singing beneath her bedroom window to wake her up. “She’s always been funny. She’s the most loyal friend you could ask for,” she says. “And you can trust her with a secret.”

Marlene gets credit for a page in the book. “I suggested that every woman should have a little black dress.” To which, Cissie added the text, “And, to go sleeveless depends on your age and your arms. No one wants to see Hadassah arms floating in the wind.”

There are numerous tips relating to skin, says granddaughter Shelby Casper, 23, aka Fannie Gene, so named for Cissie’s mother Fannie, who died at 105. Her late mother liked things neat and orderly. Turns out Shelby has that propensity too.

The medical scribe who is applying to physician’s assistant school knows all about gravity and its damage. Not from personal experience, but from Grandmier telling her since age 5. “Makeup goes on with upward strokes so you don’t pull things down. Gravity will do that job soon enough,” Shelby recites. “Oh, and never ever wear blue eye shadow unless you’re in a play or something.”

Shelby is responsible for younger sister Natalie’s Grandmier-given nickname. “I’d gone to the ultrasound appointment with my mother. Then Grandmier asked me what the baby looked like. I said ‘I don’t know. It just looks like a plain baby.’”

“I was struggling for a name,” Cissie says. “Plain Baby worked. Of course, I had to explain the story to Natalie. I didn’t want her to spend years on a shrink’s couch.”

No offense taken, says Natalie, 16, a junior and varsity tennis player at St. Agnes Academy. “I love Grandmier. She’s been one of the biggest role models in my life. If I have daughters one day, they’ll have to read this, memorize it, get quizzed over it.”

Natalie’s known since age 6 that less is more, a lesson thoroughly covered in Grandmier’s book.

That advice pertains to all things, says Cissie: makeup, jewelry, knick-knacks in the home, flowers. “And no fake flowers. Ever.” And carry a lemon-spritzed tissue to protect the nose against those who generously douse perfume as if a spray truck after a mosquito.

“My advice are all things I really believe in,” says Cissie, who, above all, advises living in the moment, laughing at one’s self and cherishing family and friends. “But there is a lipstick color I love that you just can’t get anymore. I’m about to take to the bed over that one.”