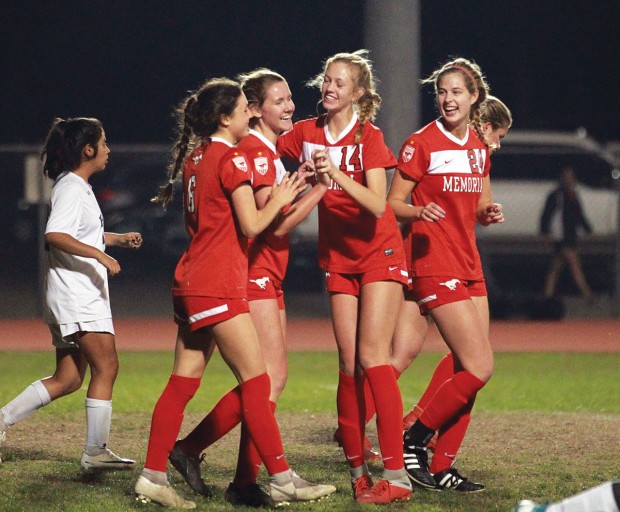 With a magnificent 20-1 regular season under its belt, the UIL Class 6A state’s No. 2-ranked Memorial Mustangs girls’ soccer team looked primed and ready for another serious run at a state championship. But, as was the case for high school teams in sports across the state, the season was halted much too abruptly by the spread of the coronavirus. As of press time, the UIL (University Interscholastic League, for public schools) had suspended all extracurricular activities.

“We had such a great team and were really looking forward to the playoffs,” said Mustangs head coach Lindley Amarantos. “It’s especially devastating for our seniors, including a few of our girls who played on our state championship team of two years ago. One day we’re practicing, and the next day the season is suspended indefinitely. We really had no closure, which makes it especially tough.”

“I’m grateful that we were at least able to play the regular season and enjoy senior night together,” said Mustangs senior captain Reagan Goodwine. “But when you look at all the hard work and dedication we’ve put in since back when we were freshmen, it’s a super hard thing to have to accept. You just need to have faith and know that things will work out. We had such a dynamic and talented team with amazing senior leadership.”

On the field, Texas Longhorn commit Kelsey Hranicky was in the midst of a spectacular season with 36 goals and 28 assists in 21 games. In addition, senior Blakeley Buckingham had 13 goals with another 20 assists while freshman Adelhia Ghonda owned 17 goals with 16 assists. Remarkably, Memorial outscored its district opponents by a lofty 82-to-6 margin while securing the district title with an undefeated 15-0 record. 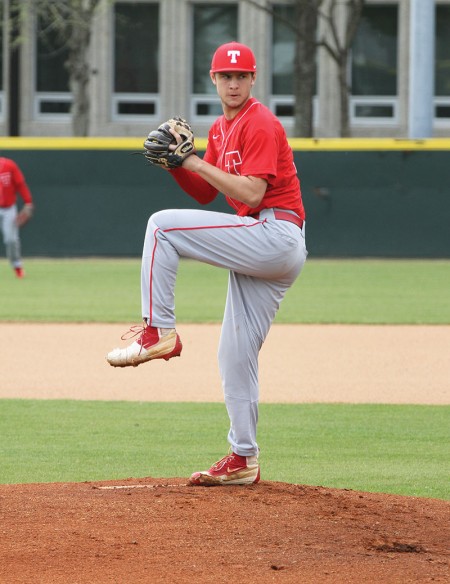 ON HOLD As was the case for high school teams across and beyond Houston, the St. Thomas Eagles baseball team had its season abruptly suspended due to the coronavirus. Pictured here is Eagles senior pitcher Daniel Coco in an early-season game vs. Northland Christian.

On the private-school level, it was pretty much the same scenario for hundreds of teams and thousands of athletes who had their seasons cut short in the wake of the coronavirus.

“What happens to us in athletics is subject to many of the same variables that are going on locally, across the state and across the nation,” said St. Thomas Eagles athletic director Mike Netzel. “We’re in a huge holding pattern, and the longer it gets pushed out, the more difficult it gets to create a real champion. It’s tough not to be able to see these athletes compete for something they’ve worked so hard for since they first arrived at St. Thomas.”

Netzel added that it’s an especially difficult situation for seniors who are chasing after collegiate scholarships. “I feel for our guys who are openly being recruited. They're doing their best to be seen right now. Also, since many collegiate athletes who lost their senior seasons are being granted an extra year of eligibility, there may be fewer scholarships available to high school graduates.” 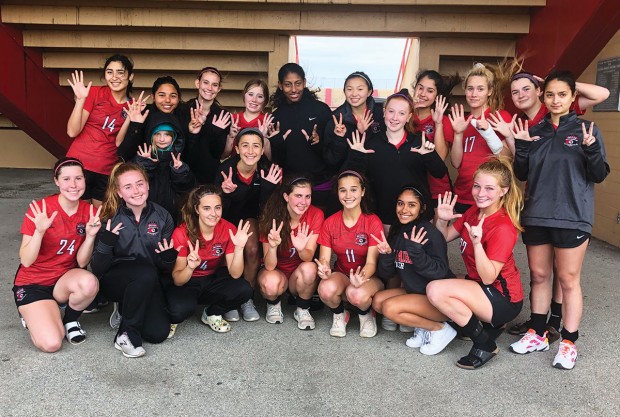 SEVEN IN A ROW Days before the season was suspended, the Bellaire Cardinals girls soccer team won its seventh straight district championship. Over that dominant seven-year span, the Cardinals own a remarkable 84-2-4 record in district play.

Just days prior to the indefinite suspension of the season, the Bellaire Cardinals girls’ soccer team captured its seventh consecutive district championship. “The competition in our district has become tougher and tougher each year, so our girls really had to work hard at earning this title,” said Cardinals soccer coach Alan Thompson. Amazingly, over its seven-year reign as district champs, Bellaire has posted an 82-2-4 district record. “It’s really a credit to the kids buying into the program.”

As for the abrupt stoppage in the season, Thompson said his team has done a tremendous job of handling a difficult situation. “It’s a lot bigger than just soccer, and our coaches are doing everything we can to keep everyone connected. It would certainly be easy to go into negativity, but we’re doing a lot of virtual meetings to keep them mentally in a good space. These girls have really battled well through adversity all year.”