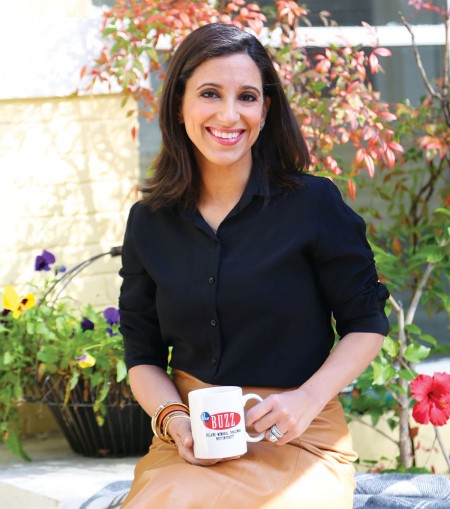 Rania Mankarious, CEO of Crime Stoppers of Houston, provides perspectives on the news in this Sunday Mornings with Rania blog.

The video footage of George Floyd – who respectfully and with great pain spent nearly nine minutes pleading for his life - stopped us all in our tracks, turning our attention from the coronavirus pandemic to another plague - that of black lives in America. While this marks the last week of school for many, may the death of Mr. Floyd be the first lesson for all this summer: the brutal killing of an unarmed, non-dangerous individual, whether due to race, creed, gender or orientation - will never be tolerated or allowed, especially when it is committed at the hands of those of power.

What Happened
It all started when Mr. Floyd, a 46-year-old Houston native, went to the Cup Foods on Chicago Avenue South on May 25, 2020 at approximately 8 p.m. Officers with the Minneapolis Police Department (MPD) received a call that at nearly the same time, there had been a “forgery in progress” with someone paying for groceries with a counterfeit $20 bill (a non-violent, low-level offense by all accounts).

Mr. Floyd, having exited the store, was sitting in a minivan with two people when officers asked him to exit his vehicle. A brief struggle ensued; moments later, Mr. Floyd is seen handcuffed and being led to the sidewalk by two MPD officers. Additional law enforcement arrive as Mr. Floyd lays on the ground almost under a Minnesota Police vehicle. The scene turns deadly when, fully pinned, and in distress due to a knee at his neck, Mr. Floyd repeatedly explains he cannot breathe. Mind you, he is not armed or resisting; he is however (and rightfully so) calmly pleading for air for almost nine whole minutes. Mr. Floyd eventually loses consciousness and is taken to Hennepin County Medical Center where he is tragically pronounced dead.

Mr. Floyd’s Death has Raised Many Issues
As the CEO of the largest public safety nonprofit in our area, I am an avid supporter of law enforcement and I thank them for their work daily. That said, I do not blindly condone every action taken by every officer. I echo the sentiments of Houston Police Chief Art Acevedo who stated: “The death of Mr. Floyd is deeply disturbing and should be of concern to all Americans.” He goes on to say, “The officers’ actions are inconsistent with the training and protocols of our profession.” So, let’s look at the issues Mr. Floyd’s senseless death highlights:

It’s Time for Solutions
According to the Los Angeles Times, “About 1 in 1,000 black men and boys in America can expect to die at the hands of police. That makes them 2.5 times more likely than white men and boys to die during an encounter with cops.” There is a real fear amongst the black community, especially amongst boys and men, of being pulled over while driving or being stopped while walking in a neighborhood or taking a run through a park. How is this the case in 2020? How can this be the case in a country that prides itself on fighting for the rights of all? Minneapolis Mayor Jacob Frey recently said: “Being black in America should not be a death sentence.” Absolutely not and our nation should not tolerate it, even one more time. So let’s offer solutions. Let’s start somewhere.

Justice for George Floyd
Minneapolis City Council Vice President Andrea Jenkins recently shared that Mr. Floyd and fired police officer Derek Chauvin knew each other well. Both men worked at El Nuevo Rodeo on Lake Street where they were both bouncers at that restaurant for 17 years. That added fact makes the brutal nature of the scene even more difficult to understand. Regardless, on Friday, according to Hennepin County Attorney Mike Freeman, Chauvin was officially charged with third-degree murder and manslaughter. This will not bring Mr. Floyd back but it is 100 percent a step in the right direction.

This nation is clearly going through a difficult time. Sickness, economic strife, political unrest and chaos are brewing in our cities - but we must focus on what binds us, builds us and makes us stronger. We are each other’s greatest advocates, greatest assets, and greatest champions. And, as a society, between the many movements that have recently taken shape, we are clearly getting on the same page with one voice making it clear we will not tolerate injustice, period. There is nothing we can do to bring George Floyd back, but we must not let his death be in vain.

Let’s keep this message loud and strong in George Floyd’s honor and in honor of those who lost their lives before him. And may we forever hold their families in our hearts and prayers. Out of respect for them, let’s not trample chaotically over their loss but together rise with a fixated determination that changed our course moving forward.

For more on this topic, see Responding to Acts of Racial Violence by Pooja Salhotra.

Editor's note: Views expressed here are those of the author and do not necessarily represent the views of The Buzz Magazines.