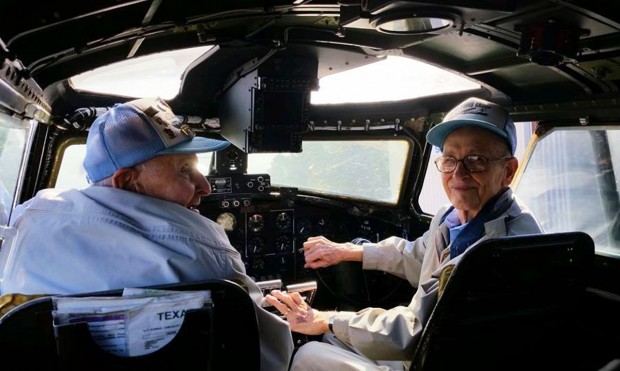 In 2014, John Lindholm (left) and George Parker (right) had the opportunity to sit together in a B17, the type of plane they flew during World War II. The last time they had been in a cockpit together was during their last mission in 1945. John’s son, John Jr. arranged the special event.

May 8, 2020 marks the 75th Anniversary of V-E Day (Victory in Europe Day, 1945), which commemorates the day that Germany surrendered and all of Europe and the world celebrated. To honor this special occasion, the Lone Star Flight Museum is presenting “The Fight to the Finish Flyover” on Sun., May 10, 2 p.m. (rescheduled from May 8 due to inclement weather). The museum invites Houstonians to go outside and look up to see more than two dozen war birds (vintage planes) flying around the city, including Buzz neighborhoods, which are on the flight path.

Two Buzz residents have unique reasons for looking forward to the show. Lt. George Parker, 95, will be smiling and looking up recalling celebrating V-E Day in 1945 with his flight crew at their base. Scott Rozzell, Lone Star Flight Museum’s chairman of the board, will also be smiling but looking down, as he will be participating in the flyover and piloting his Beech-18. 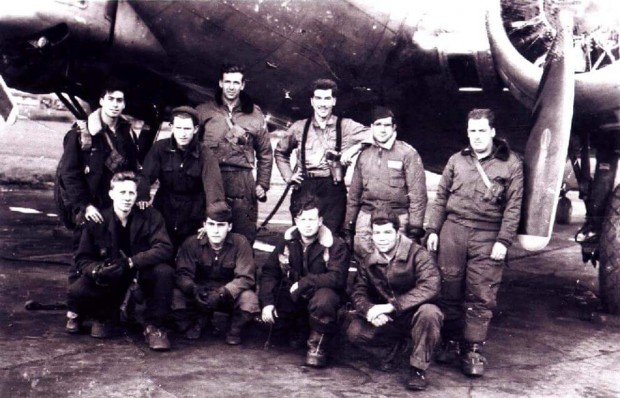 George was a B-17 pilot in the Army Air Corps and flew 17 combat missions over Germany. He is the only surviving member of his nine-member flight crew led by Lt. John C. Lindholm. George said, “John was a great individual and good friend.” George’s son, Robert Parker, shared, “A few years ago, Mr. Lindholm and Dad reunited and were able to sit together in a B-17 plane. It was the first time they had been together in that type of plane since their last mission in 1945.”

George remembers the town of Glatton, England, the city where his base was located, celebrating on V-E Day. Even over the phone, I could tell he was smiling and, for a moment, transported back to that special moment.

After the war, George started his education at SMU. He’s lived in Houston for 52 years. Both his sons, Robert and David, are Memorial High School graduates. George and his wife, Maggie, have been married for 25 years. They both lost their first spouses to cancer and were thankful to find love again later in life. They met at Memorial Drive Methodist Church where they are happily still members. 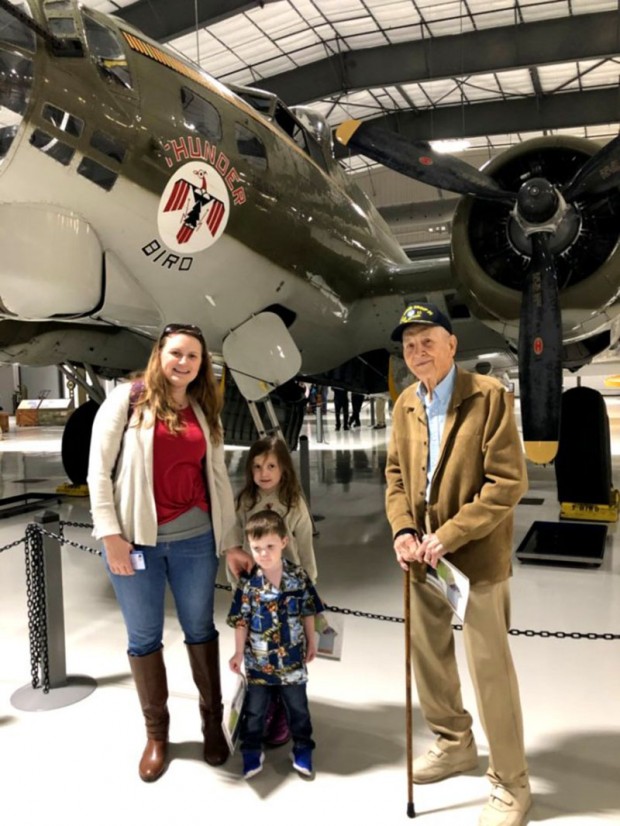 George shared, “I am looking forward to the flyover and thankful that the Lone Star Flight Museum is sponsoring it. I am a big fan of the museum and am really impressed with how many activities they have for the young people, including flight simulators.”

Scott Rozzell, a Tanglewood resident, grew up near Texarkana, where he worked at a small airport. They paid him in flight lessons so he’s been flying ever since he was 17. He bought his first war plane, a T-6, as a present to himself for his 40th birthday.

Scott says the planning for the event has gone well. He shared, “The response from the pilot community has been great and the air traffic controllers have also been wonderful to work with for this event.” Most planes are owned, and will be flown, by local pilots donating their time.

These planes fly lower and slower and are loud so you will hear them. It will be more like a parade with the planes following each other one minute or so apart, so you will be able to enjoy for about 4-5 minutes total. 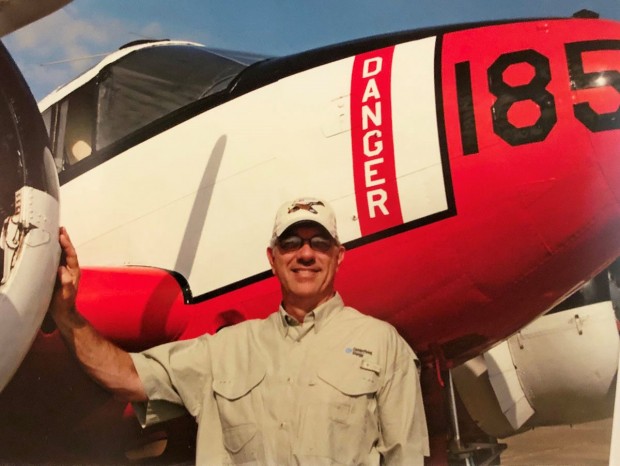 Scott Rozzell, chairman of the board of The Lone Star Flight Museum, pictured in front of a 1953 Beech 18/C-45. He said he is excited the museum was able to coordinate the Flyover to commemorate the 75th anniversary of the end of WWII in Europe and also give hope and inspirations to Americans as we fight a different kind of battle with COVID-19.

Scott requested, “Please be patient with the schedule - it’s an estimate. Remember these planes are 75 years old, so just like people, sometimes they move a little slower! Route and timing is a guesstimate and probably won’t be totally precise.”

Two extra special places Scott said they made sure to include in the route are the San Jacinto Monument and the National Cemetery; they will fly over these spots to honor and pay their respects to the history there.

Organizers are encouraging spectators to watch the aircrafts from home. The museum will be closed to the public and no parking will be allowed on site.

See more details about the event here and the flight map here.