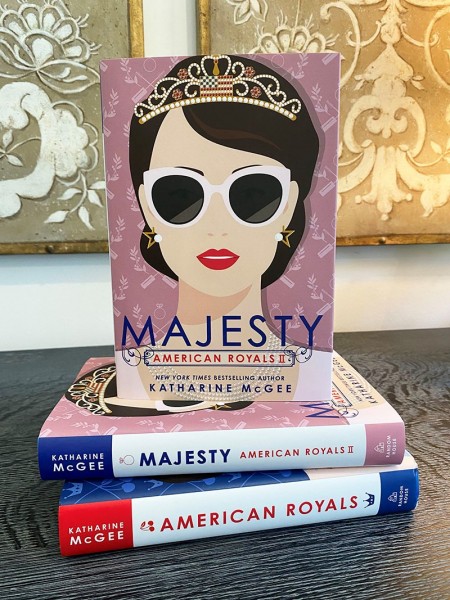 The American Royals series by Katharine McGee envisions a world where American royalty rule the country.

Houstonian Katharine McGee’s new installment in her American Royals series, Majesty, publishes next week, and in this Q & A, she spills all the details about the book, her inspiration, her writing process, and more. In this incredibly popular series, McGee envisions a world where the United States has a royal family, and the House of Washington has been in power since the Revolutionary War. I hope you enjoy learning more about her engaging and imaginative series!

Tell me a little bit about Majesty.
If you’ve studied American history, you’ve probably seen scholars refer to George Washington as “the man who could have been king.” In American Royals (and its sequel, Majesty) I imagine a world where he really did become king! The story follows the modern American royal family - their romantic lives, dramas, and the pressure of knowing you’ll someday rule a nation.

What inspired you to start writing it?
The beginnings of this idea were planted back in 2011, when Prince William married Kate Middleton. I was living in New York at the time, working as an editorial assistant in book publishing. That morning, I went to a royal-wedding watch party with friends - we wore festive hats and drank mimosas (yes, this was at 6 a.m. New York time!) The moment the newlyweds kissed, it felt like the entire city broke out in cheers. I remember marveling at how invested Americans felt in the fairy tale of it all, even though we don’t have any royals of our own. Which got me to wondering… how would the world be different if we did have a royal family?

What comes first, the plot or the characters?
I watch a lot of TV, and love how a well-done drama always follows a large, intertwined cast of characters. I try to create the same feeling of tension in all my books. American Royals and Majesty are narrated by four young women, whose lives become increasingly entangled as the story progresses. Of course, it isn’t easy balancing four different storylines! When I get stuck, I use the whiteboard in my office to reorder scenes. It’s a messy whiteboard, covered in different colored ink and a lot of confusing arrows! 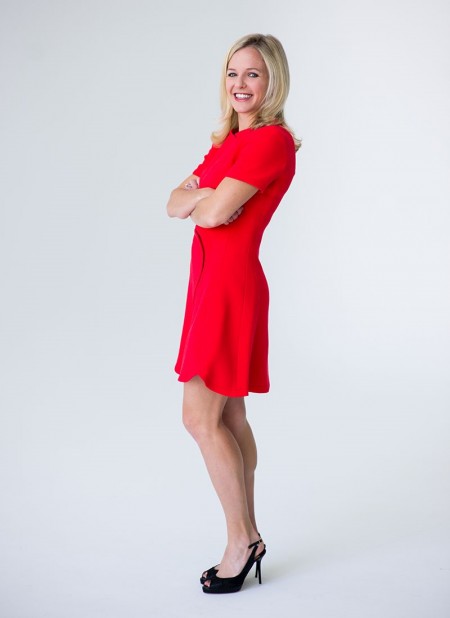 Katharine McGee is a New York Times bestselling author whose latest book is out next week. (Photo: Chris Bailey Photography)

What do you hope your readers take away from your book?
I believe that my job as an author is to bring joy to my readers. Even in normal times, people turn to fiction to escape dark places (subway commutes, hospital waiting rooms) and this year, with the pandemic keeping so many from their loved ones, we need books more than ever. I hope that my novels bring a smile to your face - that after you’ve read one, you feel a little bit happier, and take some of that joy back with you out into the real world.

Do you have any say in what your book covers look like?
Cover design is one of the hardest parts of making a book, because a cover needs to do so many things at once - it has to be eye-catching (on a shelf, and also on a computer or phone screen) while giving people a sense of what lies inside the pages. I’m lucky to have a talented team of designers at Random House who managed to do all of that! I don’t actually get a lot of input into the cover design process, but I don’t feel like I need any. The cover of Majesty is beautiful, opulent, and captures all the inherent fun of a story about a fictional American monarchy.

What is the most difficult part about writing for you?
The beginning! Writing is an iterative process, and with a new project it takes me a while to get a handle on the story. I find that each chapter is slightly easier than the last, until all the sudden I look up one day (usually in the third draft!) and realize that my jumbled collection of scenes has miraculously turned into a book.

How do you do research for your books?
The concept of an American monarchy requires a momentary suspension of disbelief, but I still wanted it to feel plausible. I read a lot of history, so I was already very familiar with the British royal family before I started writing - but I wanted this book to have a distinctly American flavor, rather than feeling like a story about British royals. One of my favorite parts of research was my visit to George Washington’s estate at Mount Vernon. In the world of American Royals, it is now the Washington family’s palace.

Are you working on anything at the present that you would like to share with me?
I’m currently working on a new project. It’s in the early stages, so I can’t say much about it yet, except that it’s got all the things I love in a story - complicated families, forbidden love, old secrets coming to light. Also, my husband and I are expecting our first child next month and preparing for our baby boy’s arrival has been the biggest project of my summer!

Conversations from a Page is hosting an As the Page Turns book discussion over Zoom for The Last Flight by Julie Clark on Sept. 24 at 11 a.m. and for Musical Chairs by Amy Poeppel on Nov. 17 at 11 a.m. ($5 or $30 for an annual pass). See details.