Q & A with Author Greg Funderburk 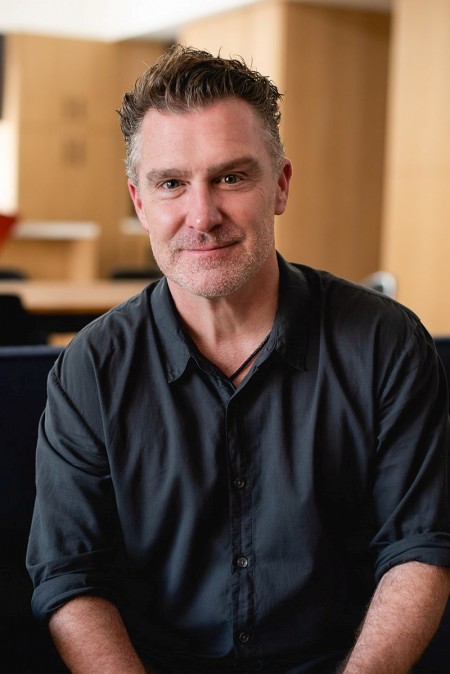 The hurricane that hit Galveston on Sept. 8, 1900, frequently called the Great Storm, remains the deadliest natural disaster in the United States. 2020 is the 120th anniversary of this deadly storm, and Buzz resident Greg Funderburk is releasing a new novel about the storm, The Mourning Wave: A Novel of a Great Storm, through the eyes of orphans who survived the destruction of the St. Mary’s Orphan Asylum following the storm.

As a Houstonian who has weathered a number of hurricanes, I remain fascinated with the Galveston storm and the impact it had on both Galveston and subsequently Houston. The widespread destruction and loss of life in Galveston ended the city’s prominence and sent investors and companies towards Houston which became the larger city as a result.

This week I interviewed Greg about his upcoming book, the inspiration for the story, and more.

Tell me a little bit about The Mourning Wave: A Novel of the Great Storm.

We live in a storm-driven place. That’s the book’s premise and starting point. It’s a historical novel about the 1900 Galveston storm released on the 120th anniversary of what’s still considered the most deadly natural disaster in American history. It’s told largely from the point of view of three young boys who survive the collapse of the St. Mary’s Orphanage, which was located out on the beach about three miles west of the city (the Walmart is on Seawall Boulevard is now there). The narrative follows the boys into town in the aftermath of the storm as they encounter survivors, look for hope, rescue, and a way to start over.

What inspired you to start writing it?

My dad introduced me to the history and some of the stories when I was young, and then we took a trip to Galveston that was interrupted by a big Gulf storm. We were staying at a motel off the Seawall right next to Gaido’s. The raw power of the wind and the rain was awesome and that one wasn’t even classified as a hurricane, but the experience stuck with me. As I got older, I continued to be fascinated with disaster stories. As a teenager, those old disaster movies captivated me. But it wasn’t just the catastrophes - it was how people struggled and overcame; how they rescued each other and gathered hope that kept them going.

Can you share something with me about your book that is not in the blurb? 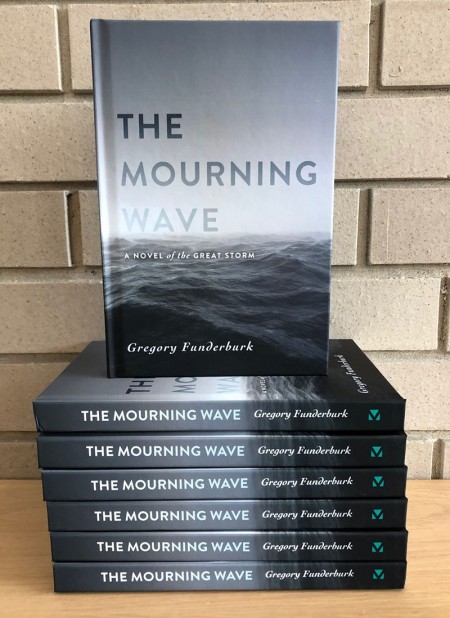 The Mourning Wave: A Novel of a Great Storm is told through the eyes of orphans who survived the destruction of the St. Mary’s Orphan Asylum following the storm.

I think it turned out to be a pretty spiritual book. I work as a pastoral care minister and I encounter people at hinge moments in their lives dealing with grief and uncertainty, bad diagnoses and the fallout from treacherous circumstances that just happen. At one point, the main character in the book is wrestling with the suffering he feels so acutely and is given some pretty good wisdom. He receives it, but thinks, “This was all good to hear, but there still seems to be a lot of explaining left to do.” I hope the book is responsive to the sorrow that comes our way but lets the wrestling match with it all go on for a while before calling it.

That feeling you get when you’re in the midst of a good book, and you’re just gone. That sense of a door opening and you’re taken up out of your own life, and into another; yet it’s still you and you’re learning and being stretched. That’s what I want out of a book when I pick one up - an experience, an adventure that puts on offer both lights of wisdom and strength for living better. I hope readers feel an expanded sense of what life is or could be, love more deeply, and receive inspiration to keep pressing on in the tough time we find ourselves in now.

How do you come up with the title to this book?

This book tried on a few titles before settling on this one. Ultimately, it has to fit the content and themes of the book - so mine needed to acknowledge the tragedy, suggest the contours of the story, but also deliver a glimmer of hope. The word “wave” and the cover itself transmit the story’s subject, and the word “mourning” the theme, but I thought when you put them together, they also hint at the notion of a new dawning over the chaotic waters. I thought it fit, but it was a process.

I’m working on a collection of essays tentatively entitled, Let It Be Said of Them, They Bore It Well. Since the pandemic started, I’ve been writing 700- to 800-word pieces each week for the church I serve. The project began with an initial thought experiment that took as its premise: what do I need to be doing (or not doing) now in the midst of the pandemic such that when it’s over, I’ll be able to look back and say, I handled that as well as I could have. The goal is to encourage each other through this season and the themes that are emerging in the effort concern self-awareness and the importance of an orientation toward grace and gratitude. I’m trying to present the notion that we all have a duty to look for hope, while acknowledging it’s all more a wrestle than a dance. It’ll be published by Smyth Helwys later this year.

The Mourning Wave is available for pre-order now (and as always, I recommend ordering it from your local independent bookstore) and goes on sale Sept. 29.

Conversations from a Page is hosting an As the Page Turns book discussion over Zoom for The Last Flight by Julie Clark on Sept. 24, 11 a.m. and for Musical Chairs by Amy Poeppel on Nov. 17 at 11 a.m. (5 or $30 for an annual pass). Find more details here. For more book recommendations and bookish thoughts, see Cindy’s Thoughts from a Page Podcast or follow @ThoughtsFromaPage on Instagram. See Cindy's monthly Buzz Reads column here.