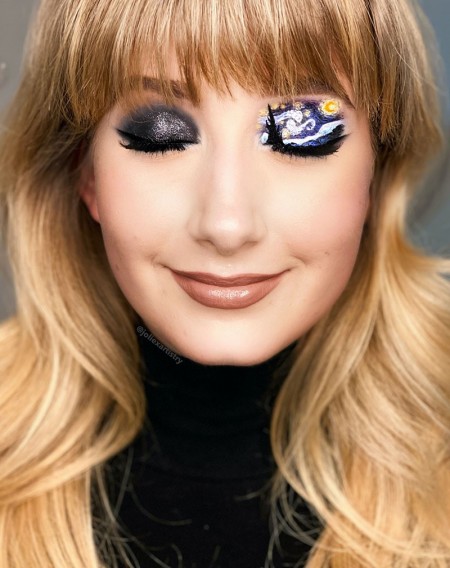 Sophia's creativity appears here in more ways than one: after realizing she lacked all the right colors to create the Van Gogh inspired look, she created her own "paints" by mixing eyeshadow with white concealer. The finished look took around four hours. (Photo: Angelica Altinger-Groen)

The original “Starry Night” painting by Vincent Van Gogh is about 29 inches tall and 36 inches wide. Sophia Jolie managed to recreate the masterpiece, in all its detail and contrast, on her eyelid in a matter of three hours.

Sophia, a senior at SJS, has possessed copious amounts of creativity from a young age. Much of her time outside of school was spent drawing, painting, or dabbling in some other form of art.

“I always loved doing things with my hands, like knitting or watercolor,” Sophia said. “But makeup is my favorite medium now.”

Her theater background pushed her towards makeup. By the time Sophia was six or seven, she was able to apply her own stage looks, including foundation, eyeshadow, and lipstick.

“I would play with all the colors and just have fun with it,” she said. “[Makeup] has always been there as I’ve grown up.”

Her interest in makeup as a form of art, including the recreation of Van Gogh’s work, also has its roots in theater. She began to assist her mother apply performers’ makeup backstage for various school productions, including peacock looks for The Wizard of Oz. 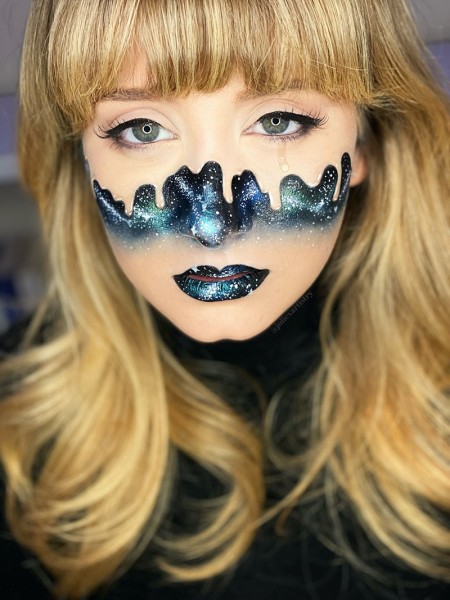 Sophia found inspiration in creators on Youtube, including influencers James Charles and Nikkie Tutorials, who create both everyday looks and works of art on their faces. Despite her desire to dive into the world of makeup, she was limited by a lack of time. The complex looks can take anywhere from two to twelve hours, including time for the photo shoot afterwards.

With the arrival of Covid-19 and the introduction of quarantine, Sophia found herself with the time she needed.

With hours to devote to makeup, Sophia began to create various pieces of art, including the Houston skyline, Monet’s" Water Lilies" and Hokusai's the "Great Wave," all on her face. 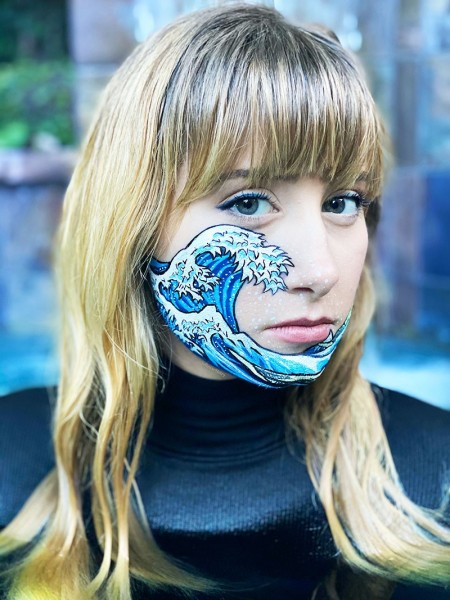 SJS alum Benny He ('19), took photos of some of her artistic endeavors. Through Instagram, she found a way to share her work with an audience while simultaneously saving it for herself. For Sophia, sharing on social media has been an amazing experience.

“People are so supportive,” she said. “I never realized that sharing something so personal to me would get such a positive result from others.”

Sophia’s work can be found on Instagram at @joliexartistry.