The coronavirus pandemic may have halted internships, camps and student passion projects this summer, but it didn’t slow Kinkaid senior Taft Foley III, who has been hard at work, creating a mobile COVID-19 testing center.

Taft administers COVID tests out of a cargo van.

He took an EMT course in July in Corpus Christi. Because he had been exposed to COVID-19 patients while taking the course, he decided to take a COVID-test.

“When we got to the testing center, the line was around the building, and I had to wait two to three hours to get inside. While I was self quarantining, I thought to myself, There’s got to be a better way. I found out there were 10-minute tests and had the idea to open up my quick testing service,” Foley said.

He said he also noticed there were no mobile testing centers that showed up on Google or any other database, so he decided to put his novel idea into practice.

Taft held fundraisers, sold some furniture, game consoles and books, and asked community members to pitch in as well. He did not have a goal in mind but he raised $60,000. With the gift, he bought a van and some equipment, including the Sofia and Sofia 2 from Quidel, a company that manufactures diagnostic healthcare products. In a short time, his Texas Mobile Medical Labs was created.

Taft’s father is proud of his achievements. "Taft routinely exceeds all expectations. He leads by example and views adversity as an opportunity for advancement. We are grateful for the countless ways in which the Kinkaid community has contributed to his success.”

Antigen tests are different from antibody tests, a common option that provides results within two weeks. Antigen tests tell patients if they currently have COVID-19, while antibody tests look into the past to show the duration of time patients had the virus. After taking the nasal swab, Foley can inform them of their results via phone within a 15-minute window. 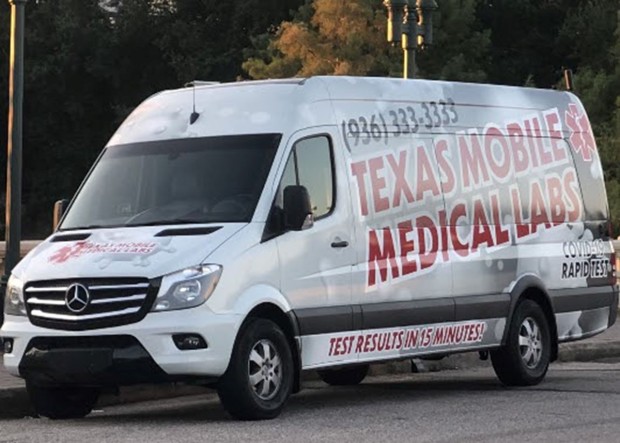 “We can drive to people's places, but we've mainly decided to set up a specific location and have the patient meet us there,” Taft said.  “This way, we can accommodate the passersby as well.”

Foley was most recently featured on CNN with Chris Cuomo, where his achievements were highlighted alongside Anika Chebrolu, the winner of the 3M Young Scientist Challenge. Cuomo interviewed Foley, and he even revealed his SAT score to him, for the first time, on national television!

Taft said he hopes to test as many patients as he can for the rest of the year and he plans on issuing flu vaccines when he gets the license and technology to do so.

“I think that that idea is hopefully going to galvanize a lot of good things, because we as humans, we’re good at learning from one another. If my idea is good enough to inspire others to create their own businesses and ideas for the betterment of the community, then I’m all for it,” Taft said.

Editor's note: Call 936-333-3333 to schedule an appointment to take an antigen test at Texas Mobile Medical Labs. Taft Foley’s testing van will be available through the end of 2020. 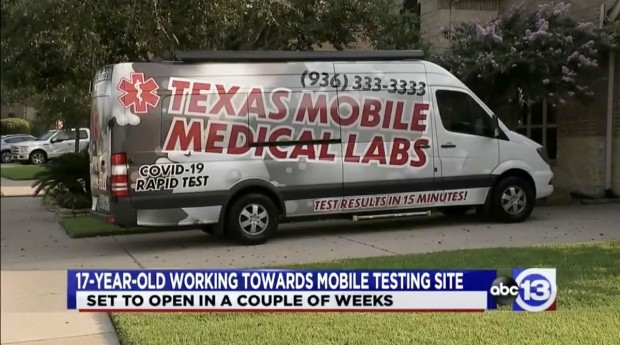 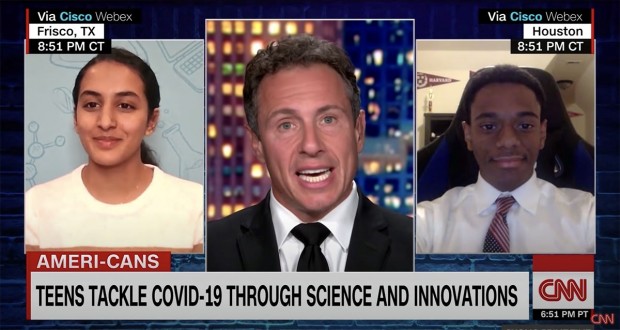