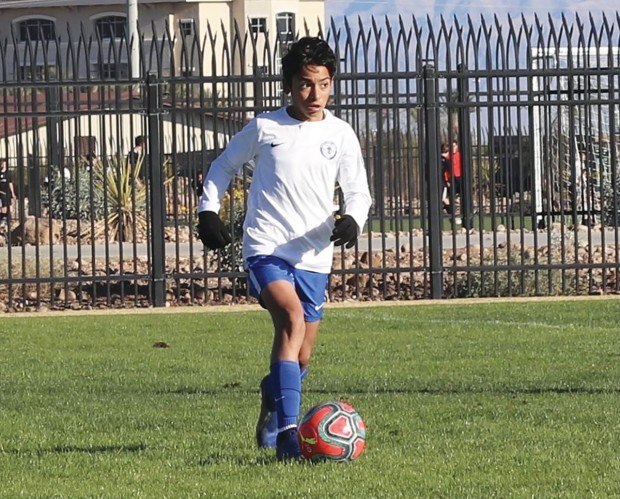 GOALS Devan Kalra, a freshman at The Awty International School, plays soccer competitively and is learning about leadership.

Last year, I played on The Awty International School’s eighth-grade soccer team. Our school recently moved into a new division called the Houston Junior Preparatory Conference along with some other local private schools. I was named one of the captains of the team. We ended up winning the 2020 eighth-grade boys HJPC championship.

At the beginning of our season, my team and I were pretty confident as to how we would perform because we won our seventh-grade season, going undefeated and having no goals scored on us. We were told that our competition was going to be much fiercer in this new league, but that did not affect the way we practiced or played.

I have played club soccer practically my entire life. I play soccer at a competitive level on the Albion Hurricanes 06 ECNL team. I have attended the Ajax Club (professional Dutch soccer club) official summer camp in Amsterdam. I have also traveled to England and played friendly matches as well as in a tournament in Nottingham, England, where many teams from all over the world compete. I have been to many different cities and states all over the U.S. for tournaments and club league matches.

As a team, we scored 56 goals in 11 games, and we were scored on only 8 times throughout the entire season. As an individual, I scored 5 goals and provided 17 assists. At the end of the season, the coach of each athletic team at Awty chooses three players to give awards to. In our case, there was the Offensive MVP award, the Ram award (sportsmanship award) and the Defensive MVP award. The Defensive MVP was Gabriel Nurko, the Ram award was Amar Singh, and I was chosen as the Offensive MVP.

Overall, my eighth-grade school soccer experience was phenomenal, given that we had a championship season and I was able to perform well on a very talented team. I am looking forward to my high school soccer career and the new challenges that I will face.