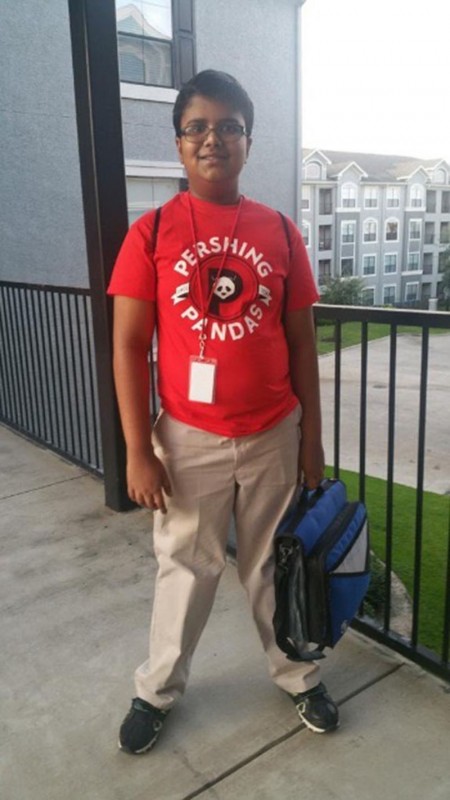 The soft whispers of his classmates surround him during class and the laughter of his friends encircle him as he eats lunch in the cafeteria… at least, in his daydreams.

In reality, he was separated from the outside world, with the only outlet being a small cutout window on the wall in which he watched the world live without him 9 floors below.

Diagnosed with cancer at the age of 10, Aniket Panicker, a sophomore at Bellaire High School, moved to the United States for better cancer treatment 12 months after his diagnosis in India.

“It was a lucky coincidence that my dad got a job in Houston at the same exact time as my diagnosis,” Panicker said. “But I was demoralized when I found out. My parents were worried more than me.”

In Houston, Panicker was admitted into the M.D. Anderson pediatric ward where he spent a year in the same bed, in the same room, in the same hospital. He vicariously lived the lives of the people who walked down the hall, listening to their muffled conversations through the cracks of his white sliding door, which separated his dreams and his reality.

“I craved all of it, but all I had was a cold sense of guilt and desire.” Panicker said. “I saw cars driving by, helicopters flying in the air, families making fun of each other, giggling and poking as they walked down the pathway. But I was never a part of it.”

For Panicker, at the time, living a normal life was what he wanted. While his surface impulses were to stay in the safe haven of his room, his true desires were to explore the new country he lived in.

“During the first few months of the treatment, I actually felt good in the hospital,” Panicker said. “Everything was so close and comfortable. The nurses would take care of me and I felt a sense of belonging, even though now I realize it was a mistake. Towards the end, each day, I would wait for the doctors to come by, hoping I would get to go home.”

On June 12, 2016, Panicker was discharged from the pediatric ward. Now, it was time for him to live the life he had dreamed of for so long. Panicker enrolled at Pershing Middle School.

“The first day surprisingly went well,” Panicker said. “Everyone was so welcoming. I made some friends and they invited me to their lunch table. I felt really accomplished then.”

For Panicker, attending Pershing was exactly how he had wanted middle school life in America to be like. The rigorous adjustments he expected from elementary school in India to middle school in the U.S. were softened by his new friends.

“In India, there is no cafeteria. During lunch time, we all just take out our lunch boxes in the classroom and start eating,” Panicker said. “When I got to Pershing, a friend taught me how to buy lunch.”

Feb. 17, 2018 was when Panicker was admitted to the pediatric ward again after a leukemia relapse.

“For another three months, the coming and going of my parents and nurses was all I saw,” Panicker said. “The mixture of the pain from chemotherapy and the relieving feeling of getting better were the only emotions I felt during that time.”

While Panicker knew he would be fine, his parents’ worry about his health increased and the tension in his room heightened. Panicker spent his last year of middle school in this room, away from his friends, away from his home, and away from the life he longed for.

“During this time, I watched High School Musical a lot on the couch in my room,” Panicker said. “There were some kids on the same floor as me but they were all little and I didn’t seem to fit in.”

June 6, 2018 was when Aniket had a bone marrow transplant. The procedure was a success.

“Well, when do you want to be discharged?” The words which signified the end to the three and a half years of hardship for Panicker were asked by his doctor, who he had gotten close with during the endless hours of treatment.

“It took a while for those words to register for me,” Panicker said. “The joy in which my family and I felt was beyond anything I had ever experienced.”

For Panicker, to be outside in the world again was to be free from the shackles which had withheld him for so long. The wait was finally over. 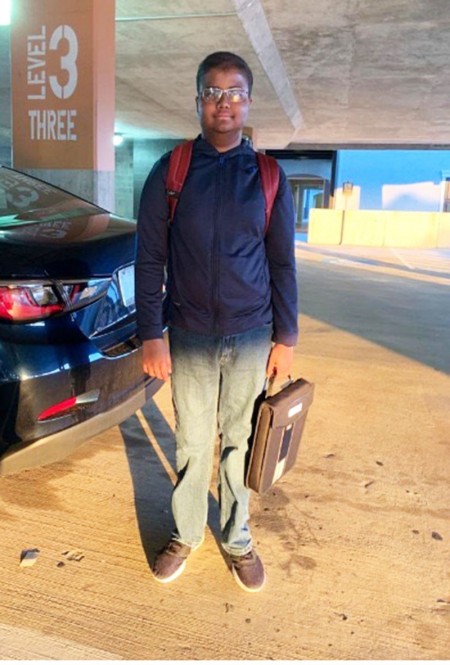 But for Panicker, entering high school was a different story than middle school. The jocks, the cheerleaders, and the nerds were all he knew about high school in the U.S. The months of watching High School Musical on the brown worn-out couch in his hospital bedroom gave him so much to fear about his future when he would return back to school.

“I was overjoyed after my parents let me attend Bellaire High School because I had been homeschooled for a year,” Panicker said. “After a full year of tantrums, I was finally able to convince them that I couldn’t continue being homeschooled anymore. I needed social interaction. But the first few days of school were rough.”

Entering a foreign environment, Panicker felt detached. He felt the eyes of the students burn in the back of his neck as he walked down the hall to his Biology class. He heard the silent snickers follow as he carried his backpack to the cafeteria. He saw the quick glances that people took, trying to seem as subtle as they could as he entered his English class.

“The first day was rough,” Panicker said. “I remember walking down the hall to my Biology class and there were groups of people. Everyone already had their friends and I was alone by myself.”

For Panicker, fitting in was paramount. After the years of being isolated, being welcomed like he had in middle school was what he wanted. He changed his personality, changed his jargon, changed his style and at first, he enjoyed the attention he got.

“It was the last day of the first semester and I wanted to leave a good impression to my teachers and friends,” Panicker said. “I wore the most showy outfit: a maroon t-shirt and tight jeans. I combed my hair to the side to cover my bald spots and wore my favorite red watch.”

But when he looked in the bathroom mirror before heading to school, the person he saw staring back at him was not the Aniket Panicker he remembered in isolation. The boy who had suffered the draining therapy and treatment which sucked the happiness out of his life. He saw a fake.

Panicker rushed to his wardrobe and quickly changed into his favorite blue t-shirt and comfortable jeans. Returning to his bathroom mirror, he combed his hair normally. Now, he left his bald spots for everyone to see.

“I stepped out of the house that day with relief and pride,” Panicker said. “I threw away my fake personality that day. I’m proud of it.”