Game On! The Start of a New St. Agnes Club 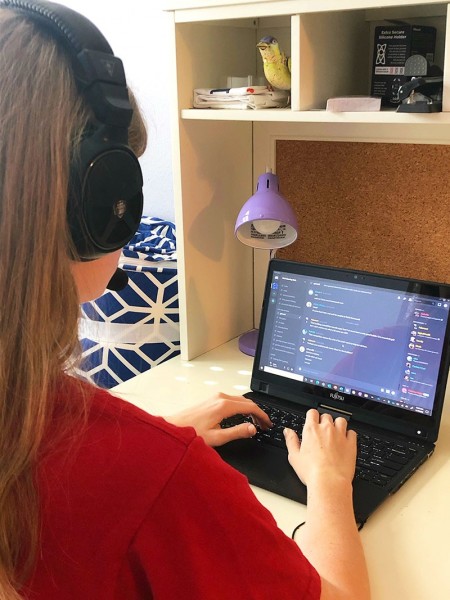 Because the club still meets virtually, the primary method of communication is Discord.

Clubs are an integral part of the St. Agnes experience. Through all four years, students are strongly encouraged to join clubs they are interested in to connect with other girls who share similar interests, get involved in extracurricular activities, and most importantly, have fun. Our clubs are very diverse - if you have an interest, there is probably a club for it. Well, except for one.

For years, St. Agnes has lacked an esports/gaming club simply because no one has started one. Gaming is often associated with boys and never with girls, which could be why a club has been absent for so long. However, senior Abbie Couvillon took the initiative and started our school’s first-ever gaming club.

“Since I was a freshman, I have thought about a gaming club,” Abbie says. “I have past experiences in esports and wanted others to pursue competitive gaming and overcome any stress they might have had about growing as a gamer.” She pointed out that there is often a stigma around girls who play video games. Esports are often associated with boys, which has led to girls suppressing their gaming interests.

I grew up in an environment where female gamers were scarce and as such, never had anyone to play or discuss games with. It was rather lonely. However, me and several other girls were given a new opportunity with this club.

“I felt that I needed to show other girls that they can do it,” Abbie says. “I understood that people were struggling with motivation to get into competitive gaming because of all the negative attitude towards women in the gaming community.”

So far, the club boasts 52 members. We are hopeful that it will help other girls discover a passion for gaming that can be nurtured and encouraged by being in a club with several other girls with similar interests. We can not only get better at the games we already play, but we get the chance to be exposed to new games and taught/coached by more experienced players.

Because we are unable to meet in person due to the COVID-19 pandemic, all clubs are forced to remain completely virtual. However, this has not been a problem for the gaming club. We use Discord to communicate with each other and receive important messages from our president. The voice chat feature makes virtual meetings easy - we can talk to each other while playing a game of our choice. Even though we can’t see each other in person, it feels amazing to be able to connect with these girls who share similar passions.

Members are excited to see what the year has in store for the new club. Because we have been given funding by the school, we will likely be able to grow into a team who can compete together. We even get varsity-style jackets! Even though the club is still starting out, I think it will grow into one of St. Agnes’ most popular and beloved clubs. Game on!