Holidays and trains go together

One of our holiday traditions is to head to the Houston Museum of Natural Science for Trains Over Texas.

We have brought our young boys, along with all our family members, to see this magical miniature representation of our state. The exhibit – the size of a tennis court – is the largest indoor O-scale model railroad in Texas.

As tiny steam engines chug along the tracks, lined with illuminated shops and snow-covered trees, the holiday spirit comes to life. You can imagine Bing Crosby and Rosemary Clooney are singing to you. Or Tom Hanks calling, “All aboard!” the Polar Express.

This year, we will return (with our masks on), and we have set our sights on several more train adventures.

This exhibit recreates the state of Texas in all its natural beauty and historic significance. Trains run at eye level, above you, and down below at your feet. In the immersive experience, see familiar Texas sites – Enchanted Rock, Big Bend, cities – all at once. A crawl space allows the kids to get down on the ground (where the train travels through the Caverns of Sonora) and pop up like a gopher somewhere near San Antonio.

While you are at the museum, visit the adjoining Cockrell Butterfly Center, which is decorated for the holidays with Christmas trees. You can wander among butterflies to a gentle soundtrack of holiday tunes. Admission: included with museum admission, $16-25; free 2 and under; free Thursday afternoons.

Why just look at trains when you can ride one? Pack a picnic and a soccer ball, and make a day of it at Hermann Park. The Hermann Park Railroad is a small, open-air passenger train operating year-round, giving families a tour of the park over and around McGovern Lake, passing by the Houston Zoo, Houston Museum of Natural Science, Rice University and the Texas Medical Center. (We will be the family wearing Santa hats.)

While the train previously could give you a lift to other spots in the park, rides currently are purely for enjoyment, as they stop for pick-up and drop-off at one location – the Kinder Station at Lake Plaza, next to the Houston Zoo main entrance and Hermann Park parking lot G. Seating has been limited as a precaution during the pandemic. Admission: $3.75.

An electric trolley is retired and parked under a replica of the old Bellaire Trolley Station and Pavilion. This trolley carried passengers to and from downtown Houston from 1911 to 1927 on the Bellaire Streetcar Line.

Historic signs give a brief history lesson while you watch the modern world pass by. Paseo Park is a grassy median in the middle of the bustling Bellaire Boulevard, so if you visit with small children, keep them close. Admission: free.

The Rosenberg Railroad Museum sits on 1.5 acres adjacent to downtown Rosenberg at the site of the original Union Depot – a station on the Santa Fe and Southern Pacific rail lines around the turn of the 20th century. There is a passenger car from 1879 called The Quebec, a red caboose car from 1792, and a control tower from the early 1900s.

In December, there are family activities planned, and a holiday-themed train will be in the open air on the “Garden Railroad,” a replica of Rosenberg in the 1950s. The G gauge model train track features the Brazos River and the old Richmond Railroad Bridge. Admission: $5-7.50; free under 2.

The Galveston Railroad Museum hosts “A Railroad Christmas,” with five acres of retired train cars decorated for the holidays and a one-mile, mini-train ride for families along Harborside Drive. Admission $15-20; free 2 and under.

Palestine, Texas; up to five trips daily in December

This 60-minute train ride simulates the journey from the popular children’s book. The passenger train from the 1920s operates year-round on the Texas State Railroad at the Palestine and Rusk depots, a couple of hours north of Houston. Prices vary.

An after-dark train ride through trees sparkling with Christmas lights at Victory Camp in Alvin. Watch miniature trains race through a wintry display at this annual event 25 miles south of Houston. Admission: $3 for 3 and up. 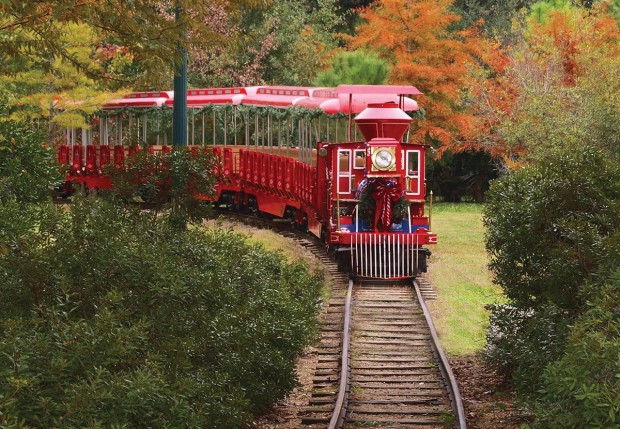 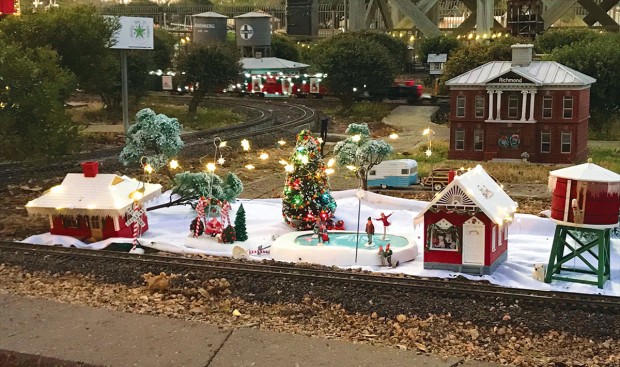 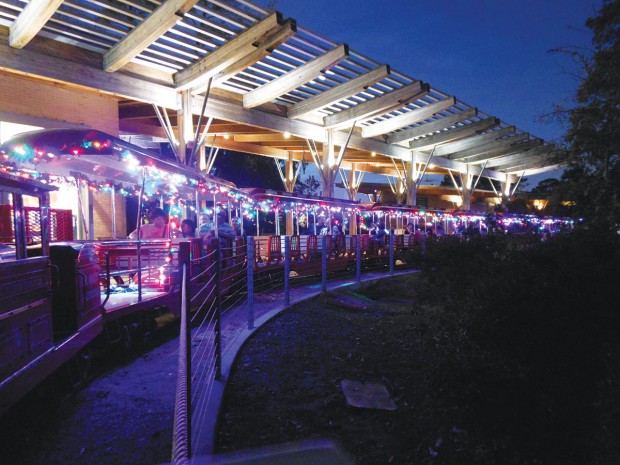 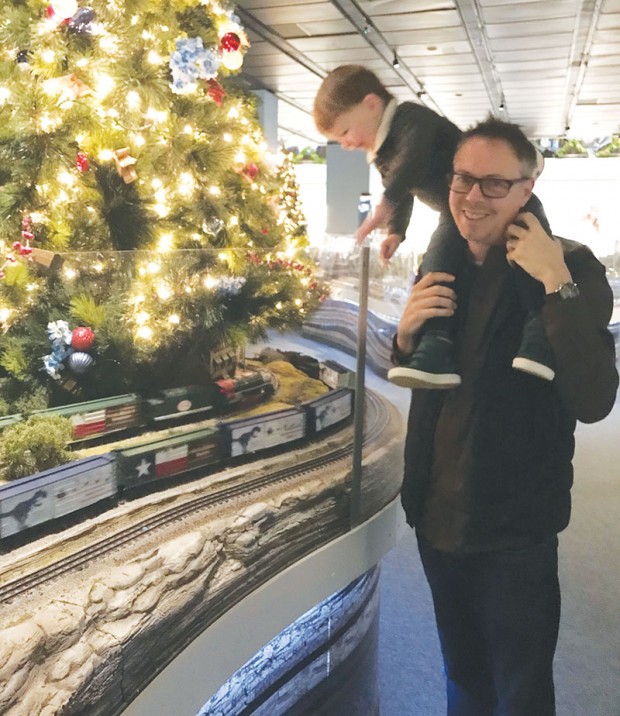 Texas twinkles under the Christmas tree lights in the Trains Over Texas exhibit at the Houston Museum of Natural Science, where the Scott family returns each holiday season. (Meg Scott) 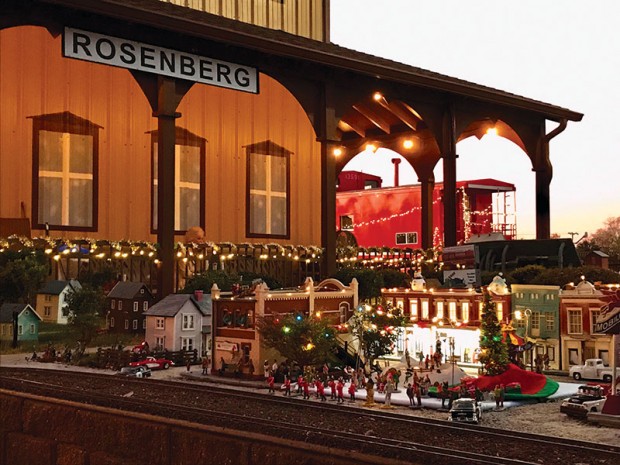 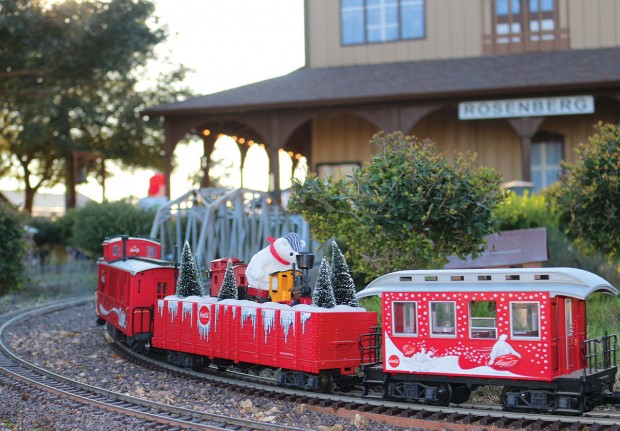 City of Bellaire’s Holiday in the Park 2022