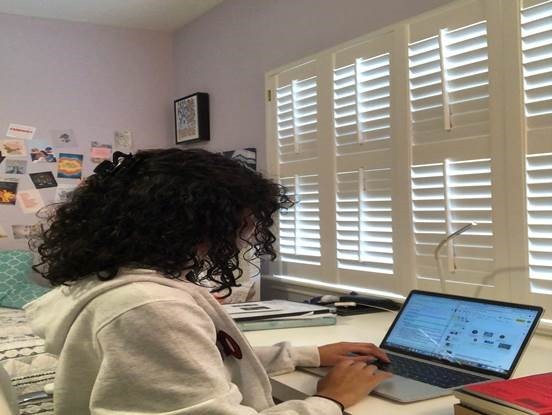 For freshman Lorna Morris, the news of Supreme Court Justice Ruth Bader Ginsburg’s passing on Sept. 18 prompted a feeling of sadness for one of her major inspirations. RBG’s constant determination, confidence and resilience in a male-dominated field greatly motivated Morris to work towards her own goals.

“She had to be vocal about issues,” Morris said. “She couldn’t let other people deter her from speaking out.”

Like many others, Morris was not simply sad, but stressed since RBG’s death marked a shift in the politics and decisions of the Supreme Court.

“I was worried after she died,” Morris said. “I didn’t know what was going to come next.”

Morris was not alone in her experience. After hearing the news on Friday night, Unity Council co-chair Natalie Brown immediately started planning a forum over Zoom. Womxn Helping Empower Each Other (WHEE), Jewish Affinity Group (JAG) and St. John’s Political Education Club (SPEC) were also trying to find a way to honor RBG, so the four organizations decided to sponsor an event together.

The leaders faced a quick turnaround, as the forum was set for the Monday after Ginsburg’s death.

“We knew that we wanted it to be as soon as possible,” Brown said. “Everyone was so great that it just fell into place.”

The forum opened with breakout rooms, where participants discussed their initial reactions to RBG’s death and how they were feeling about both the loss and the uncertain future. Leaders from the four groups then gave a presentation on the life and legacy of RBG, including information ranging from her personal life to important legislation.

“Not everyone knew exactly how much she had done for all Americans,” SPEC president Piper Edwards said. “It’s important for people to know why she was such a massive figure and influence.”

Following the presentation, attendees were once again broken into groups for discussion. Participants spent up to 15 minutes sharing their thoughts, feelings and new information they learned, often referring back to the presentation.

“I got a personal insight on her life,” Morris said. “And I really enjoyed how we were able to discuss and celebrate her life collectively.”

The forum, for some, was a way to deal with the shock and sadness of losing Ginsburg, as it provided an outlet to share thoughts and honor the justice’s immense impact through different lenses.

From WHEE to JAG, each group involved helped recognize a different facet of RBG’s influence, which many characterize as transcending political boundaries.

“RBG was so much more than a political figure,” Brown said. “She was so meaningful in so many different fields.”

Editor’s note: A version of this article also appeared in St. John’s School’s The Review.