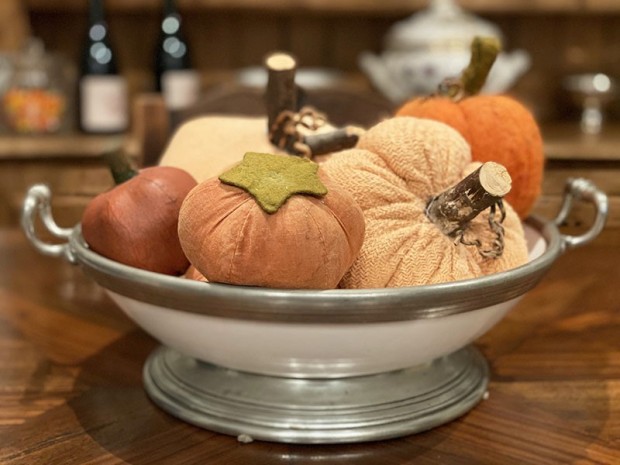 Super-spreaders be gone. Thanksgiving will take a little extra creativity this year.

In this wild ride of a year, a lot of us have started shaking our heads and saying, “What’s next?”

Here’s what’s next: We are supposed to pare down Thanksgiving. Maybe cancel travel plans, maybe figure out a way to be together but distanced. The people on the news are making stop-us-in-our-tracks statements like, “This Thanksgiving is a small sacrifice to ensure that you will have future Thanksgivings together with your family.” If that doesn’t make you nervous…

And so, the question now is, “How can we make a smaller Thanksgiving feel special?”

It’s hard to imagine, a holiday that doesn’t follow tradition. No big group around the table? No cocktail hour while the turkey takes its time in the oven? No need for two versions of the sweet potatoes, because there’s no need to please Uncle Jacob, who likes his plain as they come? Even the Macy’s Thanksgiving Day Parade is being pared down and prerecorded. All of it feels very foreign.

But wait…no need to make two versions of the sweet potatoes? Maybe we can find a silver lining here. Surely, if we make less work for ourselves, Thanksgiving dinner will be better than “almost good,” as my sister proclaimed last year’s fare. Maybe this paring-down thing can work – we can focus on a few things, and do them really well, rather than producing the whole giant spread including the oyster dressing that only four of us will actually eat.

The New York Times recently held a whole webinar on “How to Cook Thanksgiving During a Pandemic.” I made notes of their tips, adding a few of my own thoughts. See what you think:

Join family to cook together on FaceTime. If you’re like my family, you probably spend some time together in the kitchen on Thanksgiving morning and in the days leading up to it. You make the dressing while Aunt Julie makes the gravy. This year, set up the computer camera and FaceTime while you both make dressing and gravy, in your own kitchens. Which leads us to the next tip…

Make a Google Doc with everyone’s recipes. Just because you’re clipping the menu doesn’t mean you’re not going to want the staples. Case in point: Aunt Julie’s gravy. I would have no idea how to make this, because that’s Julie’s job. But if we share our recipes on a Google Doc, something everyone can add to and edit and read off of, we’ve got a game plan.

Scale down recipes. If you will be hosting fewer people this year, think about cutting those Google Doc recipes in half. All the recipes for sides – dressing, green bean casserole, cranberry sauce – can easily be altered to produce a lesser quantity. But be sure to think about this one, and remember that someone, who will remain nameless, might want a little cranberry sauce, cold from the fridge, for breakfast on Friday. Skimp on all of it, as long as you are sure leftovers will still rule the weekend.

If you are scaling back, be sure you have the equipment. Apparently 6- and 7-inch pie plates do exist. If you decide to halve your pie recipes, you will need to plan accordingly and shop ahead. Same goes for anything casserole-y: Be sure you’ve got 8-by-8 baking dishes, because nobody wants a thin pancake of dressing spread out in a baking dish made to hold twice as much.

Consider not scaling back on the recipes, and sharing. According to the CDC, this virus doesn’t spread via food. So wash your hands, wipe down your counters with Clorox wipes, wear a mask and pack up portions of the big recipes. You can take them to neighbors and friends, or maybe to someone who you know won’t have any family with them. You could also consider coordinating with friends or family who also will be cooking: You make the cranberries, they make the sweet potatoes, then you divide everything up and swap.

Get creative for Zoom. First of all, set the table with the computer screen in mind. Vaughn Vreeland, who does the cooking videos for New York Times Cooking, suggests putting pies or other parts of the meal on pedestals that can be seen on your camera, rather than keeping everything flat and out of sight. And to be sure that dinner doesn’t get awkwardly quiet, decide on some games, like ice-breakers, for lack of a better description. You know: Everyone takes turns sharing what they are thankful for, just like at a “normal” Thanksgiving. Or maybe since this year is so funky anyway, you decide that everyone is going to play the Name Game during dinner. It beats politics.

Rethink the buffet. Can you say super-spreader?

Embrace the season. The season of Thanksgiving, and the season in our lives. It’s a secret, but turkey masks are in our future. This is one change I’m going to have to spring on my people at the last minute, before they can think better of it.