BISH Students Look to the Future 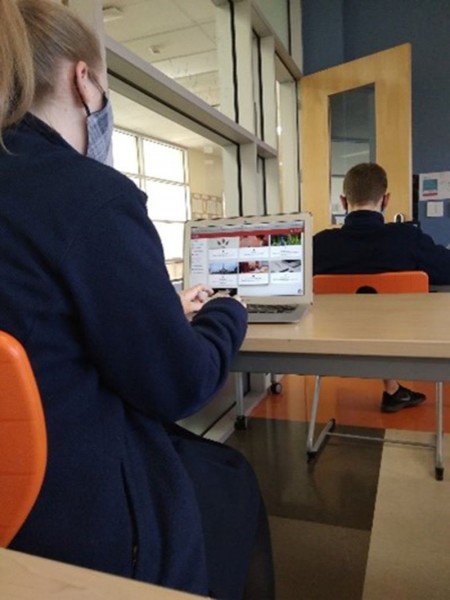 The students at the British International School of Houston have been extremely lucky so far. Despite the situation in the world, they have been able to come back to school in-person since the beginning of this academic year. Regardless of the masks and six-foot regulations, their school routine has almost returned to normalcy.

Student still have the job of continuing on with life, which means planning for their future for the Year Elevens. Students are not only preparing for their mock exams in January or their iGCSE’s in May, but for IB and their university/degree searching, as well.

Their first look into what they might want to do in the future begins at the end of the previous academic year in June, where they used a website called BridgeU to enter information and subject interests to find university and career ideas. They also put in specific extra-curriculars, awards, and experiences to help in writing their very first cover letter and personal statement.

Now most kids at that time, and to this day, would exclaim things like, “Why are we doing it now, don’t we have years until it is needed,” or “This is useless, I am just going to have to rewrite it again in the future.” Although these exclamations might be true, The British international School of Houston has always taken the liberty of preparing its students entirely for what is to come in the future, such as learning how to write a cover letter or choosing IB options early.

I happen to be one of the students in this stage at BISH. Initially, I was terrified of the IB and my future. However, with the help of my school, I have now been able to express exactly what I want to do in my future and what I feel would be the appropriate IB options to accompany.

Over the course of the past couple weeks, BISH has offered after-school meetings to introduce each area of subjects in the IB and help us to narrow down what we might want to explore. They explained the difference between Higher Level and Standard Level, as well as what subject choices would best suit the particular career we might want to go into.

Along with the meetings, during enrichment, we spent time looking at the universities we were interested in going to for their entry requirements. Furthermore, we recently made our initial IB options, which could likely change over the course of the year.

Overall, I feel extremely lucky to be part of a school that prepares its students so fully for the future.