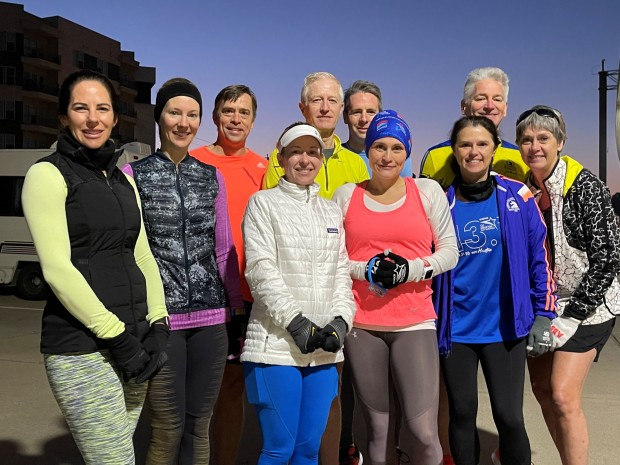 Bright and early on Saturday morning, almost a dozen Memorial residents gathered at the West Belt parking lot of the Terry Hershey Park running trail. Over the course of the morning, they’d head west to Eldridge, cross I-10 east at Park Row and the Addicks Reservoir Trail, and then wind their way through neighborhood streets, completing a 13.1 mile loop. Some of the runners would do that loop again, completing the full marathon length of 26.2 miles.

The handful of people who ran this course are just a few of the over 9,000 people who signed up to participate in this year’s Houston marathon events. Of course, COVID-19 has transformed what that looks like in 2021. Instead of running through the heart of downtown Houston along with thousands of fellow marathoners, participants of this year’s events – which include a 5K, half marathon and full marathon – are quietly completing their race distance anywhere and anytime between Jan. 8 and 17. No fanfare or starting pistol to mark the occasion.

“I think a lot of people are just going to go out and run and not really set up a course,” said Randy Keith, one of the Memorial residents who completed two 13.1 mile loops on Saturday. “I thought it would be so hard to coordinate, but my friend Jeff Higgins put a course together and some people planned to set up tables with water for us, which makes it a lot more like a normal race.”

Still, this year’s race is far from normal. For one thing, runners are asked to time themselves and then submit their times to their registrant participant account. In addition, this year marks the first time that participants are eligible to participate in all three marathon events, and nearly 200 runners have taken up this “Triple Challenge,” doing the 5K, half marathon and full marathon at some point during the 10-day period.

Similar to previous years, there’s a special group of seasoned marathoners signed up to participate: the Legacy Runners. These runners – and there’s 1,350 of them this year, according to the Houston Marathon Committee – are those who have completed 10 or more Houston half or full marathons.

Randy, who has completed 30 Houston marathons is part of this group. He says it’s this status that motivated him to participate in this year’s unusual marathon.

“There’s this loose amount of competitiveness with the Legacy Club,” says Randy, who did not want to miss an opportunity to get another Houston marathon under his belt. “Everybody is just running every year and trying to move up the ladder. It’s kind of goofy, but it spurs a lot of people to run.”

For serious runners like Randy, 2020 has been a year of cancellation after cancellation, and the Houston marathon was a chance to race – even if not in a traditional format. 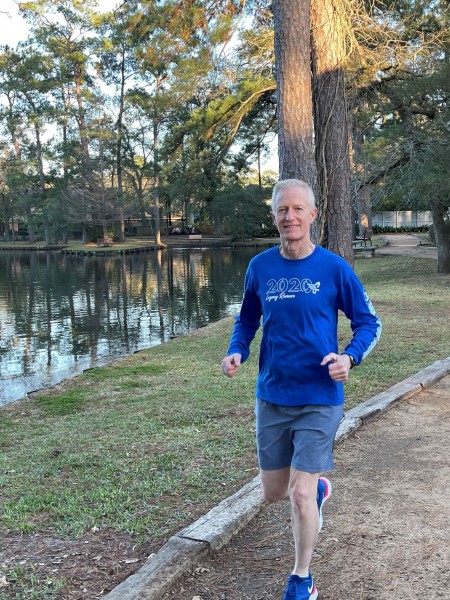 In April, Randy was supposed to run the London marathon. That would have marked his completion of his final Abbott World Major – the six most prestigious marathons in the world. After that race was cancelled, Randy deferred his entry to 2022. Later, he canceled a trip to Norway, where he planned to run a race above the Arctic Circle during the summer. And most recently, Randy was signed up for the Brazos City Marathon in December; that too was cancelled.

Each time Randy signed up for a race in 2020, he thought, surely by that point, it would be safe to run. But as so many of us have experienced, plans kept getting delayed.

Now, Randy and his running buddy Jeff Higgins are hopeful that they’ll be able to run a trail marathon they are signed up for at the end of January. For now, though, all the runners can do is keep running.