St. Agnes Stands United Amongst the Events of January 6th, 2021 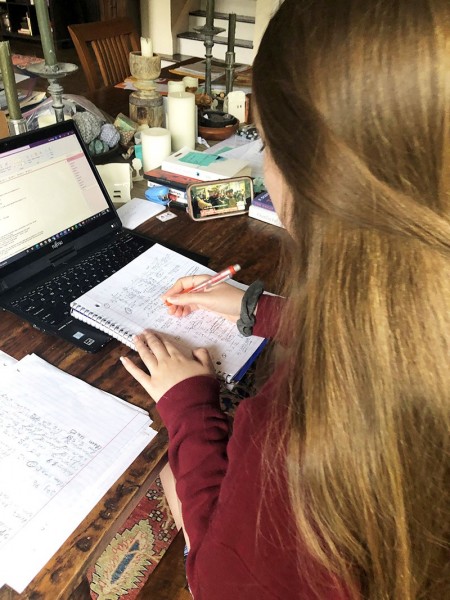 There is little to no disagreement over the belief that 2020 was a rough year, and even less over the notion that it was brutal for high school students. We attended school through glorified FaceTime, went months without seeing our friends or teachers, witnessed political animosity reaching a fever pitch, and we did it all through a global pandemic. While we may make jokes about the AP U.S. History DBQs our children will undoubtedly have to write one day, no one is downplaying the severity of these past few months. And after Jan. 6, it appears that 2021 was not the saving grace for which many of us had been hoping.

The election season was met throughout the U.S. with tension on both sides of the aisle, with harsh words from both groups, and with general civil unrest. Amidst it all, our schools became a sort of escape from the seemingly endless antagonism of the real world. Students still laughed with one another in the hallways, and classes provided a mental distraction.

St. Agnes additionally encouraged civil discussions and growth for students and teachers alike. Teachers and students both fostered civil discourse about current events in an environment that promoted growth rather than anger. St. Agnes encourages us to be open to other ideas: to actively seek out conversations with those who would disagree with us and listen to them. However, the greater United States told a very different story. The tensions between political parties reached what appeared to be a culmination on Wednesday, January 6th.

I first got the news from Discord. I had heard there was supposed to be a rally in D.C. that day, perhaps from Twitter or Tik Tok, but I heard about the Capitol breach from Discord in the middle of Chemistry class. I remember reading the message when I flipped my phone over to check the time. I remember laughing to myself. It didn’t seem serious, and even more, it didn’t seem real. It almost appeared like an inside joke: just some fanatics for my friends and me to roll our eyes at, and then move on from.

I saw the pictures after class. I watched the live-stream while doing my math homework. I was stunned. I have never seen anything like it. I do not think anyone in our country has. I was shocked that such a thing could happen, and I was angry that it did, and I was appalled at what people were saying on the internet. I do not think my reaction to the news was an anomaly. It was a tragedy, and it scared the public.

So how did St. Agnes Academy handle it?

On Thursday the 7th, many teachers chose to give their students a space to discuss the riots in D.C. My English teacher allowed us some reflection time before our in-class essay. After class, she sent out a survey to check up on each student individually. She further understood that many students might not be in quite the right headspace to write an essay, so we will be allowed to edit them next week if we wish.

My theology teacher used the first half of her class for a discussion among students as well. Many of the students spoke about the shock and fear they felt upon reading the news or the anger at seeing the brazen rioters marching through the capitol building. I heard my classmates talk about the images that impacted them, some of them on the verge of tears.

My history teacher not only allowed for a brief discussion but incorporated the event into his lectures. Amid our Civil War unit, January 6th is especially topical. Many teachers all over St. Agnes, and likely all over Houston, took similar measures. This event is one of many from the recent past that will define a generation.

The most important thing that we spoke about and that the school emphasized is that now, more than ever, we need to come together as a community. In an email sent out to the student body and faculty, the leaders of St. Agnes wrote: "We urge our community to stand united in love and respect for all peoples."

My good friend (who wishes to remain anonymous) underscored the same idea during our theology class discussion. She reminded us all that we need to remember that the riots were not the work of the Republican Party, but rather the work of extremists. I agree with both the school and my friend whole-heartedly. We all must remember that the Capitol Hill riots are representative of a tragic day in American history, not a partisan issue.

We must stand together. For St. Agnes students, one of the best ways to do this is to create a respectful and unified school community and to hope that we might become a microcosm for the greater U.S. There is so much division in our world, and while it may be naïve to suggest, we must respect the humanity and dignity of every person.

America cannot afford to let a rhetoric of “us vs. them” dominate the conversation. We must recognize the severity of these riots and understand what they mean for our country, but we cannot sacrifice our unity in the process. This duality will be a challenge; however, we all must work to maintain it.