The Westbury Worm: Neighbors collaborate on an art project 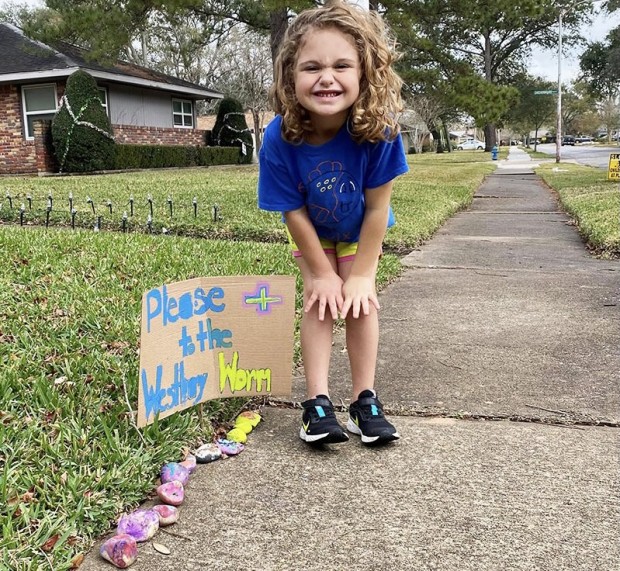 Croix Lindsay, 5, wakes up each morning eager to run outside to see how much her worm has grown. On the sidewalk in front of her Westbury home, the worm now stretches nearly three feet. It’s speckled with purple, pink and blue paint.

Croix, with help from her parents Courtney and Michelle Lindsay, recently started the Westbury Worm – an art project made from a series of painted rocks – as a fun pandemic activity where neighbors are safely creating a work of art together.

The Lindsays painted the first rock together, the worm’s head, in a green and red design, and then set it outside their house. Soon, neighborhood children – and adults – started painting their own rocks and adding them to the growing rock animal.

Courtney got the idea for the rock project from her Houston-based mother who saw a story on the news about 11-year-old Nicole McWilliam in Cypress who created a “quarantine caterpillar” in her local park at the beginning of the pandemic. 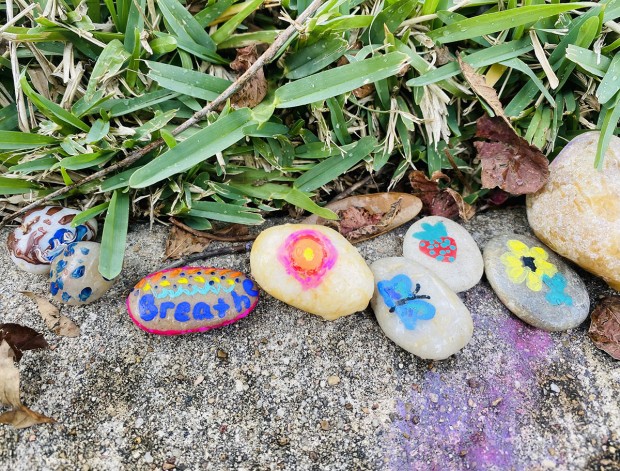 McWilliam, who’s Scottish, in turn got the idea from two girls in her hometown of Monifieth in Eastern Scotland who started their own rock caterpillar. In Cypress, McWilliam made a sign inviting neighbors to add to her caterpillar, which in September had grown to more than 800 rocks, hundreds more than her 150-rock goal. 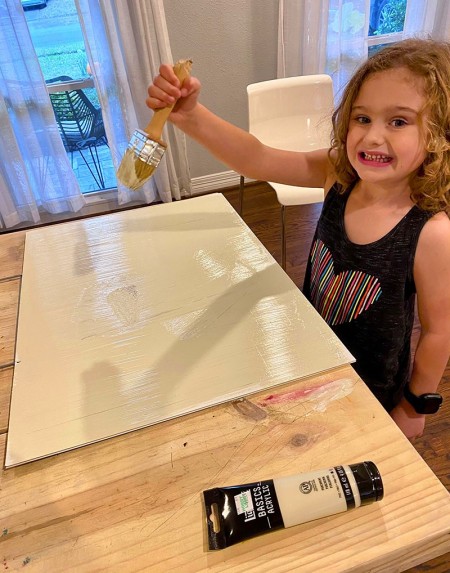 “I thought, instead of COVID caterpillar, we should do a Westbury worm,” Courtney says. “When COVID first started, we were very into everything people were doing outside, like chalk art projects. It was uplifting and we wanted to contribute.”

At first, Croix had grand plans to design and professionally print fliers about the worm and post them all around the neighborhood. Courtney talked her daughter into starting with a simple sign, and the two got to work painting a piece of cardboard to place out front. “Please + to the Westbury Worm,” it reads. Croix has since made more rocks, including two covered in glitter. New rocks are added by neighbors every few days.

Rocks that are part of the Cypress caterpillar project include ones with inspirational messages like “There is always someone who cares,” “Keep your sunny side up” and “be happy.” Others are painted in a mosaic pattern, depict hot air balloons, cherry blossom trees, watermelons, and even partially eaten blue and red M&Ms. Courtney can’t wait to see what kinds of designs her Westbury neighbors come up with. 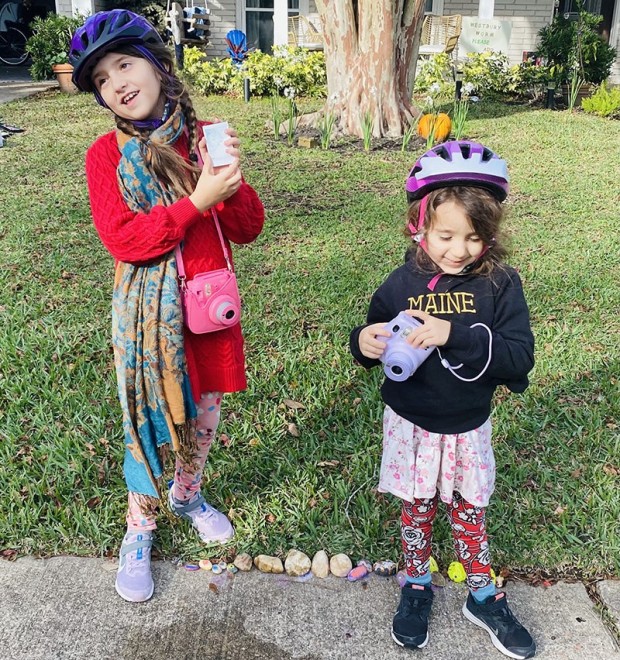 Sadie, 7, and Lilah Adler, 5, add rocks they painted to the Westbury Worm

“I’m so excited to see everyone’s creativity,” she says.

So far, the Westbury Worm is called just that – it doesn’t have a proper name. But Courtney is considering putting a small mailbox out front as well to collect name suggestions and then give the Westbury Worm a name.

Neighbors who want to contribute their own rock to the project can add it to the worm on the sidewalk outside the family’s home at Creekbend near Checkerboard in Westbury.