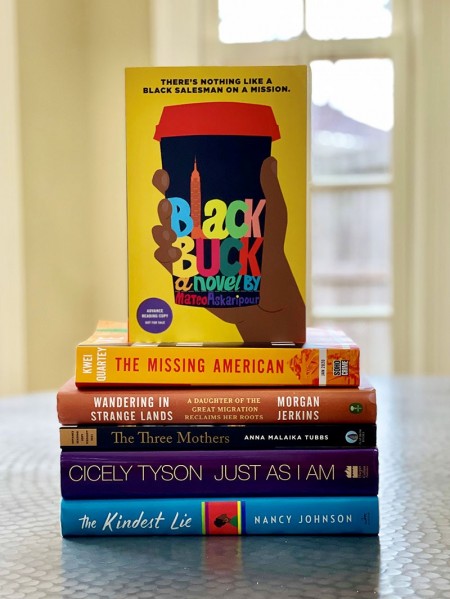 Need a new book to read? Check out these suggestions for Black History Month.

While reading is a fabulous form of entertainment, it also has many other benefits including the ability to transport a person to another time period, providing a means of travel when we are all stuck at home, and introducing readers to characters that leave an indelible imprint on them. But equally important is the fact that reading teaches empathy and understanding. Good stories put us in the shoes of the characters.

As the people of our country work to better understand each other and find a more united path forward, I believe that reading, more than almost anything else, will help us learn more about those who do not share our same background, culture and/or skin color and will help us bridge some of the gaps that currently exist.

To celebrate Black History Month, I am highlighting books written by black authors. The list is by no means exhaustive, but I tried to include a wide variety of genres and topics. Wonderful classics exist such as anything written by James Baldwin, Toni Morrison, Alice Walker, Maya Angelou and Langston Hughes (and plenty of others). Since hopefully most people are familiar with them, I decided to focus on newer titles that people may not have read and can hopefully introduce people to authors that they have not encountered yet.

The Address Book: What Street Addresses Reveal About Identity, Race, Wealth and Power by Deirdre Mask
Becoming by Michelle Obama
The Dead Are Arising: The Life of Malcolm X by Les and Tamara Payne
Four Hundred Souls: A Community History of African America, 1619-2019 edited by Ibram X. Kendi and Keisha Blain
Here I Am by Cicely Tyson
How to Be an Anti-Racist by Ibram X Kendi
A Promised Land by Barack Obama
The Three Mothers: How the Mothers of Martin Luther King, Jr., Malcolm X, and James Baldwin Shaped A Nation by Anna Malaika Tubbs
Wandering in Strange Lands: A Daughter of the Great Migration Reclaims Her Roots by Morgan Jerkins
White Rage: The Unspoken Truth About Our Racial Divide by Carol Anderson
The World According to Fannie Davis: My Mother’s Life in the Detroit Numbers by Bridgett M. Davis

Contemporary Fiction:
Black Buck by Mateo Askaripour
How to Fail at Flirting by Denise Williams
The Kindest Lie by Nancy Johnson
The Mothers by Brit Bennett
Real Men Knit by Kwana Jackson
Sing, Unburied, Sing by Jesmyn Ward
Ties That Tether by Jane Igharo
The Wedding Date by Jasmine Guillory

I would love to hear what you have read and loved for Black History Month. Please drop your recommendations in the comments below. And do not forget to shop at your local independent store when you buy books.