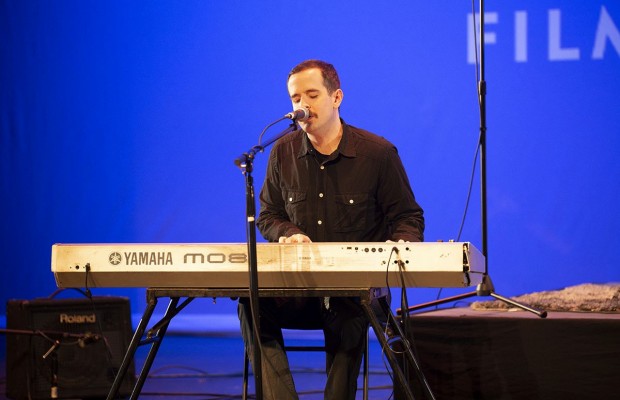 This week’s Name That Tune is brought to you Kyle Cousins, a freelance musician based in Houston. Kyle started Queen Lecacy, a tribute band in August of 2019 and has been performing with ReelAbilities since 2018. He came on to the Houston music scene and found it to be dynamic and inclusive. Read on for excerpts from our interview with Kyle. Watch his video to see if you can Name That Tune.

How did you get started performing?
I’ve been singing and performing live ever since I was a little boy. Early on, my parents recognized that I was good, and it was potentially something I could do professionally as a career.

When did your love for Queen begin?
I was pretty aware of Queen for most of my life. I knew who Freddie was and some of the more popular Queen songs – "Bohemian Rhapsody," "We Are The Champions," and "We Will Rock You." I liked the songs, but I wasn’t a hardcore Queen fan until I was about 16. I heard "Bohemian Rhapsody" with fresh ears. And for whatever reason, I became fully immersed in Queen. I looked up everything I could about them. They became my new favorite band, and they still are, by the way! And as a performer, I really am inspired by Freddie. The idea of the tribute band didn’t come to fruition until a few years ago. It was always something I dreamed about, though. It wasn’t until August of 2019 when I finally put the word out on social media that we were gonna start a tribute band. And it began from there!

Did you see the movie Bohemian Rhapsody? What did you think?
It was good! Rami Malek absolutely deserved that Oscar win. His portrayal of Freddie was spot-on. As a Queen fan, I spotted some inaccuracies. I noticed some of them. But overall, the movie was great! The best scene hands-down was the Live Aid recreation. That sold the movie for me! Everything he did live, how he performed live, how he interacted with the crowd – I studied hard. The thing about tribute bands is that you really have to be authentic. The fans will not accept anything less. You really have to do a good job with it!

How did you get involved with ReelAbilities?
I’ve been involved with ReelAbilities for 3 years now. My mom passed the word along about ReelAbilities to me. She told me about who they are and what they do, and I was intrigued, ya know? I made inquiries about it. I sent them some of my stuff, and I told them my story. They were really impressed! They wanted to have me. This was back when we were still playing at White Oak Music Hall. That was amazing too. Great performance and great band. Always, a diverse and interesting cast of performers. I love playing with ReelAbilities.

When you perform at ReelAbilities, do you perform with Queen Legacy?
I do my own thing. But in 2020 at ReelAbilities, there was a group performance where they were playing "We Will Rock You." So they had me appear as Freddie from his Live Aid Concert. I wore the white jeans and tank and slicked my hair back. That was pretty cool! In years past, I basically do my songs or did a couple covers. It’s usually me and the back-up band.

What the impact you’ve seen from ReelAbilities?
I love how ReelAbilities has put a spotlight on musicians with physical or mental disabilities. They are able to show off their abilities in really unique ways. I find it inspiring to see these performers express themselves in ways that really touch people.

Editor's note: ReelAbilities Houston Film & Arts Festival promotes inclusion and celebrates the lives, stories and talents of people with disabilities, making an impact that lasts far beyond the Festival.