Off the Grid Worries While Playing Musical Houses

It’s funny what I woke up worrying about in my warm home a day after power returned. I had to text my friend, Denise Estrin, “How is Lightning Rainbow?”

I learned about Lightning Rainbow while playing musical houses in the lovely Tanglewood home of Steve and Denise Estrin our one night without power. After we ran through our list of worries about pipes, power grids, and water pressure, we turned to grandkids.

Denise, like me, considers it her moral obligation to worry about her grandkids. Her 8-year-old grandson Harlan, who lives in Austin had a very realistic worry about his pet Bearded Dragon, Lightning Rainbow. For a year and a half, Lighting Rainbow has been dependent upon combination of overhead warming lights by day, and heat lights under a layer of sand in his aquarium habitat by night.

Harlan’s dad, Toby Schwartz said it became their number one family problem. “We were very worried. We had a plan to run a cable from my truck into the house to the heat lamp. We just didn’t know how long the truck would run,” said Toby. “After that we would take him to a shelter.”

The Schwartz family humans are seasoned cold weather campers with all the right insulated gear. They weren’t worried for themselves. But losing Lightning Rainbow would have amounted to a family tragedy. “We interact with him every day, he crawls around in and out of his cage and bobs his head a certain way when he wants something. He eats live worms. His throat gets a bright orange when he’s really warm and happy.”

So what happened to Lighting Rainbow? He’s fine. The Schwartz’s only lost power for an hour. So for now, everyone’s a happy camper. 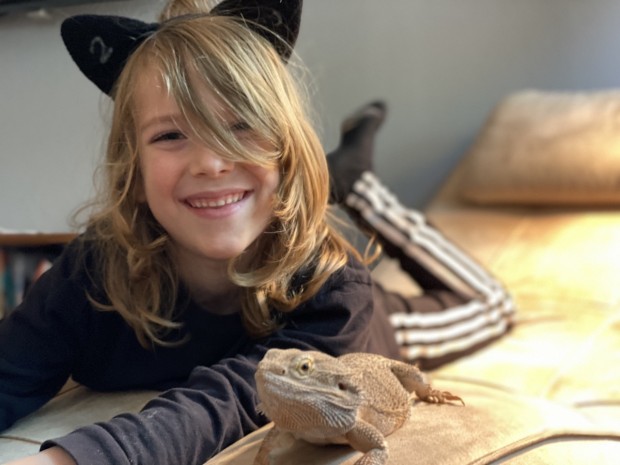 HAPPY CAMPERS 8 year-old Harlan Schwartz and pet Lightening Rainbow are getting past power outage worries that could have claimed this Bearded Dragon’s life. 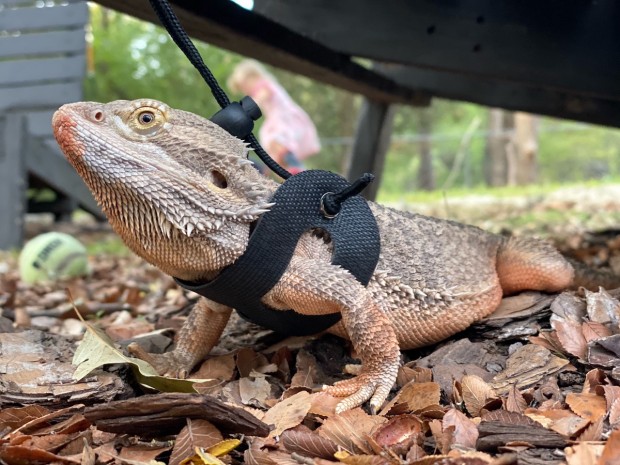