Respectful and Effective Dialogue at Emery 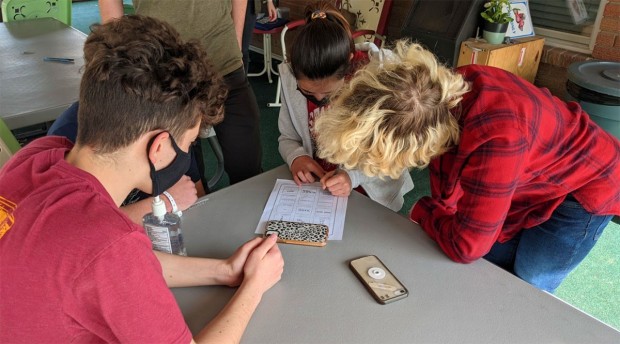 In lieu of the annual winter trips, Emery students stepped outside of the classroom last week to reflect on racial and religious “distance.” The programming began in a virtual conversation called 100 Voices with the Young Women's College Preparatory School (YWCPS), an all-girls school consisting of mostly racial minorities.

Students from the divergent schools were separated into small groups and discussed cultural identity, family origins, and race relations. Through meaningful, transparent dialogue, students explored cultural identities different from their own and gained new perspective.

"Although we are from different schools, it was so easy to form connections with the YWCPS girls in the Zoom meeting,” said junior Grace Chang. “Afterward, I felt closer to people of other religions and especially other races."

Emery students then dove into the controversial topic of the Palestinian and Israeli conflict with the Jerusalem Peacebuilders' (JPB) program. JPB is an interfaith organization whose purpose is to unite Israeli, Palestinian, and American teens through conflict resolution activities and prepare them to become peaceful leaders.

JPB led Emery students through various exercises that helped students define conflict and discuss both the conflict in their own lives and larger-scale conflicts such as the Palestinian and Israeli conflict.

“I really enjoyed JPB because it prompted me to think about the Palestinian perspective of the conflict, not just the Israeli one,” shared junior Sophie Kalmin.

In this week of programming, Emery students learned that the first step to narrowing the metaphorical distance between different races and religions is through discussion. Students were taught how to discuss these difficult topics respectfully and effectively, and Emery hopes that students will apply these skills to strive to be an even more diverse and welcoming community.