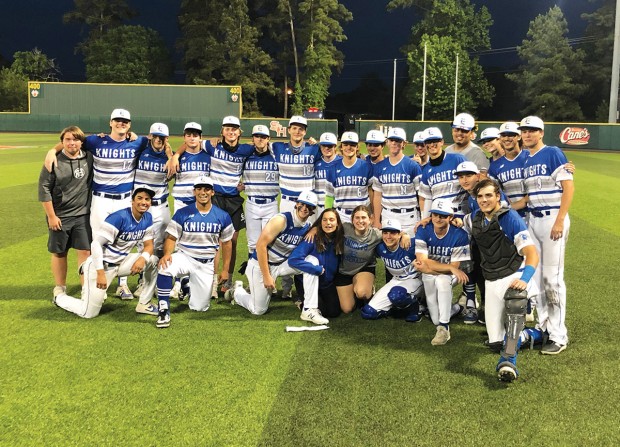 AT THE TOP The Episcopal Knights capped off a magnificent season by shutting out Fort Worth Country Day 4-0 to win the SPC baseball championship. Episcopal finished the season as the top-ranked private school in the state.

For the seventh time in the last 11 seasons, the Episcopal Knights won the SPC baseball championship. The Knights capped off a sensational 25-3 season with a 4-0 shutout victory over Fort Worth Country Day in the SPC title game.

“This was the best team I’ve had in my 19-year coaching career,” said Knights head baseball coach Matt Fox. “We were dominant in all phases of the game, including a 190-run differential in 30 games.” The Knights finished the season ranked No. 1 in the state among all private schools.

On the mound, Episcopal was led by a spectacular season from lefty Gunnar Brown, who posted a 7-0 record with a miniscule 1.2 ERA. In the championship final against Country Day, Brown fired a complete-game, 3-hit shutout. “Gunnar definitely evolved into the ace of our staff,” said Fox.

In addition, senior pitcher Stephen Pena was outstanding all season with a 1.4 ERA, while Tanner Fox was the winning pitcher in the Knights’ SPC South Zone victory over Kinkaid, and Marco Gutierrez was a big contributor both on the mound and at shortstop.

Offensively, the Knights’ lineup boasted a lofty .358 team batting average, led by center fielder Rafael Gross (.461 average) and a .412 batting average from catcher James Taussig. “It was a totally complete team and a great group of guys to coach,” said Fox. 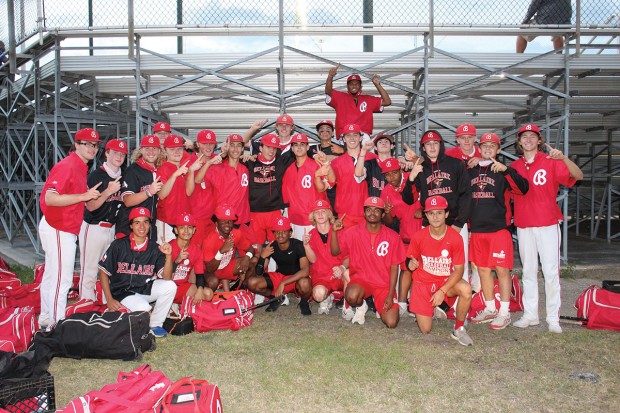 UNDEFEATED The Bellaire Cardinals finished first in district for the 20th time in the last 27 seasons. This year’s title marked the Cardinals’ first undefeated district championship since the 2002 season. (Photo: Suiki Boardman)

The Bellaire Cardinals baseball team closed out the regular season as one of the state’s winningest teams while also winning the District 18-6A baseball championship. The Cardinals went 26-5 with an undefeated 14-0 record in district play. It’s the Cardinals’ 20th district championship in the last 27 seasons, but the first undefeated district title since back in 2002.

“Like any of our great Bellaire teams, we pride ourselves on outstanding pitching and defense, and this year’s team was no exception,” said Cardinals head coach Nick Ozuna. “We have a fundamentally sound group of guys that work hard and play for each other.”

On the mound, the Cardinals boasted a dynamic duo in senior Parker Smith and junior Seth Broadwell. Smith owned a 6-1 record on the season with a 1.14 ERA and was on the mound for both key district victories over rival Lamar. Broadwell owned a 7-0 record with one save and a 0.98 ERA.

At the plate, four-year starting third baseman Caden Biedermann led the way with a .400 batting average, while junior shortstop and leadoff hitter Hondo De La Garza “ignited” the offense, according to Ozuna. “We have a great group of kids who are a lot of fun to coach. We were led by 15 seniors on our 25-player roster. That sort of veteran-type experience played a key role in our success.” 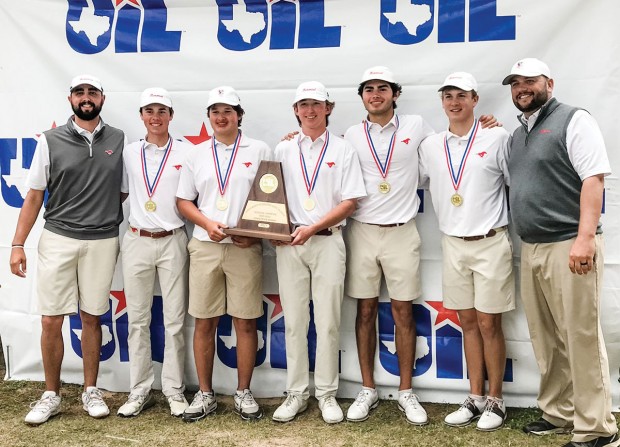 “After a tough start, our guys really turned it on in the second round to bridge the gap,” said Mustangs golf coach Clayton Brady. “Our senior Jeffrey Zatorski, who’ll play in college at Texas, was unbelievable on the second day with an even par 71. After a rough start, he played his last 12 holes at four under par. He definitely showed up when it mattered most.”

In addition, Martinez played more like a seasoned veteran than a freshman while posting the Mustangs’ lowest total score (72-72) over the two rounds of the tournament. Overall, Martinez finished seventh in the individual standings. Meanwhile, with a blistering 1-under par 70 in round two, Gardner tied for the low round of the day.

“Those guys all came up big, as did Preston with an even par 71 on day one to help keep us in the tournament, while Walker’s 72 in round two was also big. He was extremely consistent over both rounds of play,” said Brady. “The biggest thing about this group of guys is that they are extremely selfless, and they love the game of golf. We have15 guys on our golf team who are good enough to have played at regionals, so we have an extremely deep team who all push each other to get better.”