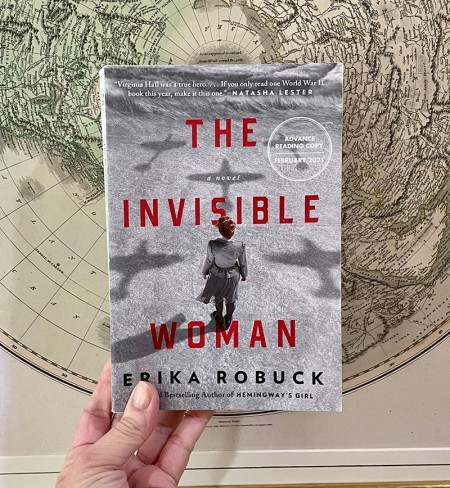 In honor of the anniversary of D-Day this week, I am highlighting some of the many World War 2 historical fiction titles that are out or will be coming out in 2021. World War 2 stories continue to fascinate readers – the immense size of the conflict, both in length and number of countries involved, provides almost endless inspiration for storytelling. Moreover, the courageous citizens who fought the Nazis in numerous ways and the untold stories of the brave women who stepped up to do their part to help win the war make engrossing tales.

Here are some new and fabulous books about World War 2:

The Forest of Vanishing Stars by Kristin Harmel (out in July) – Kidnapped and raised in the eastern European wilds, a young girl is left abandoned after her captor dies in 1941. When she stumbles across a group of Jewish refugees running from the Nazis, she is astounded and dismayed to learn about their plight. Relying on her familiarity with the surrounding wilderness to help the fleeing individuals, she teaches them how to survive outdoors until a stunning betrayal upends her life.

The Invisible Woman by Erika Robuck – Robuck brings real-life heroine Virginia Hall to life, highlighting her immense bravery as an Allied spy in German-occupied France during World War 2. She vividly depicts Hall’s extraordinary heroism amid the horror of the Nazi atrocities while also shining a light on the thousands of regular people who bravely joined the Resistance (and put their lives on the line) to ensure that their country would not fall to the Nazis. I read this one in less than 24 hours and absolutely loved it.

The Last Green Valley by Mark Sullivan – Beneath the Scarlet Sky author Mark Sullivan returns with another epic World War 2 story, based on the true story of the Martel family, a Ukrainian family who ended up in Montana after a long and harrowing journey to escape Stalin and Hitler’s brutal regimes. Using his interviews with sons Bob and Walter Martel (now in their 80s), a trip retracing the route the family took and other research, Sullivan brings to life another little-known tale of perseverance and bravery in the face of incredible hardship.

The Rose Code by Kate Quinn - The Rose Code opens in 1947 just days prior to the British royal wedding when Osla, a codebreaker who worked at Bletchley Park during the war, receives a coded letter that makes her question certain things about her time at the code-breaking facility. Alternating between 1947 and an earlier timeline which begins in 1940, The Rose Code tells the story of three very different women who work at Bletchley during the war and who must later ferret out the traitor who once operated among them.

Sisters in Arms by Kaia Alderson (out in August) – Debut author Kaia Alderson’s book is inspired by the true story of the women of the 6888th Central Postal Directory Battalion (the Six Triple Eight), the only all-Black battalion of the Women’s Army Corp during World War 2. Tasked with crossing the Atlantic to ensure U.S. servicemen received word from their families during the war, these brave women not only dealt with the regular dangers of war, but they also had to contend with racial injustice and those who wanted them to fail.

The Woman with the Blue Star by Pam Jenoff – The Woman with the Blue Star is based on true stories of Jewish people in Poland living in city sewers during the war to avoid being sent to concentration camps. In Krakow, Poland, two women from very different backgrounds, one living in a sewer and the other who discovers her horrific situation, forge a friendship in extraordinary circumstances and find themselves tested by the horrors of war. This book is a testament to the power of human connection and an incredible tale of survival against the odds.

I would love to hear your favorite World War 2 story, feel free to drop it in the comments below!