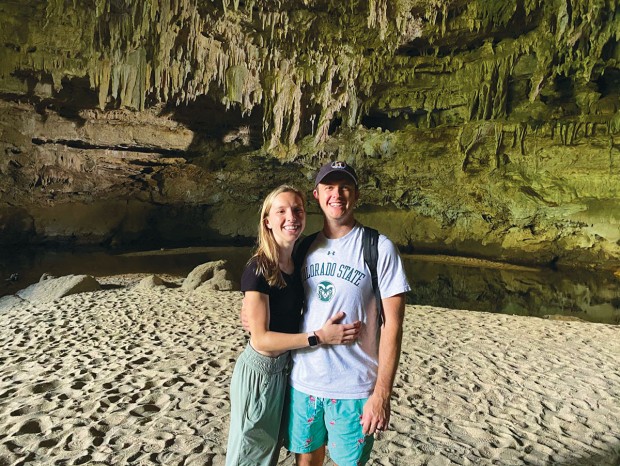 Belize honeymoon. While Sarah Slack grew up in Memorial, Daniel Nondorf grew up in the Heights, but they met as undergrads at Colorado State University. They married on May 30, 2020, at Memorial Drive United Methodist Church during the height of the pandemic with no guests allowed, but they celebrated with friends at a reception last September. Their delayed 10-day honeymoon in Belize was split between an ecolodge in the jungle, Chaa Creek, and a beachfront paradise, The Lodge at Jaguar Reef. They had lots of options to explore caves, hike, snorkel, check out a butterfly farm and a medicine trail, and use kayaks and bicycles. It was all wildly civilized. 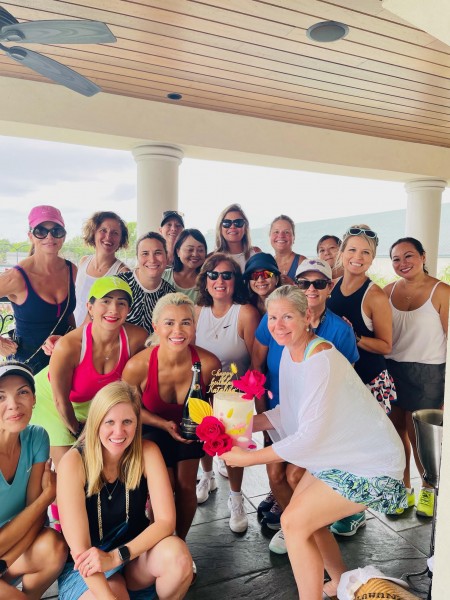 A messy hair kind of day. Katalina Cohen threw a “fake 30” celebration at her favorite place, Club Westside, with 30 friends. It combined all her fave activities – to eat, play tennis with energetic music, play mah-jongg, and hang out with her different friend groups. Her hubby, Michael Cohen, and their sons, Robert and Sawyer, and daughter Taiana joined the group on the lazy river and on the scary slide. The others went around the river in a tube, sipping margaritas or to see the exotic animals there. After the tennis match, they hydrated with champagne, of course, on the balcony. What’s her real age? No need to know.

On the road again. The trip started in May and ended in July. Mary and Jim Gosnell covered so many destinations that the agenda filled a few pages. They were surprised that Atlanta was the slowest to reopen, with the World of Coca-Cola and the College Football Hall of Fame being the few tourist places to see. They climbed Stone Mountain in Georgia and, at The Inn On Biltmore estate in North Carolina, sunk into Adirondack chairs to savor the sunsets while sipping scotch. The afternoon tea at The Greenbrier resort and the Cleveland Rock & Roll Hall of Fame both held their attention, as well as a tour of the Henry Ford Museum, Greenfield Village, and Ford’s River Rouge plant in Dearborn, Michigan. Their “down” time was spent in a cottage built in the early 1900s owned by Jim’s grandparents. It sits on a sand dune overlooking Lake Michigan, a complete getaway respite.

Alaska and after-shock. Jessica Forsdick proved you can have an Alaskan adventure over a weekend. The Memorial Day jaunt started with the red eye flight on a Thursday, and she returned on Monday. A six-hour Kenai Fjords National Park glacier and wildlife cruise offered vistas of humpback and killer whales, otters, glaciers, puffins, and more. She saw other wild animals on a tour bus to the Alaska Wildlife Conservation Center. A dinner at The Crow’s Nest restaurant up in the Anchorage skyline ended the trip on a high note. She was surprised at the 20-ish hours of daylight, but the real shocker was a magnitude 6.1 earthquake that shook the ground as it set off car alarms.

The Wadler Wild West way. A 12-day trip that started in Sedona took David and DeDe Wadler to Bryce Canyon and Zion national parks in Utah and on a drive down Highway 101 from Carmel to Santa Barbara, Calif. A highlight (literally) was a helicopter ride through the Grand Canyon. David thought Zion’s tall sandstone cliffs and archeological sites were like another planet. They attended a film fest in Sedona that honored costume and dress designer Bob Mackie, who they met at breakfast the next day. They had a great schmooze and photo op all designed to show and  tell.

They’ll be back. Keith and Meredith McCarthy took a four-day jaunt to Newport, Rhode Island, at the Castle Hill Inn. While they marveled at the beautiful weather and great views, they also spent four days in the resort town of Sun Valley, Idaho. They loved the crisp 73 degrees, the trails, and the friendly people. 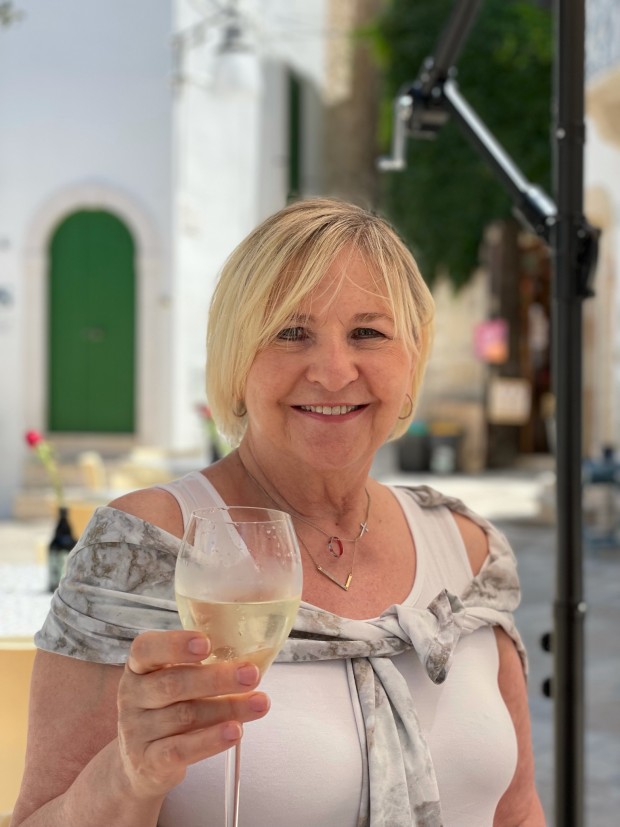 Italian coast. Lyn Sullivan bought a 300-year-old house in the Ligurian region of northwest Italy in January 2019. It’s in a little medieval village with a full-time population of 53 people. She renovated it remotely during the first year, since the last time she had been there was January 2020. Returning 16 months later, she saw that everyone was excited to have visitors. The only restaurant in the village had just reopened. Neighbors brought her fresh fruits and vegetables from their gardens, and she was invited for coffee and dinners. She felt like a rock star. 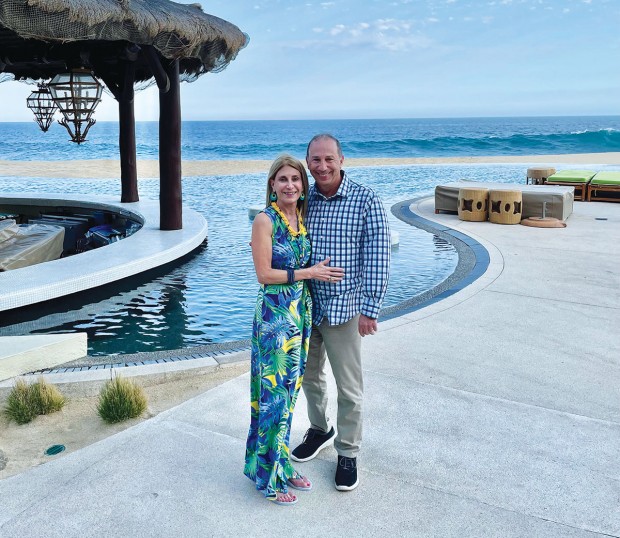 A view to dine for. Bob Diamond had to cancel the 40th-anniversary surprise trip for his wife, Joyce, due to Covid. A year later, he planned another one to surprise her again with four nights at the Waldorf Astoria Los Cabos El Pedregal. They got perfect weather, a plunge pool overlooking the Pacific, superior service, and a walk through a tunnel in the mountain. The resort’s touted chef did not disappoint, as they dined on an exquisite dinner in a cliffside restaurant with waves crashing on the rocks below. The surprise was a splash indeed.

Party on. Originally, the birthday gal celebrating a big milestone birthday wanted to have a big smash too. But then several trips interfered, one to help a cousin recuperate after surgery. No problem. Lots of friends stepped in to arrange a series of birthday lunches and dinners for Barbara Marcus. She’s probably still blowing out the candles. Happy 75.