Author Q & A with Kristin Contino 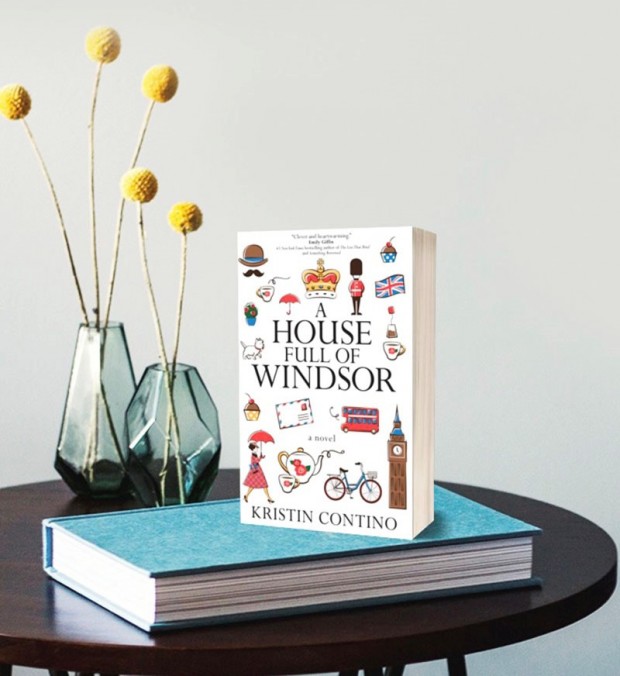 In A House Full of Windsor, a fascination with Diana and Charles bleeds into a family's lives.

Sarah Says was the “it segment” on New York’s top morning show. But ratings are falling and Sarah no longer seems to have a household tip to solve everything. Debbie Windsor, Sarah's mother, is a compulsive hoarder, a secret Sarah has worked to keep hidden. Debbie was always obsessed with royalty, but when her real-life love story mimicked Princess Diana's, she turned to collecting royal souvenirs. When Sarah's brother gets a job on Stuff, a TV show about compulsive hoarding, he suggests their mother for an episode and promises his famous sister's participation leading to some high-stakes family drama.

When she's not writing fiction, Kristin serves as chief reporter at Royal Central, where she covers royal news from around the world (and tries not to buy too many of the Duchess of Cambridge's outfits). This July 2021 marks what would have been the 60th birthday of Princess Diana and the 40th anniversary of her wedding to Prince Charles. I hope you enjoy our Q & A.

What inspired you to start writing A House Full of Windsor?

I was watching an episode of Hoarders one weekend and was really intrigued by the mother/daughter dynamic that played out, particularly how the daughter’s romantic relationships, career, and overall perspective about life had been impacted by the house she grew up in. I decided to write a mother/daughter story like this but added a very specific collection and reason behind the hoarding – hence, the Princess Diana obsession.

What kind of research did you have to do? 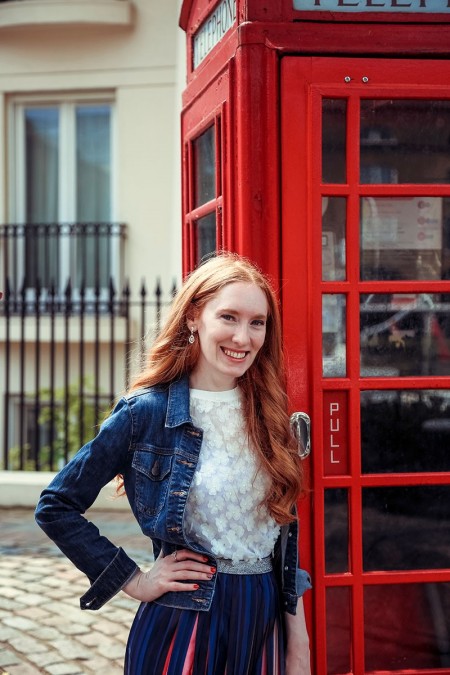 A House Full of Windsor is Kristin Contino's second novel, and when she's not writing fiction, she serves as chief reporter at Royal Central, where she covers royal news from around the world.

As someone who has followed the royal family pretty much my whole life and lived in London, I didn’t have to do much researching there other than double checking timelines or the interior details of some of the places they went. I did re-watch Charles and Diana’s wedding and went through a lot of photos and news footage to get some extra flavor for the chapter when Debbie and Alan camp out for the royal wedding.

In terms of hoarding, I read several nonfiction books about hoarding and plenty of articles online, as well as reading forums for children of hoarders. I do know someone whose mother is a hoarder, so she was helpful to interview when it came to Sarah, Will, and Anne’s perspectives.

It’s really easy to hold on to things that remind you of the past (both physical stuff and emotional baggage) so I hope Debbie and Sarah can inspire some people to forgive and move on. I did have several people tell me the book gave them a kick in the pants to get rid of a lot of things in their house, so that’s an unexpected benefit I suppose!

Do you have any say in what your book cover looks like?

I actually had a huge amount of input, which I know isn’t the norm. We went through several rounds of ideas before getting to the final cover, which couldn’t be more perfect. I was really hoping for an illustrated cover, so I’m thrilled with how it turned out and love how it also represents a lot of the British-themed “stuff” in Debbie’s home.

What is the most difficult part about writing for you?

Finding the time! I have a day job, and I also write about the royal family for a news site called Royal Central, so I’m squeezing fiction writing into the cracks of my day. A lot of times, it just doesn’t happen (unless I’m on a deadline, of course!). I’m a person who needs accountability so fortunately, I have two great critique partners. We recently re-started a schedule where I’m sending a batch of new chapters every other week, which is keeping me on track to finish my next book by the end of the year.

What are you reading now and what have you read recently that you loved?

I’m about to start The Grace Kelly Dress by Brenda Janowitz, which I’m really excited about! (Editor's note: For more on The Grace Kelly Dress, see this Q&A with Brenda Janowitz here.) One of my favorite books I’ve read this year was Sister to Sister by Olivia Hayfield, which is the follow-up to Wife After Wife, a modern retelling of Henry VIII and his wives where Henry runs a British media empire. Sister to Sister is a twist on Elizabeth I and her half-sister, Mary. Both are brilliant, even if you aren’t a Tudor history fan!