When you think of Saint Thomas’ Episcopal traditions, a few things come to mind. Most think of bagpipes, lots of plaid, or even Fall Fair. However, the seniors and freshmen have a tradition of their own: Senior Freshman Field Day.

“I was really excited to get to know some of the seniors. I didn't know a lot of them on my team, so it was nice to really get to know them better,” said freshman Emily Calvert.

The freshman and seniors had lunch together before the activities and were given a bandana to represent the color of their team.

Senior Campbell Brickley said, “Field Day was really fun because you got to know your team in a way that was much better than just talking to them.”

All of the seniors and freshmen got seventh period off in order to participate in Field Day. The teams gathered at the front steps of the chapel and were given their first station of activities.

The activities were organized by the Student Foundation who hosted the event. Some of the activities included egg races and paper plane challenges. Freshman Norah Watts said that her favorite activity was the relay race. In the race, participants ran to and around a tree and tagged the next person in line. Norah said, “I like to run, so I knew for sure that I would be good at that.”

With every activity finished, each team would gather back around the steps of the chapel.

“Honestly, my favorite part was winning,” said Emily. Although her team didn't win, Campbell said that bragging rights would've been the best prize. She also noted that the pizza party awarded to the winners would've been “totally ok with me!” 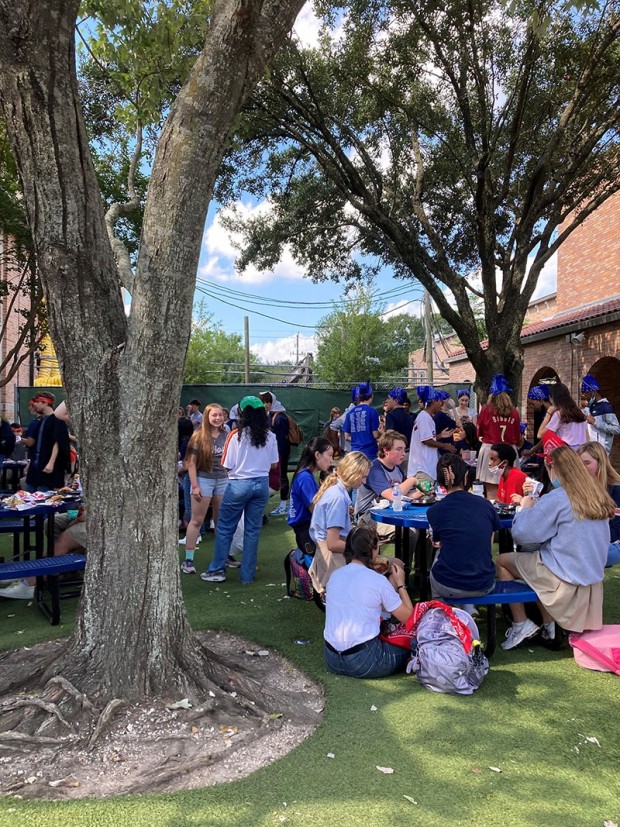 Freshman and Seniors had lunch before they participated in field day activities. 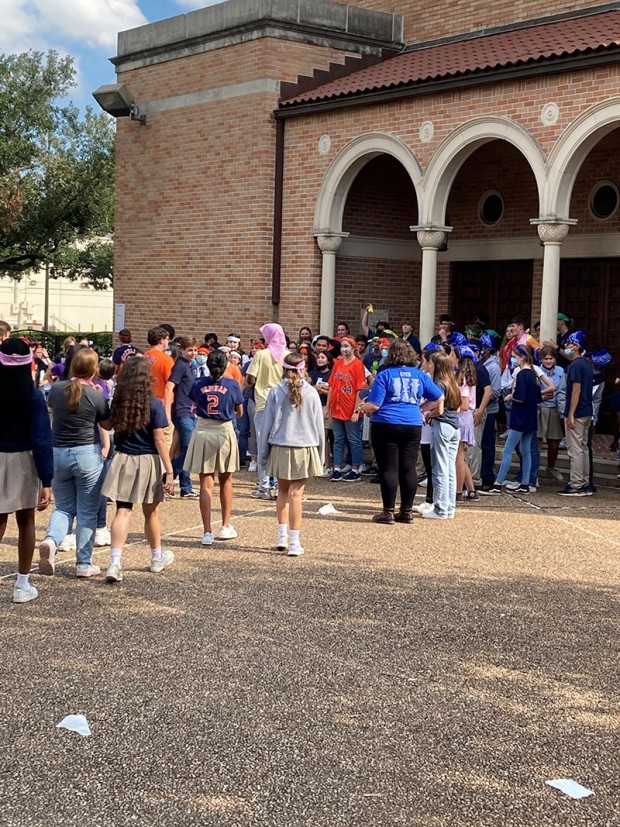 After finishing the activities, each team gathered at the front of the chapel steps to hear the announcement of the winners. 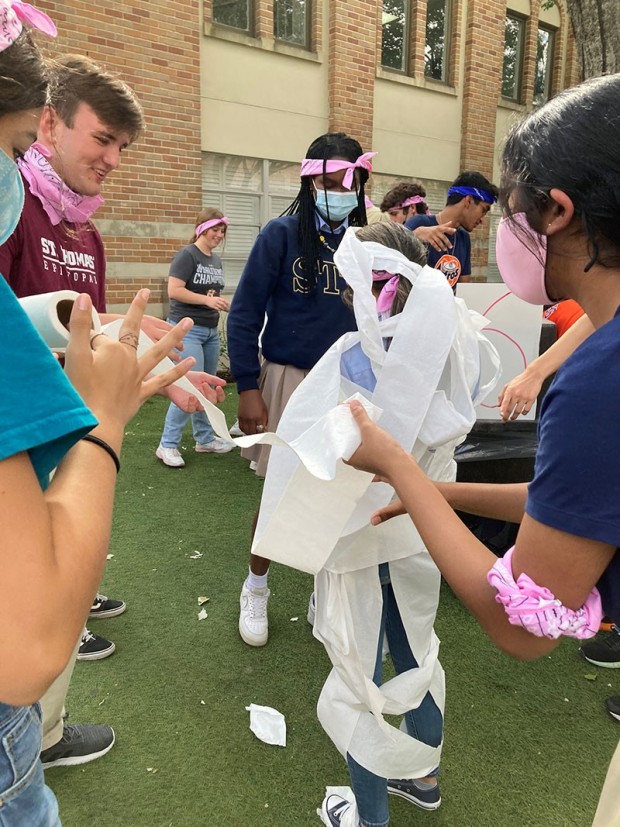 The pink team tried to complete task six, wrapping one senior and one freshman in toilet paper.