STE’s Bagpipe Band Performs at Dickens on the Strand 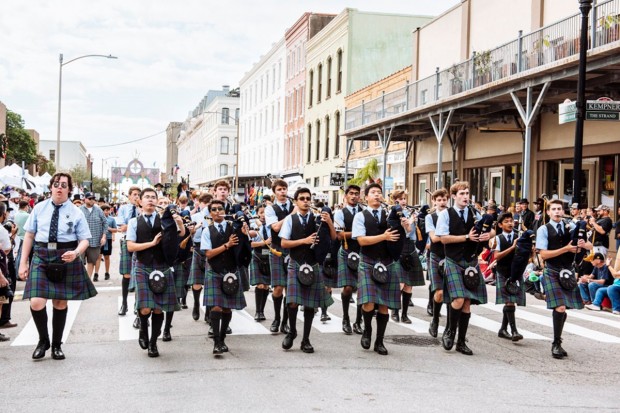 STE's A, B, and C Bands march in The Queen's Parade. (Photo: Sonya Sellers)

Exhilarating. Electrifying. Ecstatic. This is how Saint Thomas’ Episcopal School’s pipe bands felt as they marched in the parade at Dickens on the Strand on Dec. 1.

Performing at Dickens is a long-standing tradition for STE’s band and dancers, and every student was buzzing with excitement on the long bus ride to the event in Galveston. Dickens on the Strand is an annual Christmas festival known for transporting its visitors back some two hundred years to the 19th century. Visitors dress up in Charles Dickens-era styles and enjoy the many street performances, diverse food stalls, and small shops selling various 19th century-style ornamentations.

“Obviously, there are countless people clothed in Victorian-era garments, but there are also steampunks, pirates, clowns, popes, old-timey policemen, etc. You just never know what you're going to find at Dickens! The kids seem to have as much fun people-watching as they do performing,” explained drumming instructor Brandon Thomas. 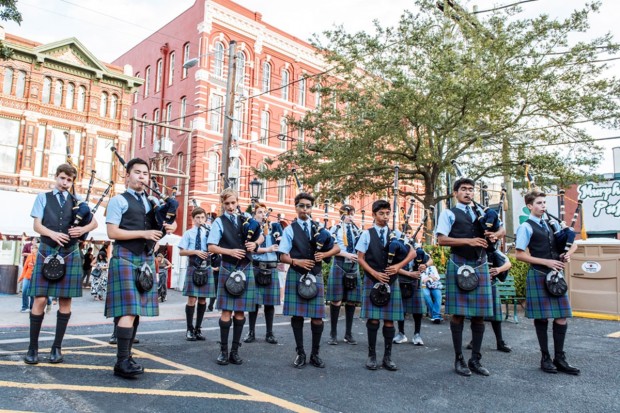 The main attraction for most visitors were the parades. STE’s band played in both The Queen's Parade and Pickwick's Lantern-light Parade. Excited crowds lined the streets as the procession progressed through, watching performers and characters wave as they walked by.

The crowd’s cheers and shouts grew louder as the sound of STE’s bagpipes and drums reached their ears. Kilts swishing as they marched, Saint Thomas’ Episcopal School’s A, B, and C Bands performed. They played several different sets including Deep in the Heart of Texas, Scotland the Brave, and America the Beautiful. 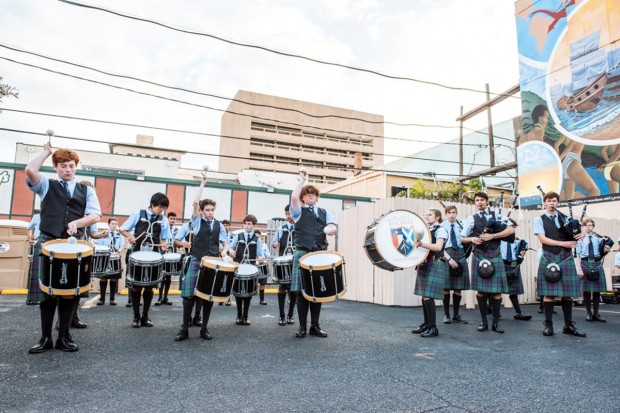 “It was pretty cool. The people were always paying close attention, and after every time we finished a set, they started cheering like crazy,” explained Navin Sankar, the lead snare drummer for the B band.

Not only did they perform during the parades, but the band also played at other events including two stage shows and a special performance for the Tremont House. In their downtime, band members enjoyed the amenities the festival had to offer. Students explored the various venues and watched street performers’ shows.

“It was really nice to be there again and to feel like things were starting to get back to normal after having so many things canceled due to the pandemic,” B band bagpiper, Karissa Phang, commented. 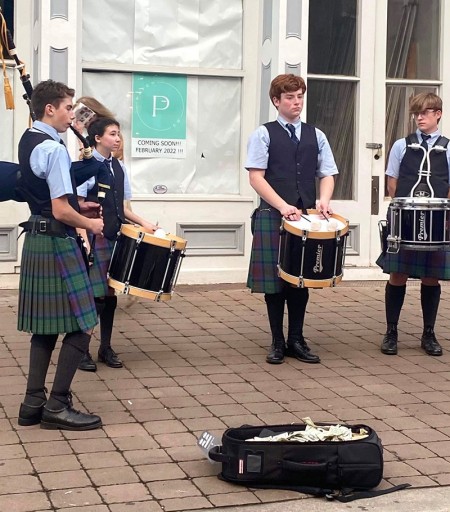 Some members of the band are allowed to go busking, a special privilege given to students who are in the A band. These students play in small groups of five on the street and earn some money from spectators.

“I think my favorite part of the experience was going busking with a group of friends. We were able to play for the people there so that whoever wanted could come and listen. It was just really fun and enjoyable to play with friends casually,” explained Kathleen Lopez, an A band tenor drummer.

From exciting performances to enthralling vendors’ stalls, it is clear that this STE tradition is beloved by students. STE’s band and dancers are excited to continue this tradition again next year and for many more years to come.