Books to Read for Valentine’s Day 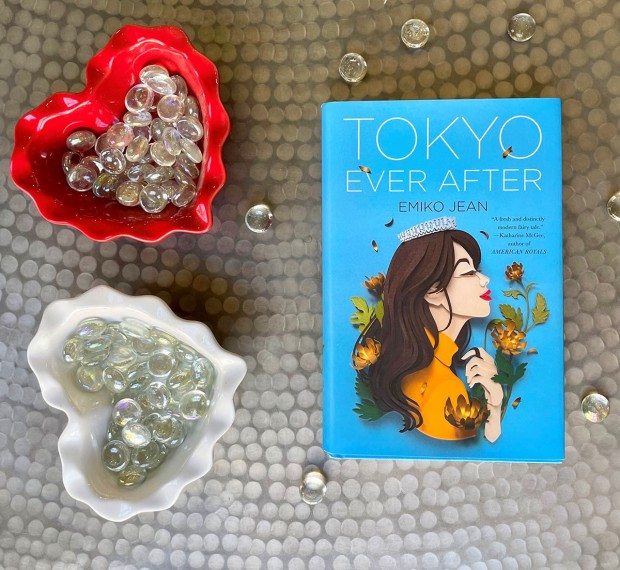 Looking for a great love story? Try one of these six books.

Valentine’s Day is fast approaching so I am highlighting six stories about love. I am not a big rom-com reader so while these are all love stories, they are not all happily ever after stories. For those who do want a true love story with a “happily ever after” or a “happy at least for now” ending, I have starred the ones that qualify. Happy Valentine’s Day!

Here are six love stories to get lost in:

*Beach Read by Emily Henry - This literary love story is smart, humorous and highly entertaining and addresses substantive issues interspersed in a clever romance. Beach Read follows two writers, a romance novelist and an author of literary fiction, who are both impeded by writer’s block and struggling to meet looming book deadlines. Polar opposites in every way and encumbered by prior misconceptions about each other, January and Augustus are thrown together when they rent neighboring beach houses. Late one evening, they agree to swap genres: January will write a heavy drama, and Augustus will compose a happily-ever-after story. To research their books, they will spend time together visiting various local spots and in the process (of course) learn more about each other.

*Feels Like Falling by Kristy Woodson Harvey - Set in coastal North Carolina, Feels Like Falling tells the story of two women who finds themselves in drastically changed circumstances and whose unlikely friendship changes the trajectory of their lives. After losing her mother to cancer, her sister to a crazy husband, and her husband to his assistant, Gray unwittingly gets a local pharmacy clerk named Diana fired from her job. Hours before, Diana had broken up with her boyfriend and moved out of their shared apartment. Feeling responsible for Diana’s job loss, Gray invites her to live in her unoccupied guest house, and as their friendship grows, each learns what it really means to find happiness and fulfillment.

In Five Years by Rebecca Serle - What would you do if you had a brief glimpse into the future and saw that you were living a completely different life than the one you were currently living? In Five Years tackles this topic when Dannie, a highly driven woman who refuses to stray from the goals she set for herself when she was young, falls asleep and wakes up five years in the future with a different engagement ring, a new apartment, and another man in this new apartment. After spending an hour in the future, Dannie falls asleep and returns to her regular, present-day life. She is shaken by this fateful hour in the future and struggles to return to her structured life continually wondering if what she experienced was a dream, a vision or something else entirely. The premise for this book is highly original, and Serle’s execution of the concept is both clever and thought-provoking.

*Sex and Vanity by Kevin Kwan - The book begins on the island of Capri in 2013 as the main character, Lucie Tang Churchill, attends the wedding of her friend Isabel Chiu. The wedding couple has transported 400-plus guests to the island to celebrate their nuptials with a 5-day itinerary chock full of hilariously, over-the-top events. While Kwan provides extravagant details about each event, he maintains a somewhat tongue-in-cheek attitude towards his uber-wealthy and blue-blooded characters which makes reading about the events highly entertaining. In Capri, Lucie meets George Zao and develops feelings for him but denies them because she frets that he will not be acceptable to her father’s family. Five years later, Lucie is vacationing in East Hampton with her new fiancé Cecil Pike when George unexpectedly appears and sparks fly again. Houstonians will enjoy the references to two private high schools in the area and a prominent River Oaks street.

Songs in Ursa Major by Emma Brodie – This beautifully-written debut tells a fictionalized, loosely-based version of the relationship between James Taylor and Joni Mitchell in the late 1960s. This coming-of-age tale follows Jane Quinn, a talented singer, as she rockets to stardom, encounters extreme sexism in the music industry, battles with wanting to stay true to herself and her music, whether to choose love or a career, the stigma of mental illness and more. Brodie brings the music of the era to life and had me wishing I could actually listen to Jane’s music. Songs in Ursa Major is truly stunning and was one of my favorite books of 2021.

*Tokyo Ever After by Emiko Jean -  Tokyo Ever After is a YA book that takes place in California when it opens, and Izumi lives with her single mom. Early on, Izumi finds out that her father is the Crown Prince of Japan. She decides to visit Tokyo to meet him and from the very beginning of her visit things go awry. Izumi has a strong and independent personality, which does not sit well with the royal family. Jean brings Tokyo and Kyoto, where Izumi takes a small side trip, to life with fabulous details about the city, the food, and the culture.