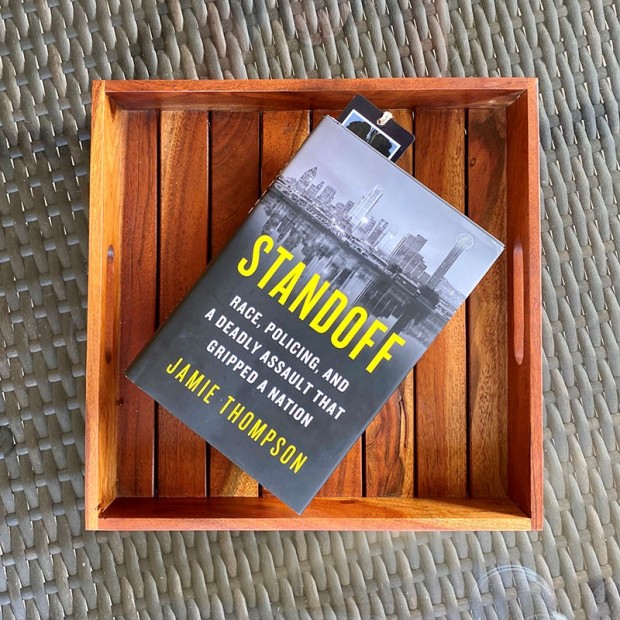 On July 7, 2016, five Dallas law enforcement officers were killed and 11 people were wounded when a gunman opened fire at a march protesting the deaths of two Black men, Philando Castile and Alton Sterling, at the hands of police officers. Jamie Thompson provides a balanced accounting of that tragic day and the equally tragic events that led up to it.

February is Black History Month. Last month in my Page Turners column for Martin Luther King, Jr., Day, I compiled a long list of books by Black authors to read across a variety of genres. Today, I am highlighting some nonfiction titles by Black and white writers in more depth that make great reads and cover the topic of race during Black History Month. These six books address a variety of issues and highlight some important people or monuments in time that history had previously forgotten.

The Address Book: What Street Addresses Reveal about Identity, Race, Wealth, and Power by Deirdre Mask - When Mask stumbled upon “Addressing the World, An Address for Everyone” and learned that many households in the world do not have street addresses, she started investigating. Her research led her to write this fabulous and fascinating history of how streets are named, who counts and who doesn’t, and what happens today when someone does not have an address. This book is a must read.

Footnotes: The Black Artists Who Rewrote the Rules of the Great White Way by Caseen Gaines – Footnotes tells the story of the creators behind Shuffle Along, the first successful Broadway musical to have an all-Black creative team and cast. Timed to publish around the centennial of Shuffle Along’s May 23, 1921, opening on Broadway, Footnotes details how Noble Sissle, Eubie Blake, Flourney Miller, and Aubrey Lyles produced the trailblazing musical that left a lasting mark on popular culture and helped kick off the Harlem Renaissance. It is a fascinating glimpse into an important cultural event.

Robert E. Lee and Me: A Southerner’s Reckoning with the Myth of the Lost Cause by Ty Seidule – Former head of the West Point History Department, Southerner Ty Seidule’s Robert E. Lee and Me addresses the ways in which the South has perpetuated the “Lost Cause” myth (that Robert E. Lee was the greatest man who ever lived and that the Confederates were honorable underdogs) and seeks to bust this and other myths about the Civil War. He also challenges the notion that confederates should be honored for attempting to preserve slavery and committing treason against the United States and highlights that most of these monuments were erected as rebuttals to Reconstruction. Part memoir, part reflection, Robert E. Lee and Me seeks to explain why the country has not yet come to terms with its past.

Standoff: Race, Policing, and a Deadly Assault That Gripped a Nation by Jamie Thompson – On July 7, 2016, five Dallas law enforcement officers were killed and 11 people were wounded when a gunman opened fire at a downtown march protesting the deaths of two Black men, Philando Castile and Alton Sterling, at the hands of police officers. Using exhaustive research and extensive firsthand accounts, Thompson provides a balanced accounting of that tragic day and the equally tragic events that led up to it, while also delving into the social and political forces that contributed. Her retelling of the shooting and its aftereffects is through the eyes of those present which is a very effective format. Sadly, a takeaway from Standoff is that not much has changed since 2016.

The Three Mothers: How the Mothers of Martin Luther King, Jr., Malcolm X, and James Baldwin Shaped a Nation by Anna Malaika Tubbs – While much is known about Martin Luther King, Jr., Malcom X, and James Baldwin, most people are unfamiliar with the exceptional women who raised these three great men: Alberta King, Louise Little, and Berdis Baldwin. In her seminal debut, Anna Tubbs brings these women’s stories to life and emphasizes their efforts to inspire and protect their children who were born into a society that resented them from day one. This beautiful homage to Black motherhood is highly relevant for today’s world. 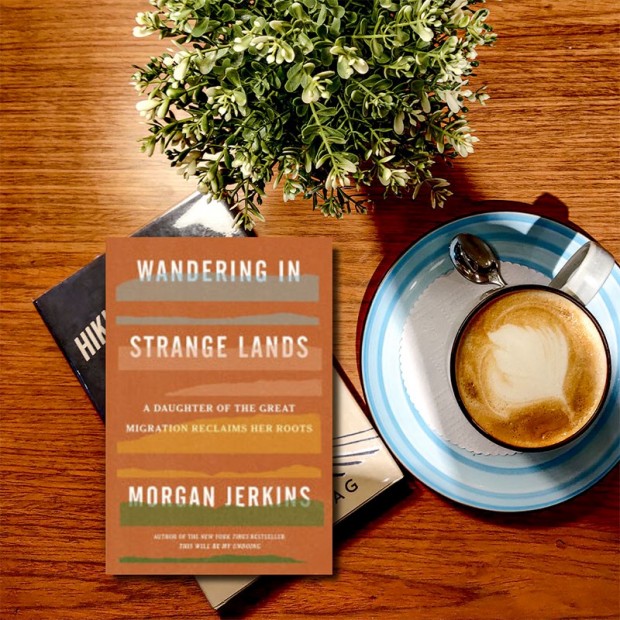 Taking a personal approach to the effects of the Great Migration, Morgan Jerkins recreates the paths her ancestors took out of Georgia and South Carolina and studies the loss of familial knowledge and the impact on personal identity.

Wandering in Strange Lands: A Daughter of the Great Migration Reclaims Her Roots by Morgan Jerkins – During the Great Migration, over six million Black people left their rural Southern homes seeking better economic prospects in the North, West, and Midwest. Taking a personal approach to the effects of the Great Migration, Jerkins recreates the paths her ancestors took out of Georgia and South Carolina and studies the loss of familial knowledge and the impact on personal identity. Her premise provides a fresh and enthralling deep dive into one woman’s attempt to understand her roots and her family’s legacy. Thought-provoking and incisive, Wandering in Strange Lands is a timely tale. I listened to the audiobook, which Jerkins narrates.