Stratford Playhouse, Past and Present 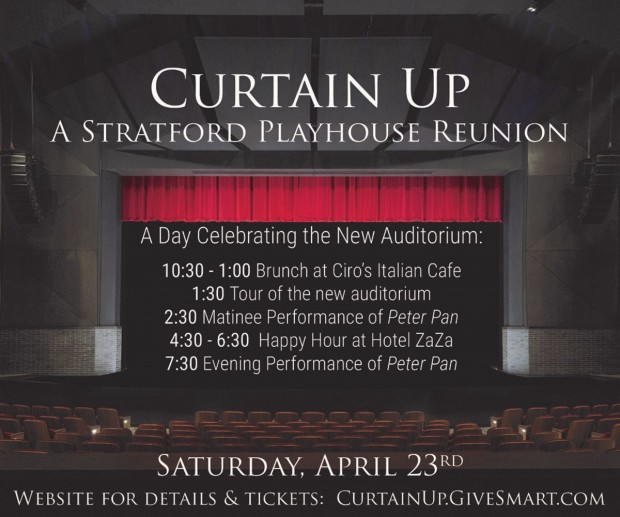 A celebration of the new Stratford Playhouse auditorium.

Stratford Playhouse will open its new state-of-the-art theatre on Saturday, April 23. Opening day  festivities will start with Brunch and Bubbles at Ciro’s Italian Grill, 9755 Katy Freeway, at 10:30 a.m., followed by a tour of the new auditorium at 1:30, and a matinee performance of Peter Pan at 2:30.

Junior Anna Rigo will play Peter Pan and is ready to fly. Anna is excited that the new theatre is equipped with an elaborate fly system that allows up to seven cast members to fly at the same time.

Anna explains that “this show is truly magical!” Cast member Nico Gualy adds that the show is filled with lots of quick, fun choreography.

With an auditorium that now matches the long-established Stratford talent, the Peter Pan script allows this year’s cast and crew to capture an audience of all ages by allowing them to experience things they’ve never seen at Stratford before.

Director CeCe Prudhomme calls the 1,100-seat theatre “the crown jewel of the district.”

Rehearsals for the play moved to the new theater on March 22. Anna says, “it’s incredibly exciting and adds a whole new energy to the cast to get to rehearse in the gorgeous new space.” Nico expounds, “It is amazing being one of the first in the new space.”

Anna concludes that “the reunion is a really exciting opportunity to get to meet members of Stratford Playhouse from long before I was here. To get to open the new theater for people who have been a part of Stratford for this long is a unique opportunity, and I’m super honored to be a part of it.”