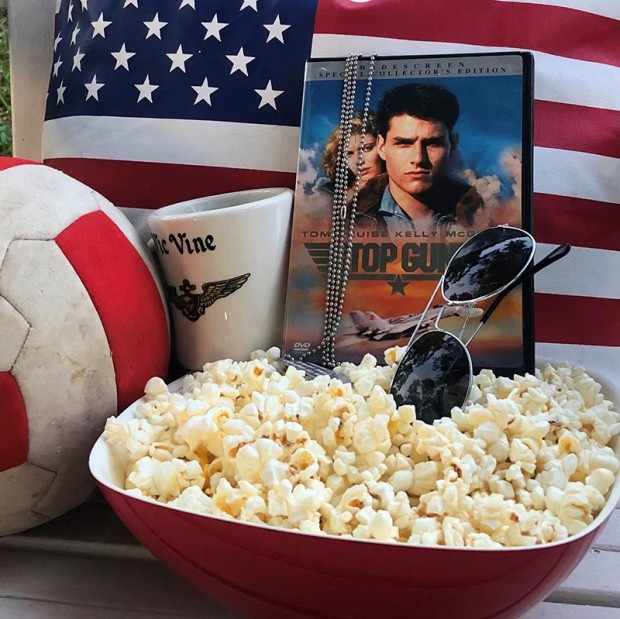 Fire up some popcorn and your DVD player! Embrace your inner fighter pilot and grab your favorite wingman. It's time to enter the Danger Zone! Cue up Kenny Loggins! (Photo courtesy of Lucy Leonard)

If you recognize the phrases “I feel the need…the need…for speed!” or “Talk to me, Goose,” or “Son, your ego is writing checks your body can’t cash,” at some point over the past three decades, you have visited “The Danger Zone” with the best of the best Navy jet fighter pilot, Lieutenant Pete “Maverick” Mitchell. Maybe you watched it in the movie theater, on a VCR, on a portable DVD player, on cable TV, on demand, on a laptop or via a cell phone.

Well, climb back into the cockpit and buckle up because the summer of 2022 is promising to be another thrilling ride too. After 36 years, the long-awaited sequel, Top Gun: Maverick, is zooming into theaters Memorial Day weekend and the film is getting reviews as impressive as a negative 4G inverted dive. Even Jimmy Kimmel enjoyed it. “It’s as ‘Top Gunny’ as anyone could pray it would be and more,” he said during an interview with Miles Teller (Rooster, son of Goose).

“Top Gun has to be the defining movie of my teen years,” diehard fan and mom, Kathleen Brickley, shared. “The boys wanted to be Pete Mitchell (Tom Cruise), and the girls wanted to date Pete Mitchell!” 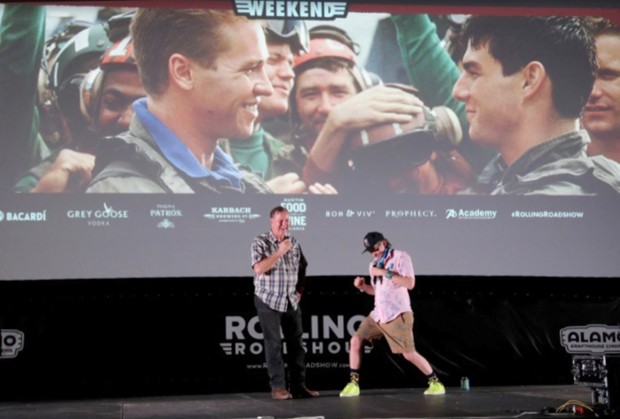 When the movie was released, Kathleen’s older brother, Kevin Smith, was a fighter pilot, flying the F-16 for the Air Force. Their mom, Tucker Smith, had a different perspective of the movie. “Mom saw Kevin in every scene of that movie, from the dangerous combat situations to the Officer Club parties to the accident with Goose. She didn’t like it one bit.”

Kathleen continued, “All the girls appreciated the volleyball scene, and speaking for myself, I dreamed of some handsome guy singing me a song as a way of introduction. It was such a thrilling, adrenaline-filled movie.”

“I still watch the movie any time I find it on TV, and I still enjoy it, but I will never forget that our mom saw something completely different in it than I did!”

Like Kathleen, I have been a fan since the ’80s.

The majority of Top Gun is set in San Diego, where my sister and her husband, a Navy pilot, lived. When the movie came out, I was staying with them for the summer. I was excited about the movie. My dad, Cmdr. Vic Vine, was also a Navy pilot. My sister and brother-in-law did not live far from Miramar Naval Air Station where the Fighter Pilot School was based. San Diego is a Navy town, so people were definitely fired up and it was a fun time to be there.

If you are a Top Gun fan, an entertaining place to visit near downtown San Diego is the filming location where Goose plays the piano and his wife, Carole (Meg Ryan), their young son, Bradley (Aaron and Adam Weis), Charlie (Kelly McGuinnes) and Maverick are belting out “Goodness Gracious! Great Balls of Fire!” This is where Meg Ryan speaks the infamous line, “Hey Goose, you big stud! Take me to bed or lose me forever!” The restaurant is Kansas City BBQ and fans can visit the piano that is still there.

I may or may not have visited some San Diego Officer’s Club Happy Hours over the years, but it’s classified. I could tell you, but then I’d have to kill you.

Thomas’ friend overheard my question and enthusiastically added, “I’m super excited about it. I have been a big fan of Top Gun my whole life. Anytime it comes on, my dad and I love watching it together.” 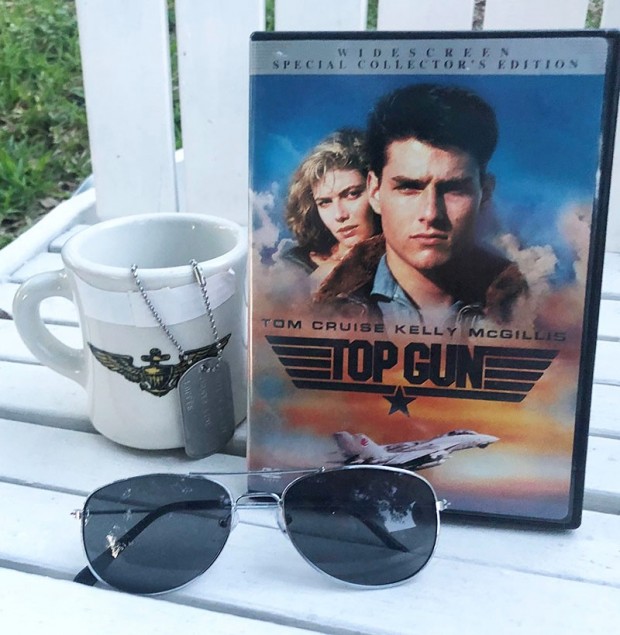 Aviator glasses? Check. Dog tags? Check. Beach volleyball? Check. Naval Officer's coffee mug? Check. Buckle up and enjoy the ride. After 34 years, the Top Gun sequel, Maverick, has all of us still saying, "I feel the need. The need for speed!"

This next generation is definitely fired up for Top Gun (and also big fans of the original because with the beauty of technology they can watch it just about anytime. And they don’t even have to worry about remembering to “Be Kind and Rewind!”).

Do I think the Top Gun sequel will leave us smiling and fulfilling our need…our need for speed? Yes…yes, indeed!

And you can quote me on that.

Top Gun: Maverick officially hits theaters Friday, May 27. There will be some special early release screenings around town, Tues., May 24 and Thurs., May 26. Check your local theater. Watch the trailer for Maverick here. Watch the original 1986 trailer here. Discover your official "call sign" here.