The ’22 Lineup: Live Music in Houston this Summer 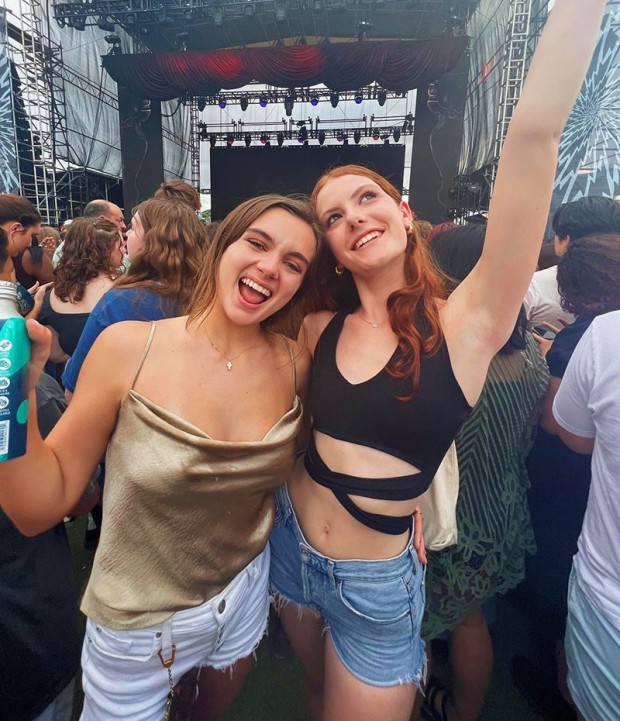 Summer 2022 has a nice ring to it doesn’t it? The answer is an emphatic yes! Summer is always a great time for music because artists are actively trying to create a sound or vibe that will last through the summer. It’s all about feel-good music and something to give to the collective that will lift spirits and shift people’s focus from the day-to-day grind to a time for relaxation and nostalgia.

Music has always had a special relationship with the city of Houston. Rapper Drake claims “H-Town” as his own in almost half of his discography – he’s from Toronto, by the way – singer Beyonce and her sister Solange were both born and raised here, Travis Scott is a Houston native, and rapper Megan Thee Stallion also grew up in the Houston area. There is something truly special about the electric environment and energy for creativity in Houston, and we have all of these artists bred in the city as proof.

Artists often say they love Houston crowds, and maybe they say that in every city… But I choose to believe that it’s because Houstonians really do care about the art and have a profound appreciation for it.

Something I realized when researching who was touring here this summer is that there are so many places in Houston to see live music! Obviously, there’s the Toyota Center for bigger artists headlining a show, but there are tons of smaller venues in Houston that have a more intimate feeling. Through these smaller venues, growing artists are able to foster an intimate connection with their fans in a smaller space.

Here are some artists performing live in Houston this summer:

PJ Morton has dabbled in gospel, R&B, and soul; he’s very versatile and it seems like he can do it all. He is a former member of Maroon 5 who has since ventured into a solo career. Morton is an amazing pianist and an equally great vocalist. The album that really shot him into fame was “Gumbo,” released in 2017. Morton is from New Orleans and the Nola sound really carries throughout his work with his soulful style. PJ Morton is known for being very meticulous with his work; he’s an artist who takes time when picking features and developing a sound that caters to the emotions he wants to convey. Morton’s 10th studio album entitled “Watch The Sun” was released in April 2022.

Highlights from “Watch The Sun” are: “Biggest Mistake,” “Please Don’t Walk Away,” and “My Peace (feat. Mr. Talkbox).”

Lucky Daye is a R&B singer and musician from New Orleans. His most popular song “Over” pushed him into fame. Something that stands out about Lucky is that he released his first studio album when he was 33 years old. Lucky’s natural voice is amazing, and he has sort of a ’90s-esque cadence. His first project “Painted” was released in 2019 and is full of gems that fans of R&B should check out. Lucky has also been taking the TikTok world by storm with clips of his live performances surfacing everywhere. That is so refreshing for a new artist because performing live is often something they tend to struggle with, but he is on his way to mastering that craft. Lucky’s second LP “Candydrip” was released in March of 2022.

My favorites from that album are “God Body (feat. Smino)” and “Over.”

Rapper Denzel Curry is 27 years old and is signed to Loma Vista. Denzel has been around a while but has grown more of an underground fan base. His sound relies on mellow/jazzy production with him rapping over it. Denzel’s sound could be compared to J. Cole or Freddie Gibs. Denzel is not new to stardom and has released several projects throughout the years. His latest project, “Melt My Eyez See Your Future” was released in March of this year.

Some of the highlights from this album are “Melt Session #1 (Feat. Robert Glasper)” (one of the best album openers I’ve heard), and “Walkin.”

5 Seconds of Summer or 5SOS is an Australian pop band from Sydney. Members Luke Hemmings, Michael Clifford, Calum Hood, and Ashton Irwin have released seven studio albums and are releasing their next album “5SOS5” this coming September. The pop/rock band has a unique sound comparable to Maroon 5 or Twenty One Pilots. This band makes feel-good music and is perfect for a summer concert. Their most recent project “CALM” oddly enough has a Harry Styles kind of sound to it.

The House of Blues is hosting a Selena tribute party, “Anything for Selenas! A Selena Tribute Party!” Tickets are reasonably priced with the highest being $39.50. This is a great concert for Selena superfans of all ages! This will be a night of nostalgia and reminiscing Selena’s greatest hits.

The alternative/Indie rock band Wallows is based in Los Angeles, California and is composed of Dylan Minnette, Braeden Lemasters, and Cole Preston. You might know Dylan Minnette as Clay Jensen from the Netflix series 13 Reasons Why. The band released their debut song “Pleaser” in 2017 that pushed them into the spotlight. Wallows’ music sounds like a soundtrack for a coming-of-age film or a series like “Outer Banks,” also on Netflix. The band has released two albums and one EP. The latest album from the Wallows entitled “Tell Me That It's Over” has a upbeat tone to it with heavy instrumentation use.

The best from this project are “I Don’t Want to Talk” and Especially You.”

Singer/songwriter/actress Mandy Moore started off her career at fourteen, when she signed her first record deal and debuted with her song “Candy.” She is now better known as an actress - you may know her from hit show This Is Us, or films like A Walk to Remember, Tangled, and The Princess Diaries - Mandy has seven studio albums and her latest project “In Real Life” was released in May of this year.

The best from this project are “Little Dreams” and “In Other Words.”

IDK is a fairly new artist but is slowly growing a devoted fanbase. His unique sound draws listeners in, and he has the gift of versatility. As a listener, you know that he truly cares about his craft. IDK is from London and is a rapper, producer, and songwriter. IDK has nine studio albums and is the definition of evolution. His latest project “Simple” is an 8.7 out of 10 to me, it’s a great listen and has an electronic and techno sound throughout. For this project IDK worked with the infamous Kaytranada, which was surprising to me but shows his characteristic versatility. He pulls from the ’90s as a source for the feeling of the album, and the production weighs heavily into this project. This album seems inspired by artists that have come before IDK, like John Legend, Pharrell Williams, and even Beyoncé.

The Miraculous Supernatural Tour is on! Santana accompanying Earth, Wind, and Fire will be performing some of their greatest hits and fan favorites. Fans of the group and Santana are in for a real show! This will be a night to view these legends live in action.

K dot, Kung-Fu Kenny, Baby Keem’s cousin, or you may know him as Kendrick Lamar, and he’s back… after 1,855 days. The throne is back and in full effect. Kendrick’s long-awaited return is finally here, and he did not disappoint. His new project “Mr. Morale and the Big Steppers” was released in May of this year. the title speaks for itself; this project is amazing and en route for Album of The Year. The album rollout for this project was amazing and built anticipation with the release of “The Heart Part 5” music video as well as the new PgLang branding. In this project Kendrick dives deep into vulnerability and giving his fans an inside look into his mind and what he’s been recollecting on for the last five years.

This project is in a completely different realm separated from “good kid, m.A.A.d city” or even “To Pimp A Butterfly”. Sonically Kendrick takes us through electronic sounds, to heavy chords and melodic instrumentals, to Baby Keem features and adlibs, to heavy 808s and beat switches for days. His lyricism as always shines through on this album, but more than anything Kendrick sought to tell a story. One of healing and hindsight. Some fans were underwhelmed, saying that they desired another “Damn” or another “good kid, m.A.A.d city” but fans fail to realize that if he really gave them what they wanted, they wouldn’t be as receptive of it as they think. Most great artists pride themselves on growth and trying new things, and no one wants to hear the same project in different fonts every time they release an album.

This album definitely deserves its flowers, and the show will be amazing! Some of the highlights on “Mr. Morale and The Big Steppers” are: “N-95,” “Father Time,” “Purple Hearts,” “Silent Hill,” “Savior,” “Mirror,” and “Die Hard.”

Austin City Limits Music Festival
Weekend One: October 7-9 @ Zilker Park
Weekend Two: October 14-16 @ Zilker Park
Austin City Limits Music Festival, or ACL for short, is back this year at Zilker Park in Austin, Texas! Weekend One is already sold out, as this festival has been highly anticipated. Some of the headliners to get excited about include SZA and Lil Nas X. Other performers include Omar Apollo, Pinkpantheress, and Jazmine Sullivan. ACL is held in October so the weather should be manageable. The festival always brings in great reviews, and with this year’s lineup, it won’t disappoint.