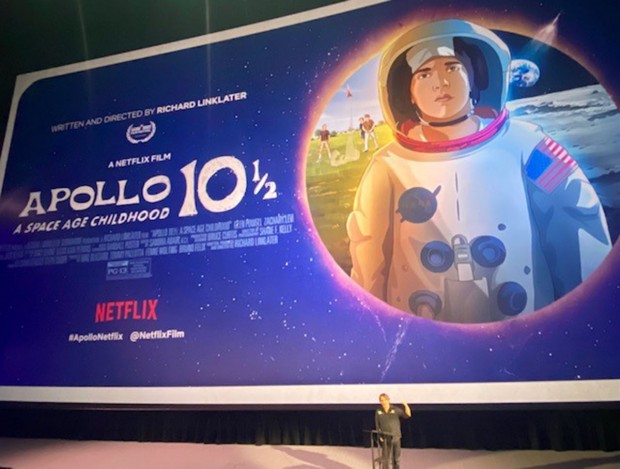 Five, four, three, two, one . . . blastoff! All aboard for a secret space mission! Slide on your suit, your helmet, and turn on the film, Apollo 10 ½: A Space Age Childhood. Your secret mission entails helping NASA put a boy on the Moon then heading back to Earth to experience life in Houston during its “spaceships and AstroWorld roller coasters” glory day in the summer of 1969.

The scariest part of the mission will not be the possibility of finding aliens on the Moon but rather surviving childhood in the ’60s with dangerous moments like eight kids riding in the back of a pickup truck with no seatbelts, eating casseroles made with canned ham for a week, and chain-smoking adults. 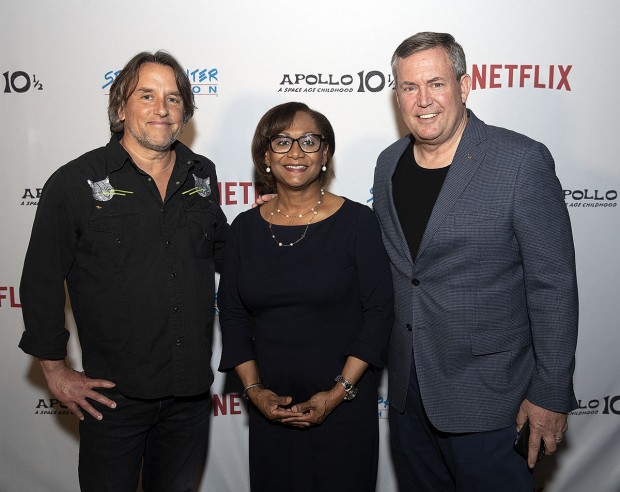 Apollo 10 ½: A Space Age Childhood is an animated, coming-of-age film that follows fourth-grader Stan (voiced by Milo Coy) who is recruited by NASA officials for a covert operation to the moon just ahead of the historic Apollo 11 mission.

The movie is written, directed, and produced by Houston’s own Richard Linklater (Boyhood, School of Rock, Dazed & Confused, Slacker), who graduated from Bellaire High School in 1979 and played on the BHS baseball team. The story is inspired by Linklater's own life and celebrates 1960s Houston and the NASA glory days from the eyes of a 10-year-old. Critics are calling the film a “love letter to Houston.” 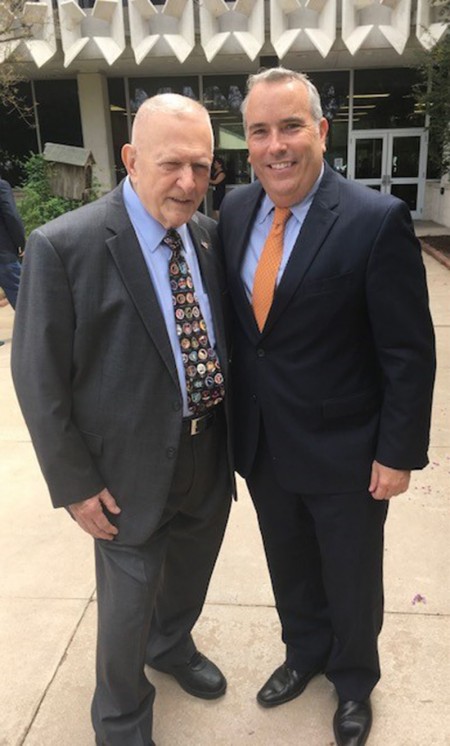 Gene Kranz (on left), Apollo 11 Flight Director, (he is wearing the white vest in the actual film footage) with Jason Fuller (on right). In the movie, one of the NASA officials who recruits Stan is named “Kranz” in honor of Gene.

Jack Black narrates the movie as the voice of the adult Stan. Black has a family connection to the space program as his mom, Judith Love Cohen, was a NASA aerospace and electronic engineer who helped create the abort-guidance system that rescued the Apollo 13 astronauts.

Recently, there was a special screening of Apollo 10 ½ held at the Johnson Space Center with a Q & A with Richard Linklater and producer Mike Blizzard, who also grew up in Houston. Jason Fuller, who attended the screening event, reported happily, “This movie is a real delight and nostalgic walk down memory lane for anyone growing up in the Houston area during the late ’60s and early ’70s.”

There are so many great nuggets of our youth in the film from the novelty of a push button phone to the sound of the TV set mounted onto a cart being wheeled into the classroom to watch the Apollo launches. They all remind me of decades long gone. I could even smell the gasoline during the scene where they come back from a trip to Galveston and use it to clean the tar off their feet. 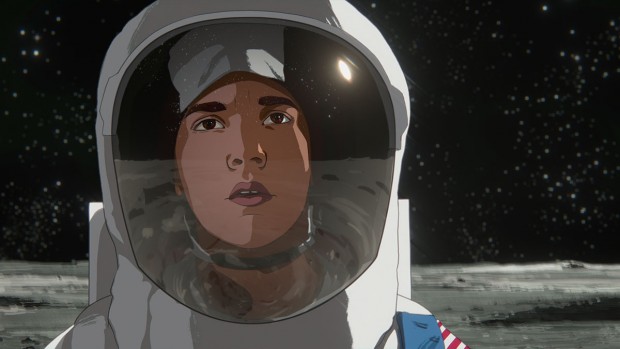 Stan looking like an official astronaut in space. (Photo courtesy of Netflix)

The AstroWorld scenes brought back special family memories for Chris Hinojosa Aldrich. “My brother and I were each allowed to buy one souvenir. My brother always chose a plastic folding knife or rubber snake. Over the years I collected Astroworld printed postcards, pens, pencils, a ruler, a coin purse, keychains, bike license plates with my name on them, and a folding handheld fan.” (Find more AstroWorld nostalgia here.)

Bellaire resident John James also enjoyed watching Apollo 10 ½. “Growing up in Houston, many of the scenes took me back to the ’60’s: drive-in movies, riding bikes behind the mosquito sprayers, and we all remember where we were when man first stepped on the moon.” 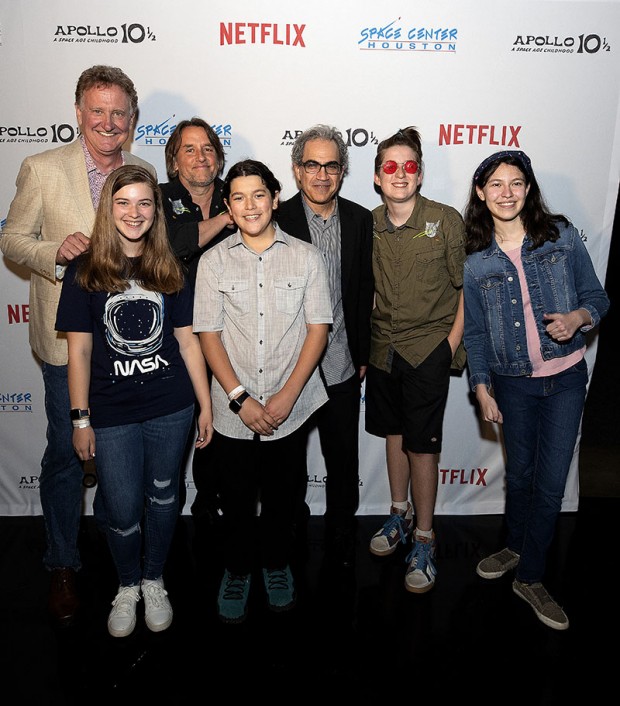 On July 20, 1969, 600 million people gathered around televisions to witness the moon landing. It really was a worldwide event as only 200 million were living in America at the time. (Read more about Buzz neighbors’ memories of this historic day here.)

Perhaps your 2022 family will gather around and sit in front of one television to watch Apollo 10 ½: A Space Age Childhood all together, too? It would be out of this world.

Apollo 10 ½ is now streaming on Netflix. Watch the trailer here. See an interview with Richard Linklater, Glen Powell, and Jack Black as they chat with friends on the International Space Station here. Learn more about the animation on the film here. 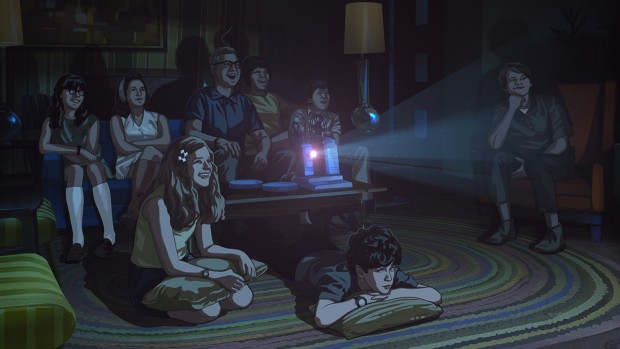 Stan’s family (five siblings and his parents) huddle together in the den to watch a movie together. (Photo courtesy of Netflix) 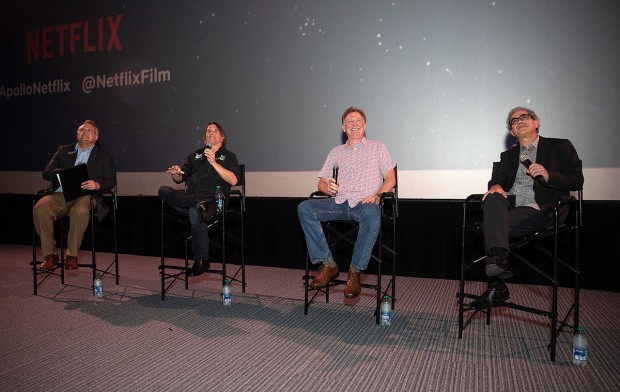 Film producers, including Richard Linklater, Houston-native Mike Blizzard, and Tommy Pallotta, took the stage for a Q&A session at the screening, along with Daniel Newmyer, VP of Education at Space Center Houston. (Photo courtesy of Netflix) 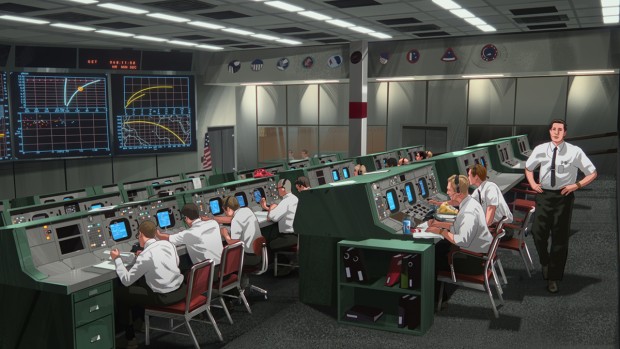 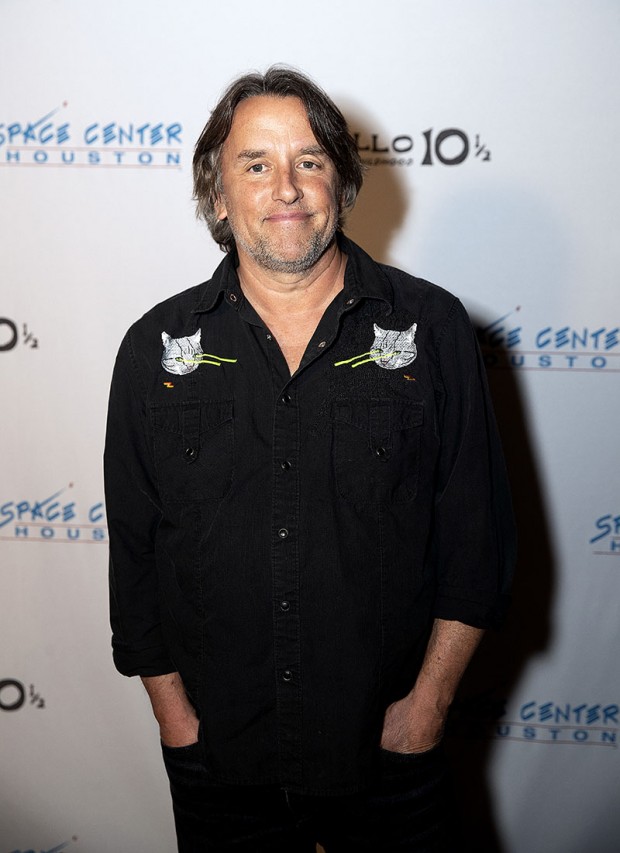 Director Richard Linklater is all smiles in front of the Apollo 10 ½ step and repeat at the NASA screening. 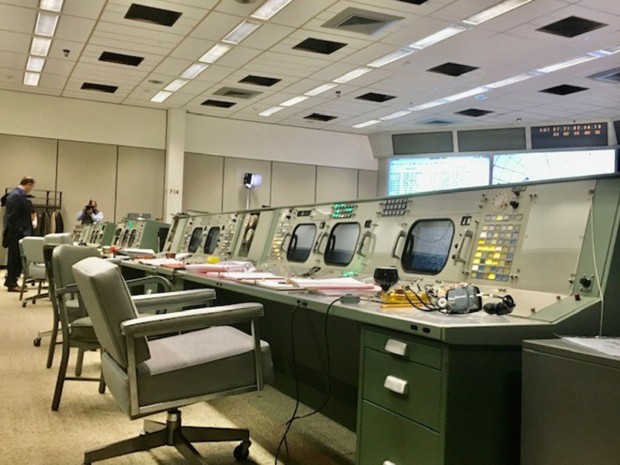 This is how the real NASA mission control looked circa the Apollo missions in the '60s and '70s.