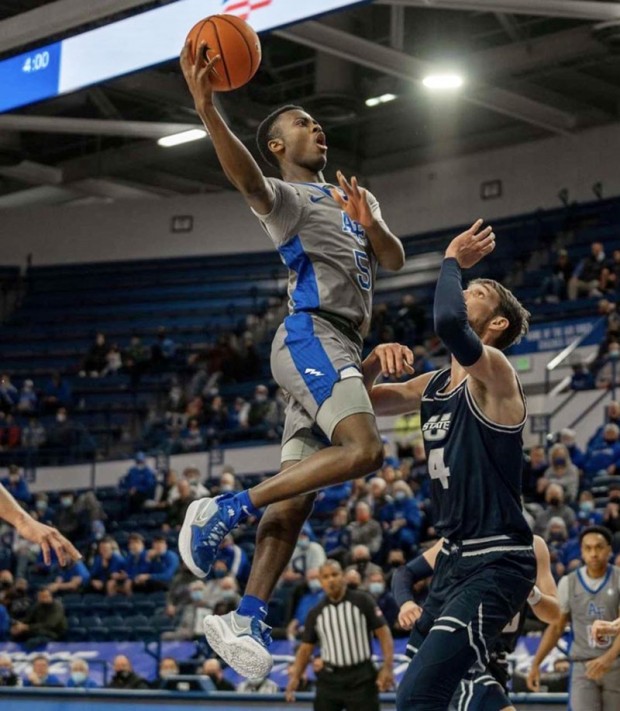 Ethan Taylor initiates the contact off of Utah State Senior Brandon Horvath as he angles himself for a tough finish at the bucket. (Photo courtesy of Air Force Academy Men's Basketball)

Finishing with 14 points, 10 rebounds, and 10 assists, converting on 30 percent of his shot attempts, Taylor put in everything he had, but came up short in an overtime loss against Nevada. Despite the loss, Taylor had already cemented himself in the record books – as a first-year college basketball player at that.

“Honestly, I’m most proud to get the first triple-double in school history because it’s just cool to say I was the first,” Taylor said.

For Taylor, it was a dream that started as a young boy, playing his first organized basketball in the summer leading into seventh grade at Memorial Middle School. Ultimately, his work ethic and perseverance kept him on track to fulfill his dream of playing basketball at the college level and, he hopes, professionally one day.

As he continued his young basketball career, he made a big step forward in eighth grade under Coach Derek Kirk, and soon after, Taylor joined the Defenders AAU tournament team. 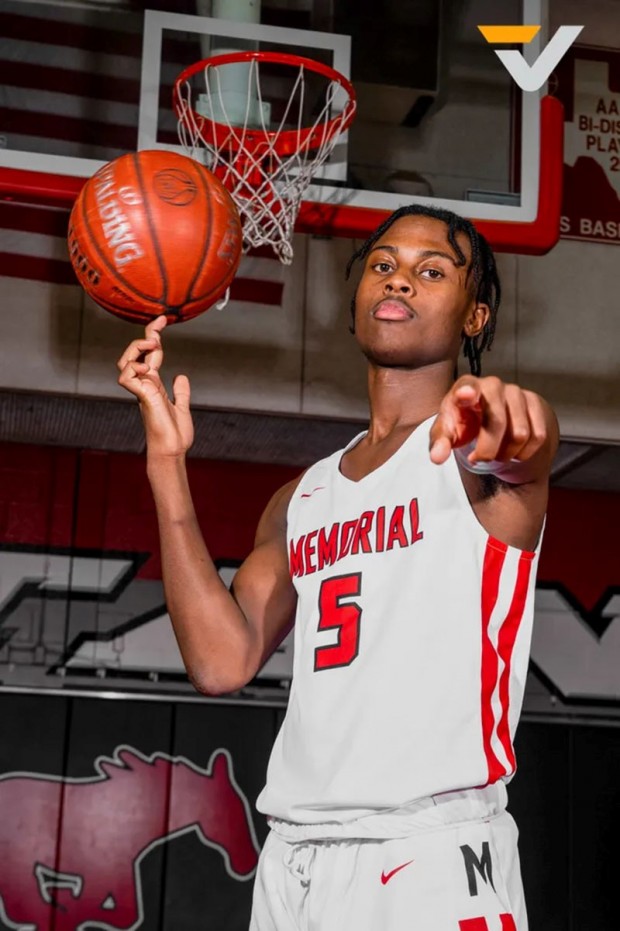 Ethan Taylor locks in at the Vype photoshoot before his senior year starts at Memorial High School. (Photo: Matt Malatesta with Vype Sports of Houston)

“Ethan was a natural born leader on the court,” Sean Rodriguez, current starting point guard at Memorial High School said. “His energy and competitiveness for the game was contagious, and even as a freshman that wasn’t on his team, I felt guided by him.”

The immaculate moments and stupendous awards are a mere reflection of Taylor’s smooth transition from high school competition to college-level competition. Racking up four conference freshman of the week awards and leading his team in rebounds per game as well as assists per game, Taylor’s overall performance was vital to the team as a first-year starter. Working towards a major in economics, Taylor also credits his smooth academic transition to his experience at Memorial, specifically his high school basketball coach David Lay who guided him through the process of getting to the college level of competition.

With freshman year in the books, the offseason has arrived, and just like any other college athlete, Taylor is putting in the work to stay in shape and continue his success next season. As many athletes do over the summer, Taylor chose to stay the summer at Air Force Academy.

A year-round commitment as a college athlete is not easy. Taylor, who is currently living approximately 980 miles away from home, says he definitely misses his family, but understands that to get to the next level he has to continue to train, and it’s the best business decision to stay on campus over the summer.

“I had to improve on keeping myself composed and playing at my own pace, but it never hurts to work on my shot,” Taylor said. 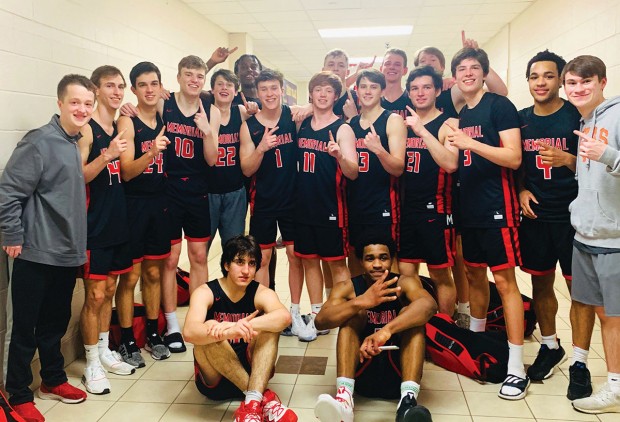 Ethan Taylor and his fellow 2019-2020 Mustang basketball teammates pose after capturing the district championship for the first time in 38 years.

Physical development isn’t the only key to continue success. Taylor has worked on his mental abilities, as he made the realization that at the college level the mental aspects of the game are just as important as the physical aspects. Being able to make quick trigger decisions, or reads, are a key part of the game that Taylor always endeavors to improve on. This was something coaches have been preaching to him since a young age. His high school basketball coach David Lay was a big believer in being mentally prepared, working on scenarios and situations. Iproving complex decision making was key for Taylor in elevating his game to the next level.

“Going to the Air Force Academy definitely helped with my IQ and overall decision making on and off the court,” Taylor said. “I need to be at the top of my game mentally in order to excel as a basketball player.”

Taylor’s true love for the game has no measure, but a fraction of it can be represented by his passion to inspire the next generation.

“I’m most proud of my work ethic and my motivation to improve my basketball skill,” said Taylor. “The best advice I can give to a young player with big dreams is to continue the grind and follow the path that is meant for you.”