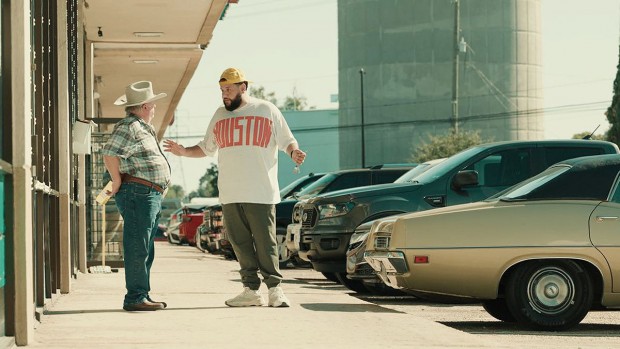 Sporting one of his many Houston-inspired T-shirts, Mo Amer acts in a scene from Mo. (Photo courtesy of Netflix)

Set in Houston, the new Netflix comedy series, Mo, stars the Houston-proud, amicable, successful, international comedian, Mo Amer. Thanks to Mo’s dedication, other Texas stars who will grace the screen include the “We Heart Houston” sign, the view of the downtown city skyline from an eight-lane freeway, and the multicolored lit bridges over Interstate 59.

During a recent phone interview, Mo shared that he was on a mission for viewers to experience the real feel of Houston, even if it would be more cost-efficient to film elsewhere. Instead of filming in Los Angeles, the production team brought Hollywood to Houston.

Mo looking good in the shadow of the Alief water tower. (Photo courtesy of Netflix)

A proud graduate of Alief’s Hastings High School, Mo is thankful to be from the same neighborhood as many other A-(lief)-listers, like Beyoncé, Lizzo, and Bellaire BBQ Masters, Blood Bros’ Quy Hoang and brothers Terry and Robin Wong. Nick, Mo’s best friend on the show, is played by another Alief star, rapper Tobe Nwigwe.

Premiering on Netflix Aug. 24, the eight 30-minute episode series is inspired by Mo’s real life, which includes his Palestinian family relocating to America after escaping from Kuwait during the first Gulf War. Mo was 9 when his family started their new life in Alief. The show portrays Mo Najjar as an adult attempting to survive his “never-a-dull-moment” life. (Watch the trailer here. *Note to readers: The show is for mature audiences.)

Mo is a comedy drama featuring the day-to-day life of a Muslim Palestinian-American family. Some of Mo’s refugee-centric experiences included taking nearly 20 years to receive his asylum and U.S. citizenship. The show’s main character speaks three languages – English, Arabic and Spanish – as does the real Mo, who credits the diversity of Alief in helping him become fluent in all three.

Mo is also fluent in finding humor in most any situation. Mo said, “I hope that in addition to some good laughs, viewers will gain a better understanding and relatability to Palestine-Americans, and migrants who relocate in order to find work or better living conditions for their families.” 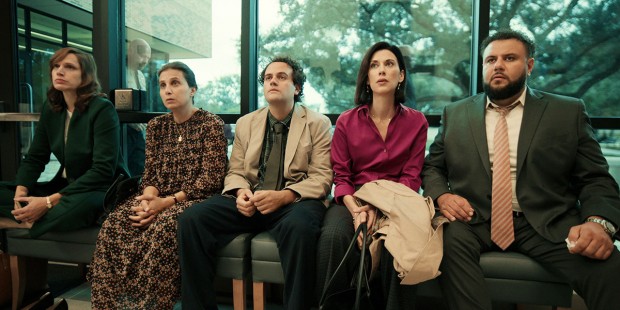 The majority of the series was filmed in Alief, SWAT (Southwest Alief Texas), but also includes scenes shot in East Alief aka Bellaire. Last November, around the Thanksgiving holiday, the crew worked on location at Bellaire’s City Hall and Municipal Court building. Cheryl Bright, Community Relations of the Bellaire City Manager’s Office, shared, “We had a great experience with Mo Amer and Netflix. All of the production staff was so nice. We look forward to watching the show and wish Mo and the crew the best of luck with the series!”

Bellaire native Grant Goodman (who recently appeared on Stranger Things) makes an appearance in the second episode of Mo. Grant shared, “It was great working in my hometown and it was such a fun set.”

Other Mo stars include Farah Bsieso as Mo’s mom, Yusra; Omar Elba as Mo's brother, Sameer; and Teresa Ruiz as Mo’s girlfriend, Maria. Houstonians will enjoy spotting a priest who resembles Houston hip-hop legend Bun B and a courthouse security guard usually known as Houston’s diamond-grilled rapper, Paul Wall. Many Houston music artists, including DJ Screw and Big Moe, can be heard on the show’s soundtrack. 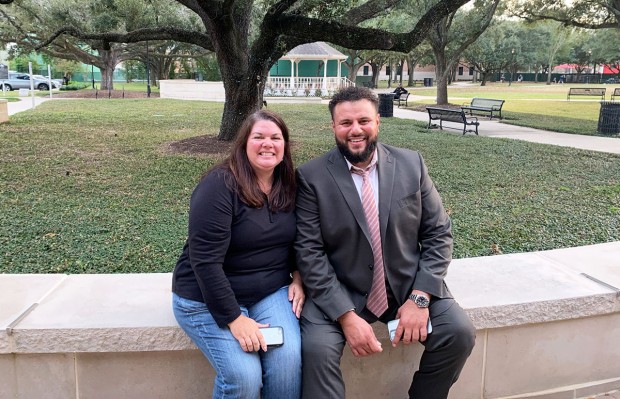 Cheryl Bright (left), City of Bellaire's Community Relations Administrator, enjoyed meeting Mo Amer and appreciated how nice he was to everyone.

Even though he now spends a lot of time on both the east and west coasts and around the world, Mo said he will always consider Alief home. (In fact, Mayor Sylvester Turner declared Sept. 16, 2021 Mo Amer Day.) Mo still owns a place in town, as do many of his family members who are also happy to call Houston home.

Mo may not live in the Houston area full-time but he has a contagious love for the city, not to mention a Texas-sized heart.

Keep on Laughing with Houston’s own Mo Amer: 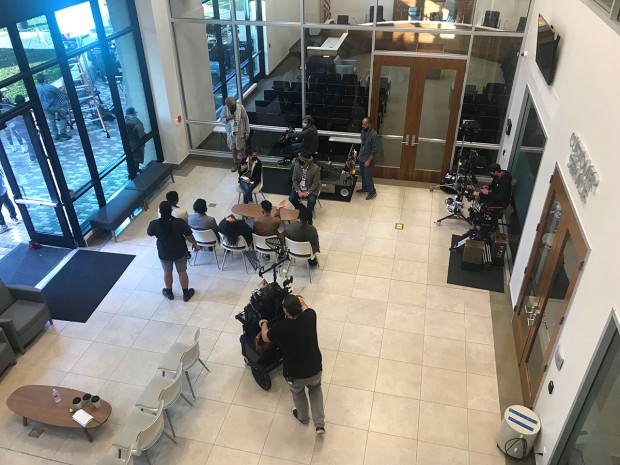