From West U Little League to Notre Dame Baseball: Spotlight on Will Mercer 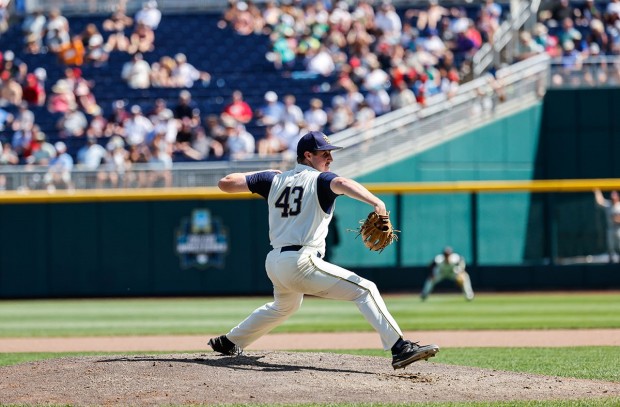 At just 2 years of age, West University area native Will Mercer was out on the baseball field, playing catch with his dad. Mercer displayed talent early on and worked hard throughout his baseball career, serving as a top pitcher for the Strake Jesuit Preparatory School, where he graduated from in 2018. Mercer grew up eager to watch, and occasionally play, with his role model and older brother, Jack Mercer, who also played baseball at Strake Jesuit College Preparatory. A passion for baseball runs in the Mercer blood. Growing up in a baseball-crazed environment motivated him, too. Mercer said some of his favorite childhood memories took place at the West U baseball fields, where the community came together over baseball.

“I always looked up to my brother; he’s four years older and I could see what he and his friends on his Little League team were doing,” Mercer said. “My dad, Mike Mercer, was always pushing me to be better and to work hard and treat the game the right way.”

Mercer aspired to become the next Clayton Kershaw, star Dodgers pitcher. He felt Kershaw was “a model of consistency with a beautiful curveball.”

He said Strake Jesuit coach Raul Garcia-Rameau was also a big influence on him. “He definitely knew what he was doing and kept it fun; we were able to make some pretty deep runs when I was there.”

Just a week after getting the call to play baseball at Notre Dame, Mercer took his official visit and committed soon after. An 1,151-mile drive up to the campus was all worth it for Mercer who was in awe as the car made its way past the Golden Dome, a well-recognized and admired landmark of the Notre Dame campus. As for the choice of Notre Dame, it was the combination of competitive athletics and academic excellence that set the college apart from the other options.

As a Strake Jesuit alumni, Mercer credits the prep school for his easy transition from high school to college. Spiritually, physically, and academically, Strake Jesuit was the perfect fit for Mercer and Notre Dame mirrored that culture, which made joining the Fighting Irish family all the more enticing.

A baseball team that exceeded the overarching expectations set by the avid College World Series fans, Notre Dame made a competitive run deep into the 2022 Men’s College World Series Tournament. The key to the Fighting Irish’s continued success in the tournament was to be detail oriented and focus pitch by pitch. For Mercer especially, he said he gained an understanding of his capabilities and how to exploit his strengths while concealing his weaknesses. Additionally, Mercer realized that off-the-field development is just as important as athletic improvement. One of his biggest learning experiences was that it is extremely important to treat others the right way and positively represent an organization that is bigger than the people itself. 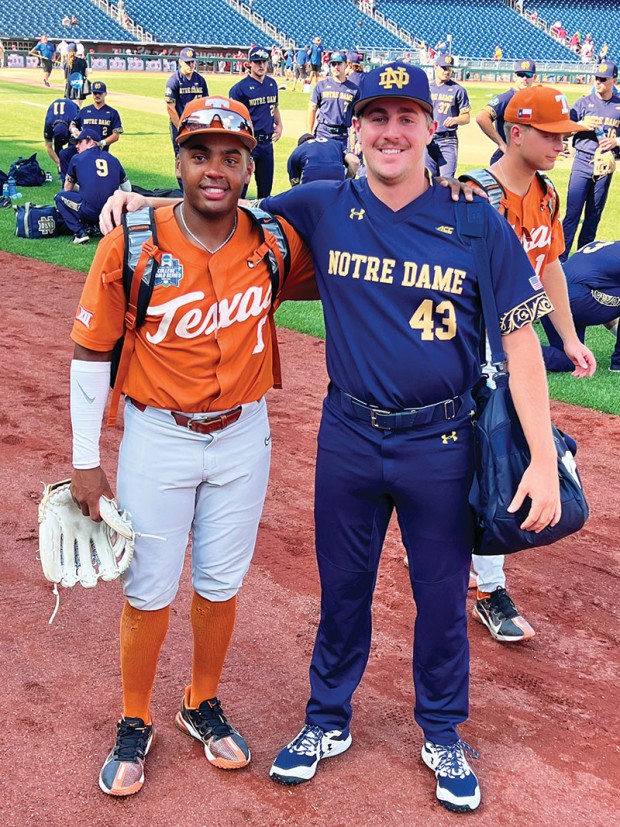 COLLEGIATE CRUSADERS It was a special reunion for former Strake Jesuit Crusaders Dylan Campbell (left) and Will Mercer (right) when the Texas Longhorns faced Notre Dame at the College Baseball World Series. Campbell graduated in 2020 and Mercer graduated in 2018.

This mentality sets the Notre Dame baseball program apart in Mercer’s eyes. Once their hot streak started, the Fighting Irish put together an “if it ain’t broke, don’t fix it” mindset, and a grown confidence between the team instilled the feeling that they could really win it all. Although ultimately falling short to the Texas A&M Aggies, Mercer and the rest of the team are proud of what was accomplished. They know their work on the field is not finished and, more importantly, their work in the classroom is not complete either.

This spring, Mercer graduated with an associates degree in finance and is now in graduate school, working towards a degree in business analytics and a concentration in sports analytics. He plans on finishing out another season at Notre Dame, and then exploring what the future holds.

“I’ve always been a math oriented guy, and finance always interested me,” Mercer said. “In the business school at Notre Dame they preach a lot about the growth and code of business and we take some ethics classes. It goes back to treating people the right way and going about things with integrity.”

Editor’s note: Read more about the College Baseball World Series – and a Strake Jesuit reunion on the field – in this month’s SportzBuzz by Todd Freed.