Fish Week at St. Agnes: Then and Now 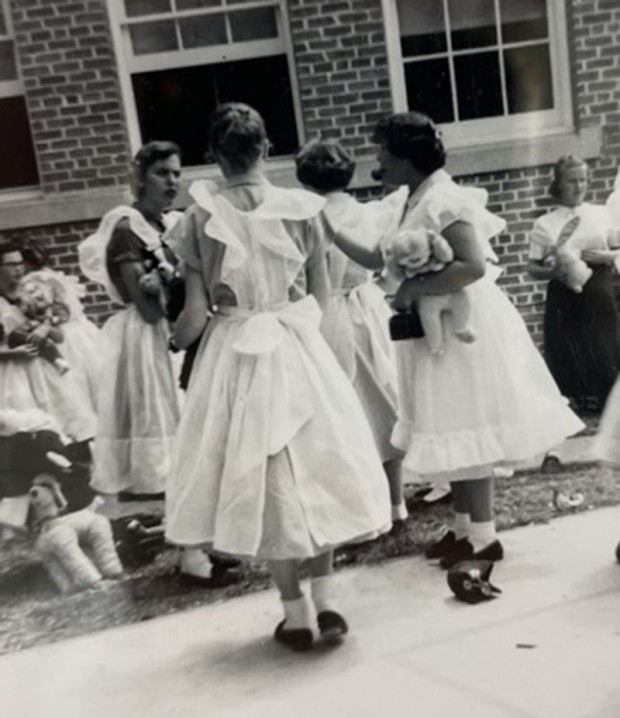 Since the beginning of the school year, freshman voices prattling on about dreaded summer reading tests, ever-confusing Microsoft, and the cafeteria’s much-looked forward to Sushi Days have filled the St. Agnes halls. As they venture further into the year, variations of “Did you study for the test?” and “Wait, what was the homework again?” add themselves to the mix. But come the end of August, the most newsworthy addition to the ninth hallway chatter was talk of Fish Week.

Fish Week is one of the most highly anticipated traditions at St. Agnes, particularly for each year’s freshman and senior classes. It is a week-long custom in which each freshman or “fish” is matched with a senior to welcome them to the St. Agnes community. The week consists of different themed days: “Baby Day” and “Beach Day,” where seniors dress up their freshmen for each day’s theme. And every year during Fish Week, the ninth graders can be distinguished as the girls sporting everything from hastily clipped-on bibs and pacifiers to unicorn floaties and Hawaiian-print shirts.

After Baby Day and Beach Day, the sophomore, junior, and senior classes put on a performance of skits, which is followed up by breakfast with the Seniors and the famous Costume Parade. Throughout the week, 9th graders must also complete dares from their seniors. The catch: While the seniors know their “fish,” the freshman will have no idea who their senior is until the Big Reveal at the Costume Parade. The week ends with the St. Agnes Orientation dance, which the Seniors and Freshmen or Big and Little Sisters attend together.

But how did this special custom start? Well, the St. Agnes Archive date Fish Week back to 1947! Of course, in the late 1940s, the Fish Week we know today was a little different. The Archive’s first record of Fish Week is a 1947 print of the old St. Agnes Newspaper, St. Agnes Academy Echoes. According to the newspaper, one of the old Fish Week traditions was for the seniors to “play host” to their freshmen and gather around the flagpole to talk and drink soda, followed by a group visit to the chapel. In a later version of the St. Agnes newspaper called The Miner, published two years later, we see the first indication of a tradition still in practice today: Baby Day! “The Freshmen added an all-day sucker and a baby rattle [to their look],” reads The Miner, in a 1949 column titled “Little Sister Day.” Apparently, the Freshman Class of ‘53 also repped “stylish” baby accessories in the St. Agnes halls. 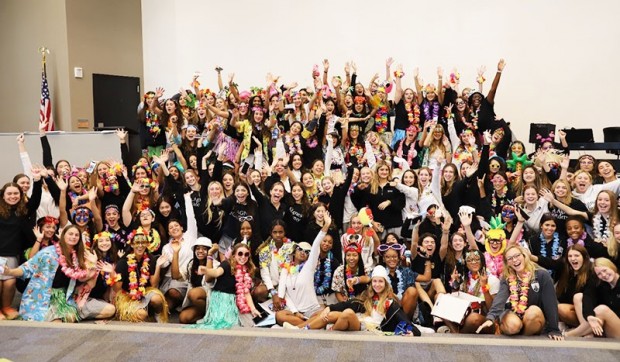 The column also reveals that even more than 70 years ago, the Freshmen were still called “fish” by their seniors! But it seems that the Senior Class of ‘50 wanted to make it abundantly clear who the “fishes” were and had them wear massive green bows to distinguish them from everyone else. As quoted from The Miner, “To have become a member, the unsuspecting Fish [are] compelled to wear slightly large bows of a slightly green hue in their scales, er, hair.” A few years later, we get the first piece of evidence of the infamous Fish Week dares. In the fall 1951 edition of the newspaper now called The Columns, “freshmen were undergoing some pretty strenuous tasks.” And each year, that remains true, as the newly inducted freshmen of the Class of 2026 can now say.

Fish Week kept evolving from there. By 1987, the themed days had begun, and it became a practice for the Seniors and Freshmen to attend the Orientation Dance together. As time passed, more of the Fish Week traditions we know today, like the skits, Breakfast with the Seniors, and Costume Parade, began, becoming more like the tradition we know today. Though, the seniors of past decades put their freshmen through a lot more than what actually happens today: 6 a.m. kidnappings for breakfast together, extreme dares to spend the day covered in eggs, absurd costumes to rival the costumes today—all of which current St. Agnes faculty can still attest to. It has most definitely mellowed out from early-morning kidnappings, but at its core, Fish Week has remained a welcoming tradition for the Big Sister Seniors to help their Little Sister Freshmen adjust and truly join the St. Agnes community.