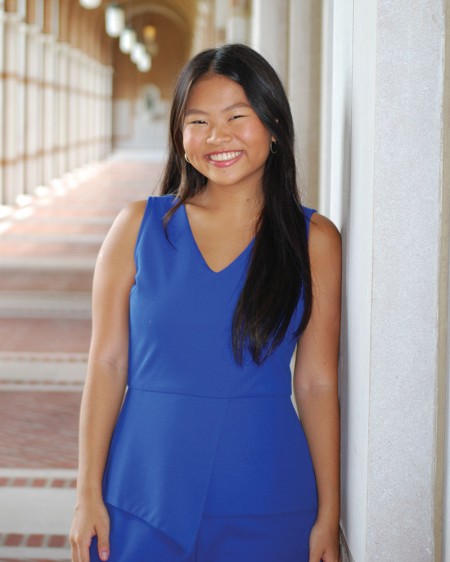 STACKING UP CONFIDENCE Julia Harfenist, a junior at Duchesne Academy of the Sacred Heart, has become comfortable taking the lead as a volunteer at the Houston Food Bank. (Photo: Jeffrey Harfenist)

The Houston Food Bank reports that one in seven Texans is food insecure, which means individuals must often decide between paying for groceries and other necessities. For example, many individuals prioritize their rent and utilities payment before paying for food because food can be “flexible” (i.e., watering down beverages). Although I had volunteered at the Houston Food Bank as a young child, I wanted to become more involved in the organization as a teen because I have grown more conscious of the many things in my life that I sometimes take for granted, like food security. That’s when I became involved with the Houston Food Bank Student Heroes.

As Student Heroes, we assist project managers and volunteer groups to maximize the productivity of the shifts. Whether it is answering a question for a new volunteer, or staying behind to clean up the project areas, Student Heroes’ roles are to help in the busy volunteer shifts. In my time as a Student Hero, I have grown in terms of public speaking and overall confidence. Before being a Student Hero, I did not feel confident speaking to large groups of strangers. However, with each shift I volunteered, my confidence grew. I started to project my voice louder, and eventually speaking to a group of 10 adult volunteers with certainty felt natural to me. The Student Hero Program helped me conquer my fear of public speaking and helped to establish my voice as a teenager and young woman.