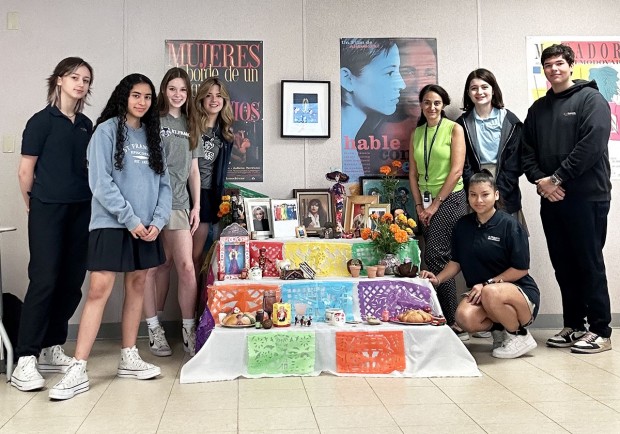 Hispanic Heritage Month was celebrated at St. Francis this year through a fashion show representing different outfits worn in Hispanic culture, and Hispanic faculty and staff. The school wanted to do its best to represent Hispanic culture this month with the help of its Hispanic student population. The Justice, Equity, Diversity, and Inclusion council, or JEDI council, is dedicated to spreading inclusion and diversity at St. Francis High School.

JEDI council president senior Aniyah Patterson decided her first action as president was to celebrate Hispanic heritage month with the school. While consulting the council, member Haley Paz came up with the idea of having a fashion show. Patterson immediately jumped onto this idea, and after a lot of planning, the fashion show commenced on Oct. 20, 2022.

JEDI council members Grand Vasquez, Jennesy Morones, Haley Paz, and I modeled outfits brought by Hispanic students to show off their culture. Morones wore a Mexican folklore dress that is meant to be spread and twirled on the dance floor in a traditional cultural dance, Baile Folklórico, in Mexico. Vasquez dressed as a Mexican field worker, a bracero, to represent attire worn when working to make it feel like they were standing in the shade. I donned a poncho provided by student Andres Garcia. The poncho originated in South America and is meant to be an indigenous symbol.

For the grand finale, Paz wore her gorgeous quinceañera dress to signify the importance of the celebration of womanhood every Hispanic teenager goes through when they turn fifteen. A quinceañera is both a religious and social event to show the milestone in a young woman's life. 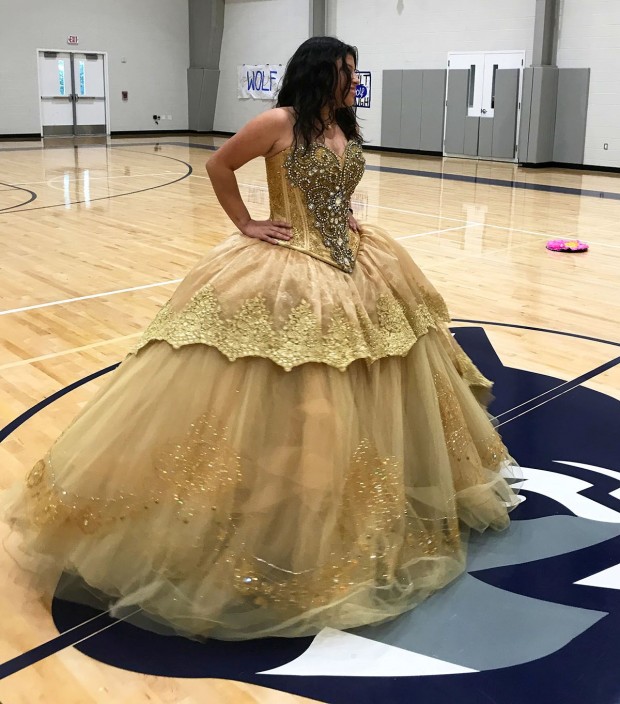 Haley Paz wears her own quinceañera dress while walking at the fashion show.

As the models strutted down the runway, Larkin Nolen commentated and explained the significance of the clothes to educate faculty and students. Patterson and Paz worked hard to make this fashion show possible and properly represent Hispanic culture.

“Our goal was to give our school insight into how the clothing they’ve seen is significant in Hispanic culture,” says Patterson.

Following the fashion show, Spanish teacher Señora Ximena Allub set up an ofrenda in her classroom to teach students about the importance of Día de Los Muertos, a holiday where people honor their ancestors. An ofrenda is essentially an altar in Mexican culture where people place photos of loved ones who have passed and all the things they loved in life. The AP Spanish class helped assemble the ofrenda and got to learn about the ofrenda’s significance in Hispanic culture. 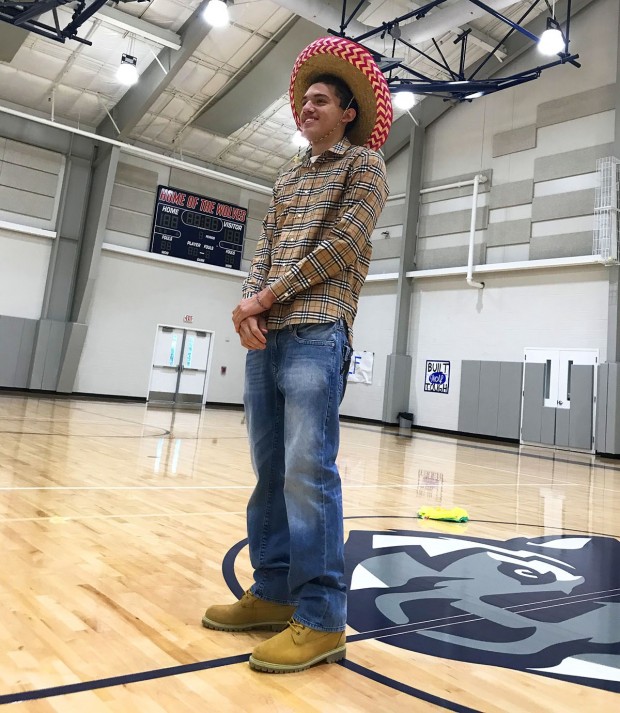 Grand Vasquez wearing his bracero outfit at the fashion show.

Señora Allub also set up a chapel where she taught the entire school a popular Spanish song called De Colores. The entire chapel was Hispanic heritage themed where fluent students read verses and the readings.

At the end of chapel, all the Hispanic students gathered at the front for a group photo, which is an annual tradition, and students went outside to receive conchas, a traditional Mexican sweet bread roll that has a seashell appearance.

Along with the conchas, student Andres Garcia passed out Hispanic themed stickers that he made for the students so they could have a souvenir from this month. The Hispanic community at St. Francis continues to find ways to express their culture through creative outlets to educate and represent their background to other students.