Grandparents Day at Duchesne: Details of the Day 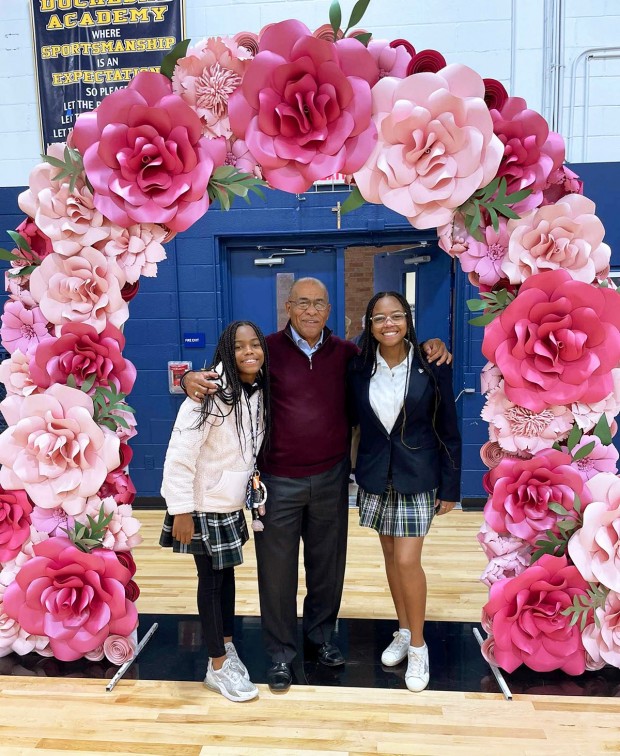 As Thanksgiving Break quickly approached (to much of the student body’s relief), Grandparents Day took place on the day before the break.

At roughly 12:10 p.m., the Upper School flooded the cafeteria in waiting while half of the space was occupied by tables, a buffet, and plenty of decorations. Volunteers had previously helped fill the school with colorful decor in preparation for the event.

Around 12:20, grandparents started arriving and were warmly greeted by their granddaughters. The students led their grandparents back into the cafeteria and helped themselves to the provided buffet and refreshments as they sat together at the festive tables. Students were given plenty of time to chat amongst themselves and with other families during lunch as they expanded the Duchesne community.

Right after lunch at 1, students and grandparents were guided into the gymnasium for the next activity: volunteer work. Everyone was tasked with filling paper bags with food for families in need, just in time for Thanksgiving. Canned goods, snacks, proteins, and water bottles were packaged up and ready to be delivered. This was one of the most popular activities among students asked about the day. Tenth grader Avery Donovan commented, “I really liked having the chance to help out, especially since we are on break next week.” The volunteer work served as both a kind act of service as well as a great opportunity for bonding.

Roughly around 2:15, the gymnasium emptied, and many grandparents and students proceeded onto the White House Lawn, which hosted the professional photos being taken. Everyone lined up and eagerly waited their turn to get a portrait. Additionally, there was a photo booth station inside with major potential for funny and memorable photos to be taken. Before dismissal, students took the time to tour their grandparents around the school and show them their classrooms. It was the perfect occasion for the family members to get to know the school even better.

Finally, at 3, after the final snapshots were taken and tours were given, the students and grandparents headed out of the school and into the parking lot as the event concluded. Overall, Grandparents Day was a huge success, and we can’t wait for their return next year!