The Spartans are Swimming 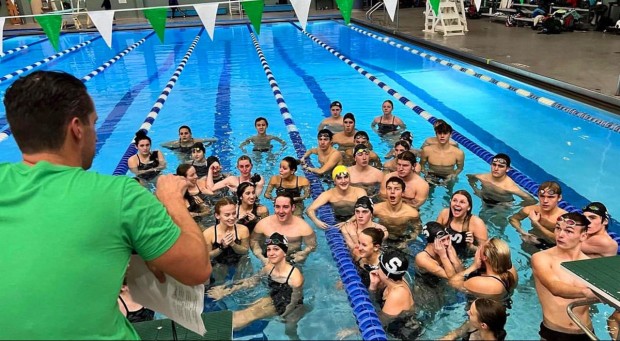 The Spartan Swim Team continues to impress this season, winning both the men and women’s divisions at the Cy-Fair ISD Annual Polar Plunge Invite earlier this month. Following the event, I sat down with four-year swimmer, Bryce Oliphant, to discuss the team as well as his own objectives for the year.

Bryce’s personal goal for the season is to qualify for the State Meet. Bryce says, “My best chance is through our 200 Free Relay, which was 0.1 seconds away from qualifying last year.” Bryce also thinks he might have a chance in the 100 Butterfly Individual if he can pull off a strong race.

Looking back at his time on the team, Bryce glowingly shares, “My favorite story from being on the swim team is the time that I won a swim-off my freshman year. I exactly tied someone else for the last spot for finals in an event, so I had to swim the event again just us two to decide who would get the spot. Having the whole team cheering was a new level of hype, and I felt really excited after the race. What’s really cool is swim offs are rare, and I had another one this year, my senior year, so it’s come full circle.”

The Spartan Swim Team is a very tight knit group, who enjoy their time together both in and out of the pool. Without fail, the team can be found after any strenuous practice or meet, just hanging out. Bryce adds, “We often end up spending a couple hours at a restaurant just talking and reminiscing.”

When asked about a game changer for the Spartans this year, Bryce points to Kyle Brown as a huge asset to the squad. Kyle is recognized by his fellow swimmers because of the unique energy he brings to both practices and meets. Kyle not only loves to make people laugh, but he also has a really strong desire to see the team at its best.

Bryce explains how Kyle made a real impact on the team’s overall performance whenever he won the 100 Breaststroke at the Memorial meet this year. Bryce says, “Lowell Moss, our usual top swimmer in the event, was at a club meet, and Kyle stepped up. He beat Memorial’s top Breaststroke swimmer.”

The Spartan’s District Championship will be held this Friday, January 27, and Stratford Nation looks forward to watching their success. Go Spartans.

Feast from the East