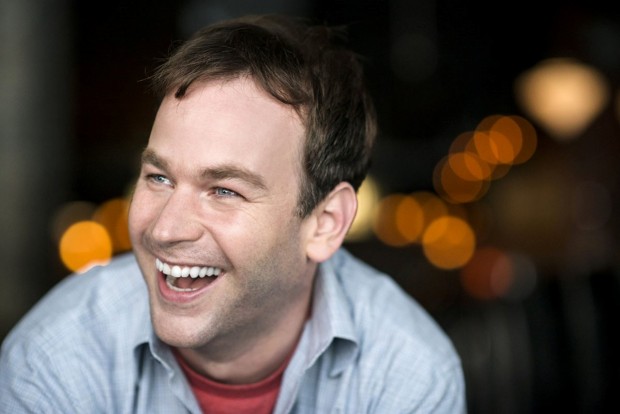 The Broach Foundation for Brain Cancer Research presents award-winning comedian Mike Birbiglia at the 10th Annual Stand-Up for Brain Cancer Gala Thursday, October 14, 2021 at River Oaks Country Club. Tuests should be prepared to eat, drink and laugh the night away.

This year’s award-winning comedian Mike Birbiglia, is a frequent contributor to This American Life and The Moth, and has released several comedy albums and television specials. His feature-length directorial debut Sleepwalk with Me (2012), based on his one-man show of the same name and in which he also starred, won awards at the Sundance and Nantucket film festivals. He also wrote, directed, and starred in the comedy-drama Don't Think Twice (2016). His 2010 book Sleepwalk with Me and Other Painfully True Stories was a New York Times bestseller and a finalist for the 2011 Thurber Prize for American Humor. Birbiglia has appeared in films such as Your Sister's Sister (2011), Cedar Rapids (2011), and Trainwreck (2015), played a recurring role in Orange Is the New Black, and has guest starred in episodes of Girls, Inside Amy Schumer, and Broad City.

The Broach Foundation was established in honor of James Broach, who was diagnosed with an aggressive form of brain cancer in 2011. This came just 10 months after his previous diagnosis of a grade II astrocytoma during a surgery in October 2010. He endured countless surgeries, radiation, chemo treatments and experimental trials.  Despite the difficult treatments and the cancer growing in his brain, James knew he wanted to make an impactful difference in the fight to cure brain cancer. Along with his wife, Jamie, he decided to actively join the effort of pursuing a cure for this extraordinarily challenging and under-funded disease. The Broaches, along with the Executive Board, consequently established The Broach Foundation for Brain Cancer Research to raise funds and awareness for the benefit of adult brain cancer research. To date, The Foundation has raised over $6 million dollars.

James lost his battle against brain cancer in August 2013, but the impact his life will have on those who continue to fight this disease lives on through the cutting edge research the foundation funds.

For more information, regarding tables or tickets, contact Deanna Kotrla at www.thebroachfoundation.org/gala or 224-465-9728.