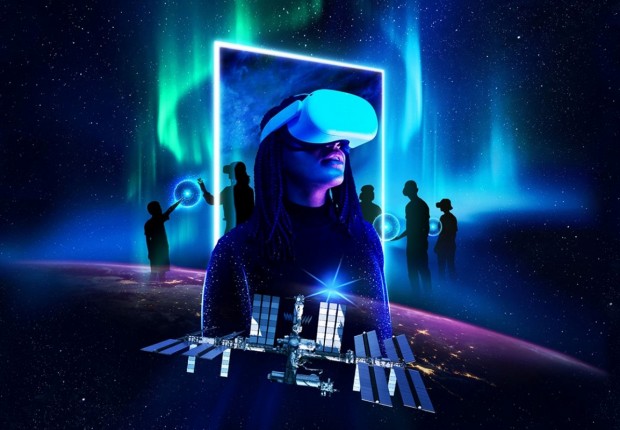 THE INFINITE, a NASA-inspired, out-of-this-world immersive installation, made its U.S. premiere at Sawyer Yards Dec. 20. (Photo courtesy of THE INFINITE)

THE INFINITE — the first multi-sensory, interactive virtual reality experience to transport visitors aboard the International Space Station - touched down at Sawyer Yards Dec. 20 for a limited run, making its debut in the United States following its inaugural, immensely successful run currently underway in Montréal, Canada. THE INFINITE redefines the frontiers of the user experience by allowing visitors to roam freely inside a life-scale replica of the International Space Station, bringing audiences closer to the feeling of being in outer space than ever before.

The 12,500-sq.-ft. exhibition takes the 360-degree footage from the VR series and incorporates it into a life-size 3D replica of the International Space Station, complete with a multisensory reproduction of a liftoff, resulting in an experience so powerful that most people have a visceral emotional response while experiencing it.

For its premiere in Houston, THE INFINITE will include previously unseen footage from the first-ever cinematic spacewalk captured in 3D outside the International Space Station – in addition to offering visitors a self-directed experience aboard the ISS itself. Throughout the 60-minute journey, visitors’ senses will be enriched through the interactivity between physical objects, virtual reality, multimedia art, soundscapes, light design, and even the subtle scents of a forest – evoking memories of stargazing while lying on the grass.

In essence, it is the closest the vast majority of people will ever get to being able to experience the singular sensation of being in space.