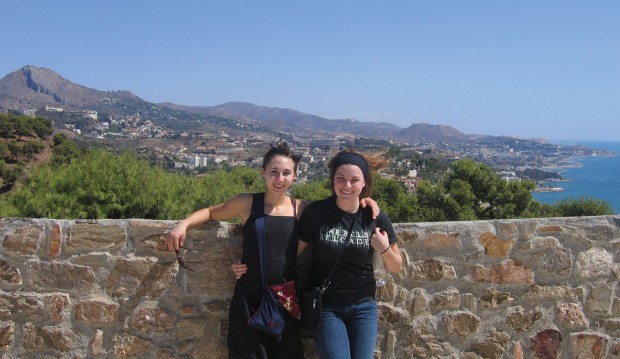 As part of her gap year, Mariana Elena Diez (left) took some time exploring Spain with local students. Here she is pictured at a fortress in Malaga.

It’s a European trend that’s pricking the interest of American students. Young adults are opting to bust away from the books and immerse themselves in new experiences. The common name for the trend is “gap year,” and more universities are deferring admission so students can have one.

Mariana Diez had planned to go onto college with the rest of her classmates from St. John’s High School. Instead, freshman year at Cornell University was put on hold, on a whim. “I was feeling an itch and wanted something different,” Mariana explains.

Counselors at her college preparatory high school didn’t exactly embrace the idea and permission from her parents required heavy coaxing. But Mariana was able to close the deal when a supportive Cornell granted her request to defer admission for one year.

By August, she was living with other foreign students attending a university in Madrid. “It was sink or swim and I didn’t think I wasn’t going to make it. I couldn’t understand anyone,” says Mariana. “Then things started turning around, you just start learning.”

She learned the language and even a smattering of French from the students she lived with. “It gives you a freedom you know that you can be dropped off anywhere on earth and survive. You can deal with whatever comes your way,” says Mariana. 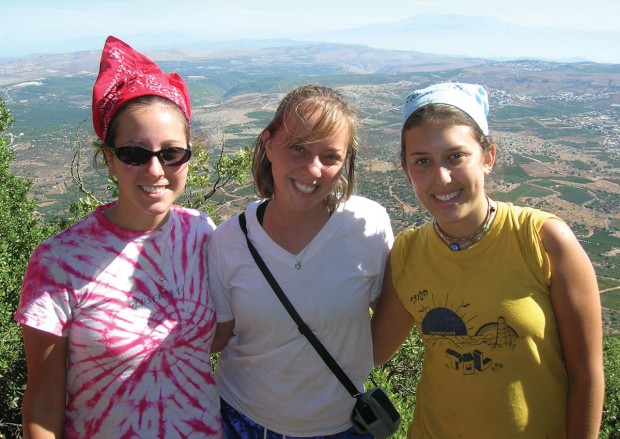 Erin Pomerantz (left) took a gap year before attending college at UT, to explore Israel and be part of Young Judea. Pictured here with Elyse Linson and Glynna Pomerantz, Erin and the girls hiked the mountainous Golan Heights in northern Israel.

Erin Pomerantz postponed studies at the University of Texas at Austin for a gap year in Israel. “I wish more people did it. You come into college so quickly and then all of a sudden it’s been two years and you still don’t know what you’re majoring in. You don’t have time to find yourself,” explains Erin.

She signed on with a program called Young Judea. Taking intense language classes in Jerusalem, she spent several months living and working in the poorest community of Tel Aviv. “I knew a lot of friends from summer camp who were also doing it. But it was really different. Spending a whole year in another country is a huge step. And you take leaps compared to somebody who stays in the US and goes to college. You just figure out a lot about yourself,” says Erin.

UT amplified its support for Erin by accepting 24 credit hours in addition to deferring admission without reapplying.

Danny Bement got the same support to delay admission from UT and Texas A&M. A decision he didn’t take lightly. “I couldn’t make a decision on what college I wanted to go to, and I didn’t know what I wanted to study,” explains Danny. “I didn’t think I was ready to make those decisions. I wanted a year to find out a little more about myself.”

He took a mission trip to Guinea, Africa to help build a hospital. Then he spent the winter working as a ski instructor in Jackson Hole, Wyoming.

Hardly a holiday—the purpose of a gap year is to challenge yourself. “Taking a year off isn’t really the point. I was trying to get an experience that I couldn’t get out of college. And I knew I didn’t want it to be easy. I was definitely looking for an experience, not a break,” says Danny.

Danny still doesn’t know what he wants to major in. But he feels good about his decision to go to A&M this fall. 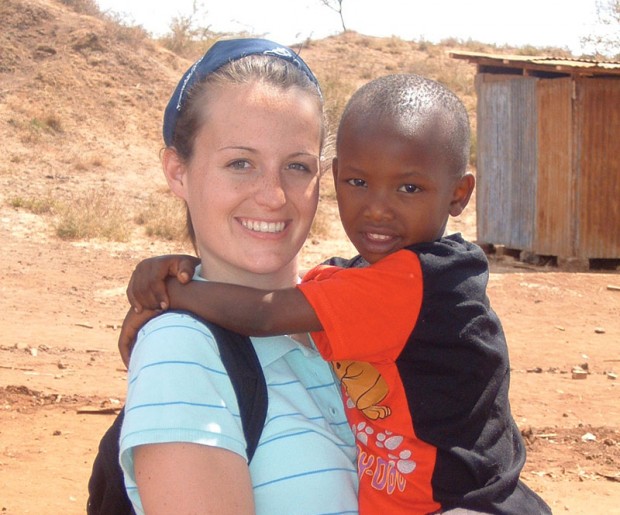 Jennie Howard underestimated the impact that a six-week stay in Kenya would have on her when she initially decided to go there as part of her gap year.

Jennie Howard had always planned for the gap in her collegiate studies. The 22-year-old American citizen was born in England, attended the International School in Houston, and returned to England for college. She is currently on her gap year before coming back to the states for law school.

Jennie expected her globetrotting gap year would be an enriching cultural experience but underestimated the impact of a six-week stay in Kenya. “The village homes are made out of cow manure and straw. They have no electricity and no running water,” explains Jennie. “When I got back I went around my house just turning off lights. And though it was really nice to have a shower, I knew I needed to do more.”

Jennie took on the challenging role of launching a non-profit organization to help the village. So far, she’s raised enough to send three students to high school.

It’s just one of the unforeseen benefits stemming from an adventure that takes faith and commitment. No price tag can be stamped on each of their experiences—gauging the value of this kind of investment depends on just how significantly you fill the gap.