Highlights from The Buzz 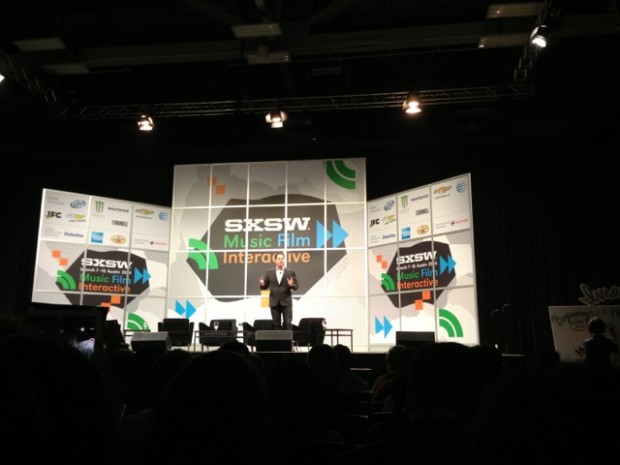 For the second time, The Buzz headed to Austin in March for the interactive portion of the South by Southwest Interactive (SXSWi) Festival. We were there for five days full of discovery. We couldn’t possibly describe everything we learned, but we wanted to share some of our highlights from the trip.

Our goal was to learn more about engaging our readers online, so we didn’t register for media credentials, as we weren’t really planning on covering our experience. But on our very first day, we were invited to attend a networking experience on a party bus specifically for media. It was a tough decision – should we meet others in the media world on an open-air party bus touring Austin or attend an educational session? Hmm . . . well, we decided to divide and conquer. Publisher Michael Hoffman went to a session on entrepreneurship featuring Michael Dell. Joni Hoffman, editor, and Jordan Magaziner, manager of interactive media, hopped on the bus, hosted by CanWeNetwork, a mobile app for business networking.

Thank you, Can We Network and Prime PR – Joni and Jordan made the right decision and enjoyed meeting Josh Rubin from CNN, Kelly Clay, a freelance writer for Forbes, Ayinde Alakoye, CEO and founder of Hitch Radio, and other fascinating professionals. We even ran into Bijoy Goswami, whom we met at last year’s conference – he was the one who inspired us to host a Lunch & Learn presentation on Linkedin for our advertisers. He wrote a book that we recommend about learning how to better relate to others, especially relevant to entrepreneurs; it’s called The Human Fabric.

The bus tour included access to a networking party on the rooftop of Fogo de Chao. It became clear that although the sessions with experts at SXSW are valuable, it’s equally beneficial to talk with other professionals in the industry.

See a photo slideshow below of some of our favorite moments throughout SXSW – including hearing a Q&A session with billionaire entrepreneur Mark Cuban and seeing Jimmy Kimmel Live in Austin – and keep reading to discover our most important takeaways.

Aldea Douglas and Andres Castillo from AARP provided case stories of what’s worked for them in engaging their audience. They described the differences in how the older vs. younger cohort use social media; the younger cohort uses multiple social media platforms to communicate with friends, no matter how often they see their friends in person, and the older generation mainly uses Facebook for the purpose of keeping in touch with family.

Not too long ago, most people agreed that print was “dead.” But we believed – and still believe – that there’s still a market for print, so it was a relief to hear experts talk about how print is alive and well.

According to one panel of experts, including Ann Marie Gardner, the CEO and editor-in-chief of Modern Farmer, nearly 900 new print magazines launched last year and the survival of new magazines is the highest it’s been in the last 30 years.

Another panel of experts, including Jake Silverstein, editor-in-chief of Texas Monthly and Mangesh Hattikudur, co-founder and chief creative officer at Mental Floss LLC, said that having both print and digital is important. Since the festival, The New York Times has announced that Silverstein will become the new editor of The New York Times Magazine and that The Times may “rethink” the relationship between the magazine and the newspaper so there’s a closer tie.

In today’s world, news isn’t a one-way conversation from the experts to the rest of the world; it’s a social conversation in which anyone can pitch in anytime, which presents complex ethical challenges. Eric Carvin, social media editor with Associated Press, and Mandy Jenkins, managing editor of Digital First Media, said one key ethical challenge is for news organizations to make sure that if they share content originally seen on social media, they must verify it to make sure it’s accurate. Jenkins said, “If it’s too good to be true, it probably is.”

How can we produce the kind of “addictive” content that gets shared online millions of times? A panel of experts, including Joanna Coles, editor-in-chief of Cosmopolitan, said it’s about creating compelling content, characters or storytelling that readers can relate to, and giving it a twist. One powerful, popular video that Buzzfeed GM and SVP Jonathan Perelman shared with us during the session brought it all home – watch it here.

There were three of us representing from The Buzz – and not many others from Houston media – and though we covered as much as possible, there was no way to get to everything we found interesting. If you’re curious to know more about what it was like to be part of SXSW, check out IntegratePR’s SXSW blog for photos and videos from their team, plus thought-provoking quotes, valuable tips, and so much more on the hottest topics covered at the festival.

Did you attend SXSW this year or in the past? What were your favorite moments? 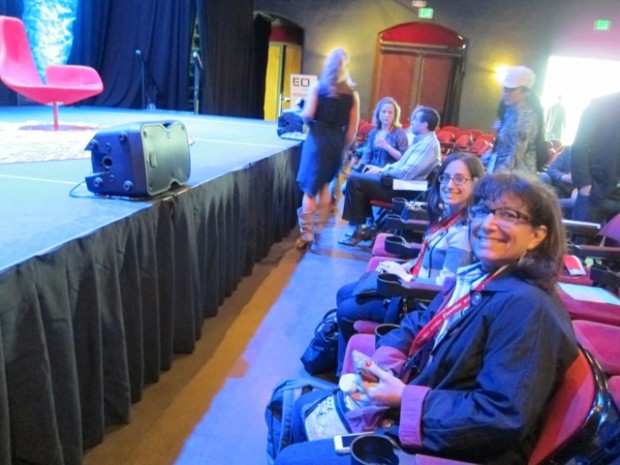 Jordan and Joni waiting to hear Mark Cuban speak at the EO event. 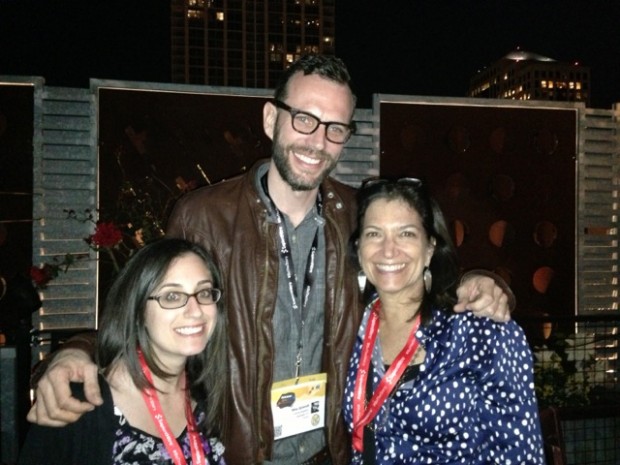 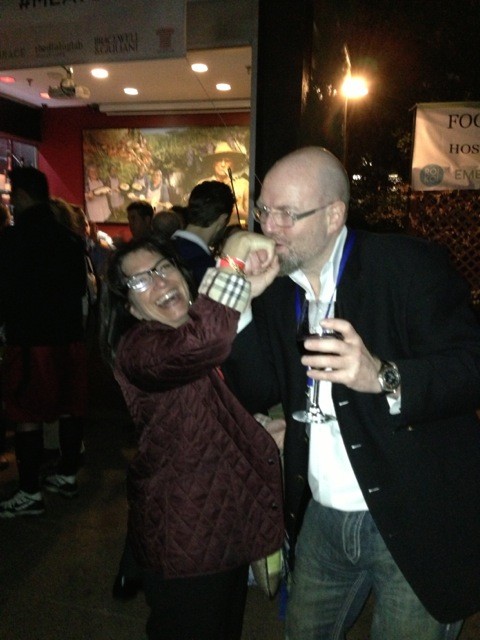 Joni saying goodbye to Nicolia Wiles from Prime PR after an inspiring night of mixing and mingling with media professionals. 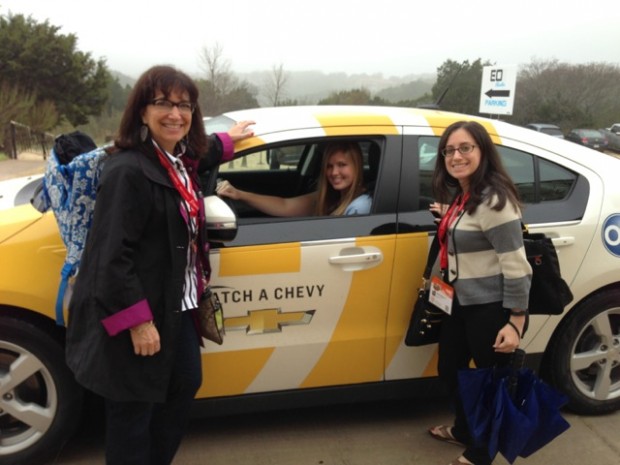 We were determined to see the Mark Cuban event, but it was far. We were lucky to "catch a ride." 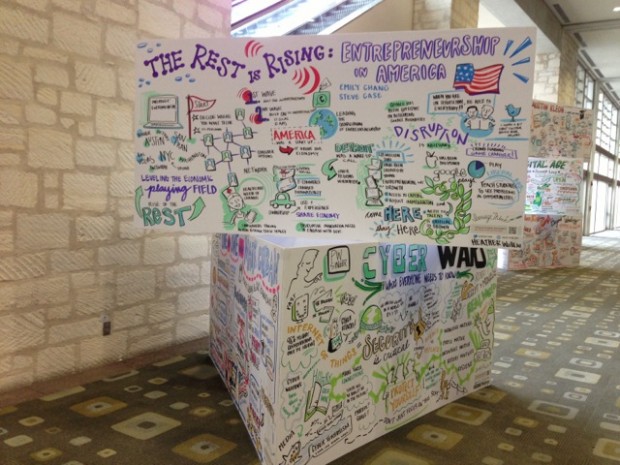 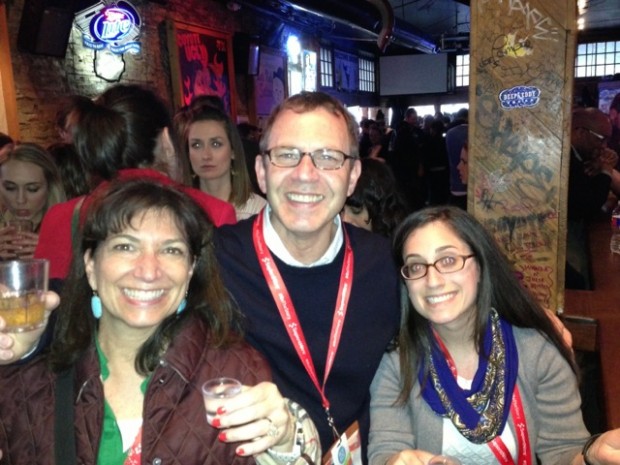 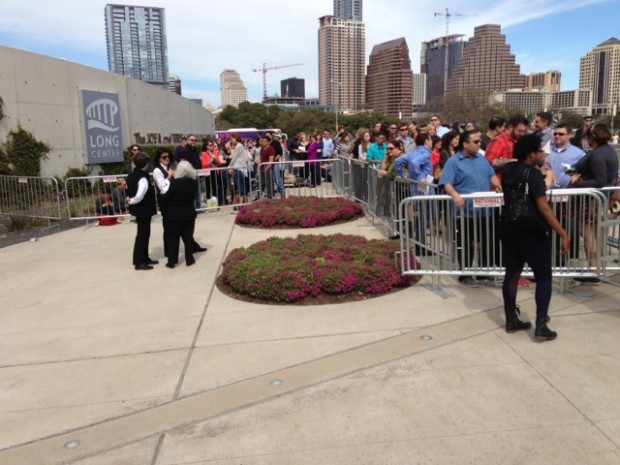 Thankfully, the storms stopped, and it was a gorgeous day, perfect for the long lines of fans waiting for Jimmy Kimmel Live. 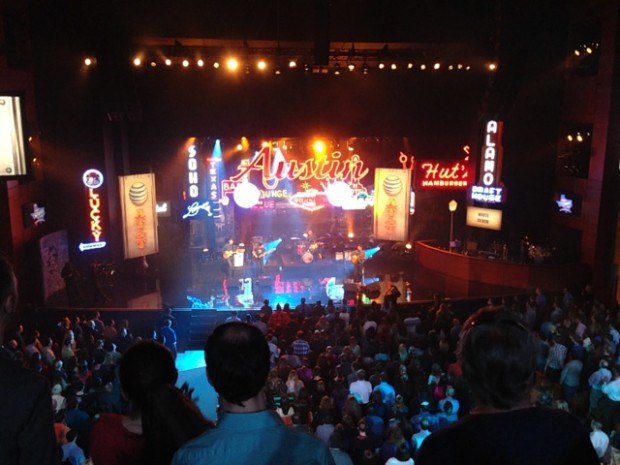 The set on Jimmy Kimmel Live in Austin displayed some of the most-loved restaurants and places to go in the city. 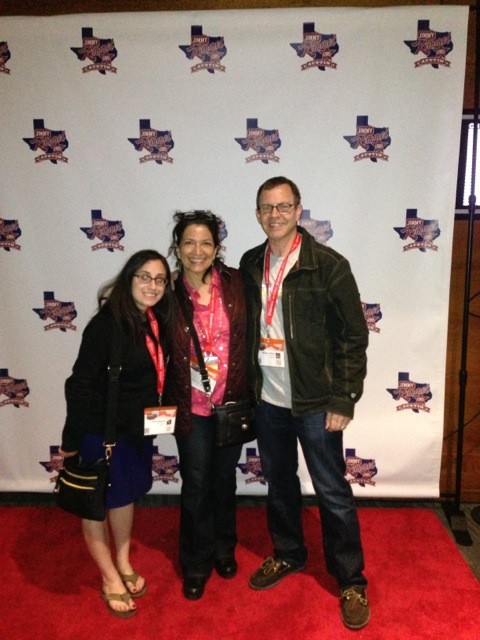 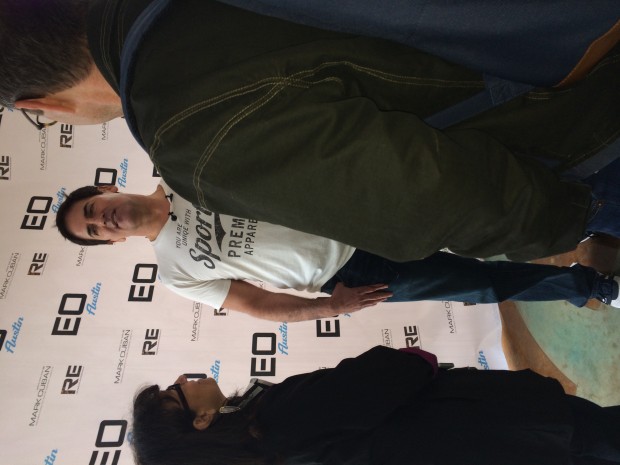 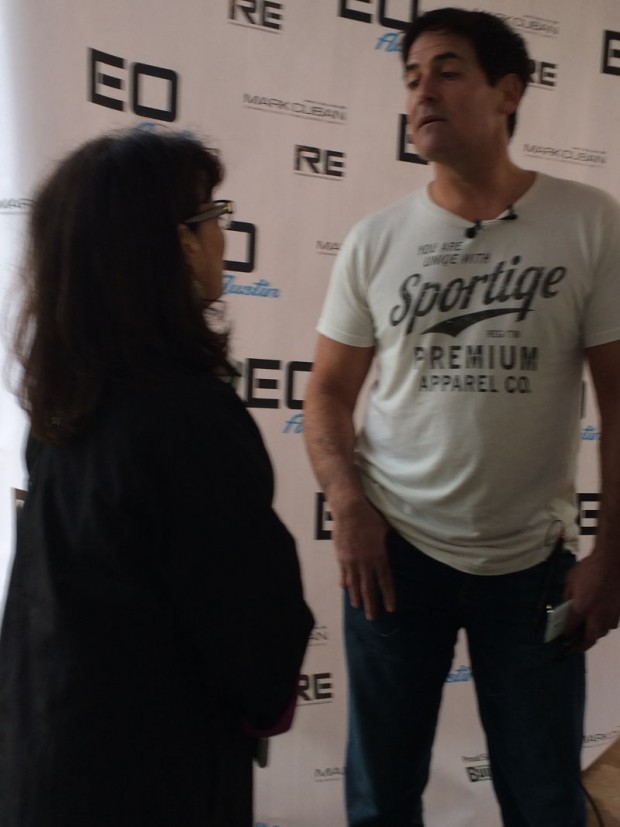 Joni asks Mark Cuban: “Do you think print is dead?”