A quest to capture Prince Farming 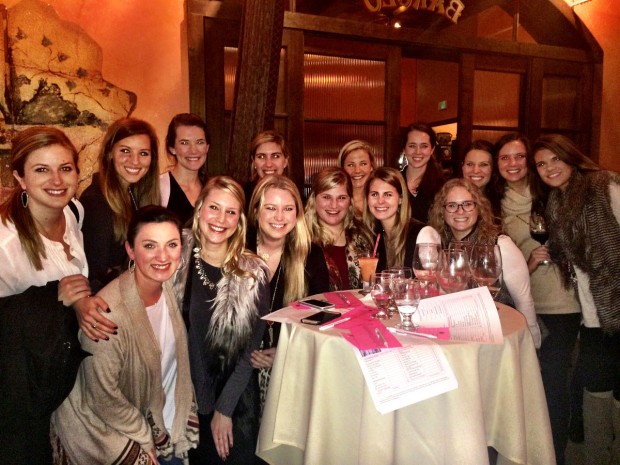 The Buzz Magazines was excited to host the Bachelor Fantasy Football Draft at Ciro’s Italian Grill in Memorial. The event was attended by around 85 residents from Buzz neighborhoods.

But even if you couldn’t attend the watch party, you can still be part of Buzz Bachelor Fantasy Football. Hosting your very own watch party next week? Here is a PDF of the score sheet if you were not able to come last night. The rules are simple: draft your five players. Of those five women only three can score each night. At the end of the evening – decide as a group who is the crazy of the night and who is the best dressed. Add up your points and keep a tally going at home with your friends! Each week you can rotate the position that your players are in.

Chris Soules, the Iowan farmer, has come to play. Decked to the nines in his finest black suit, Chris is ready to rumble. Has anyone noticed that this bachelor looks like a younger version of Chris Harrison? Just a thought.

Britt (waitress) walked out with a game plan, sneaking a note that gave Prince Farming permission for a hug. She also cried a little, a great move to attract a “sensitive guy.” She ended up being awarded the First Impression Rose. You go Britt.

Whitney (fertility nurse) two words: yellow shoes. Her accent is on point with distracting a farmer. She told Chris that she makes babies for a living.

Kelsey (guidance counselor) Texas girl, that’s all I have about her.

Megan (make-up artist), never a bad thing when the first words Chris can say are blonde and blue eyes. No need to speak a lot when you have hair like that. Nice tactic.

Ashley I. (freelance journalist) seems to be the one who is not afraid to speak her mind. The journalist side of her seems to always want her story on screen.

Trina (special education teacher) all I can think about is that phrase, “You are such a TRINA.” Anyone else?

Tara (sport fishing enthusiast) the only way to really change up the show is to walk in with Daisy Dukes on. Farmer Chris was quite in shock with the quick outfit change. Also, swaying and having one too many cocktails seems to be her Hail Mary. Worked this week!

Amber (bartender) who brings a teddy bear on a date…?

Jillian (new producer) flexing her muscles to attract her mate. I think she has the peacocking thing backwards.

Mackenzie (dental assistant) is it just me or does she look like Mackenzie Rossum from 7th Heaven? She is also 21 years old. Is she mensa? How is she already a dental assistant?

Ashley S. (hair stylist) lucky penny or bad luck chuck. Giving a girl a rose is one way to make frenemies. Especially when it’s with the WWE Diva. She also seems to be seeing onions.

What riled up the women more than anything was Chris walking in after only 15 girls. They all were caught off guard and tried their best to keep a poker face. Most of them hoping that maybe there wouldn’t be any cuts the first night… That was until Chris Harrison brought out the First Impression Rose.

And then another limo drove up!

Tandra (executive assistant) rolling up on a motorcycle. Beep, beep, I am going to toot your horn. That was quite a way to show up.

Alissa (flight attendant) it’s going to be a bumpy ride, it’s time to buckle up!

Carly (cruise ship singer) toddlers in tiaras or boat babe, not too sure yet.

Tracy (fourth grade teacher) please like my teacher so she doesn’t end up alone with nine cats.

The first impression rose went to… Britt. First comes hugs, then comes kissing, then comes roses, then comes tears? Second time to cry in the evening.

Did anyone see Andi Dorfman’s dress? I need it!

First girl to receive the rose during the rose ceremony was Kaitlyn.

I guess Chris does not like wrestlers, pig noses, dirty jokes or secret admirers. Slightly overserved women, that seems to be his thing!

Kimberly may have been cut from the team but will Chris let her back on the practice squad? Tune in next week to find out…

Need an idea on what to serve at your first watch party? See my recipe below for baked-potato bar success and check back here each Tuesday for recaps of The Bachelor and recipe ideas for your watch parties. 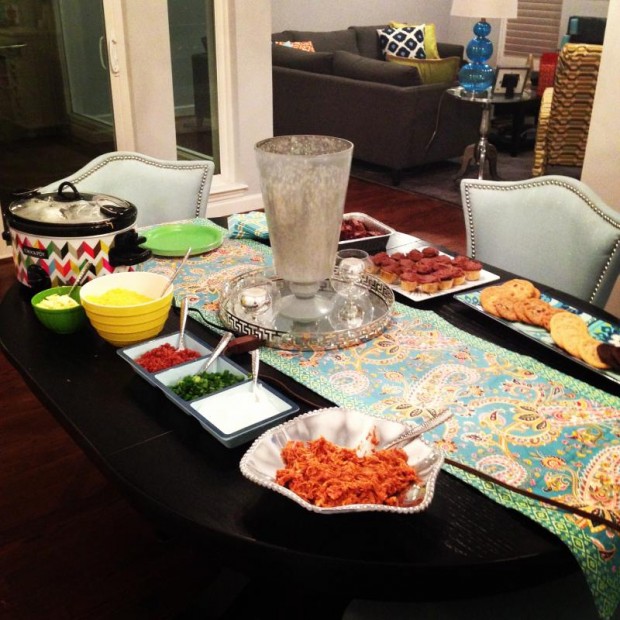 Pre-heat oven at 350 degrees. Individually wrap the potatoes and bake in the oven till done (about 25 minutes). Keep potatoes in a crockpot on warm to keep the them from getting cold! I served them buffet style so that everyone could load their own potato. An easy, inexpensive way to feed a lot of people. 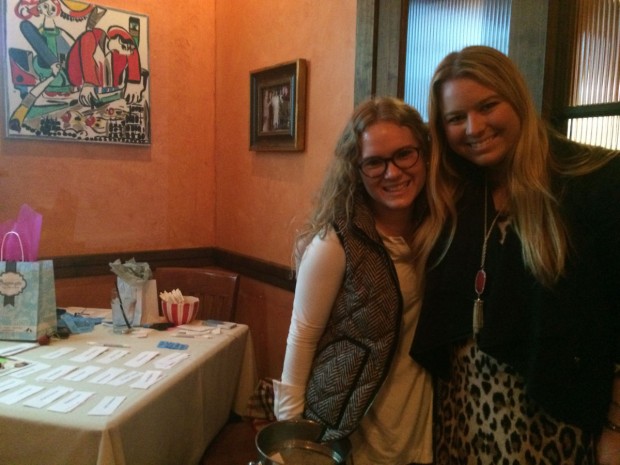 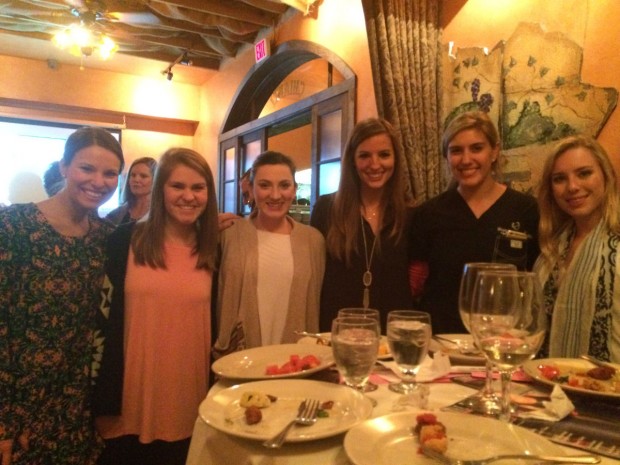 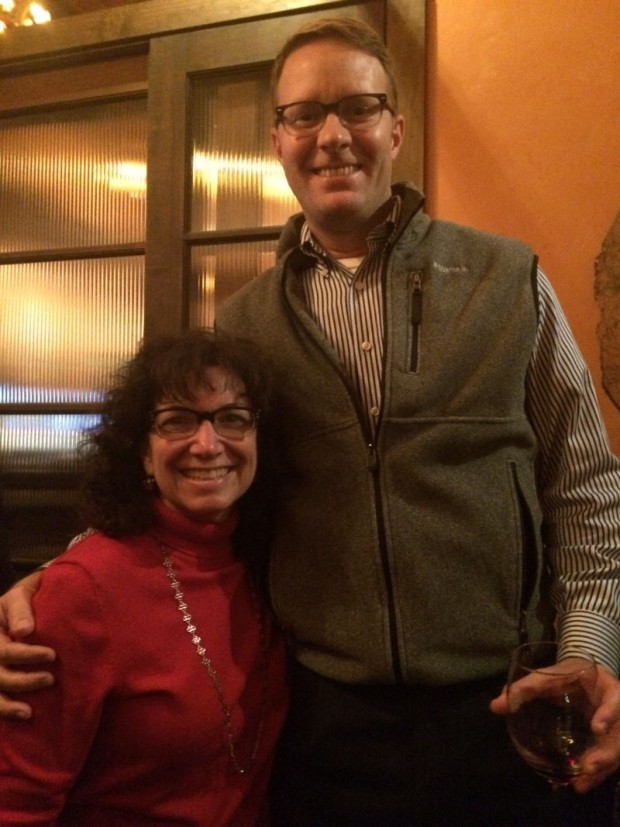 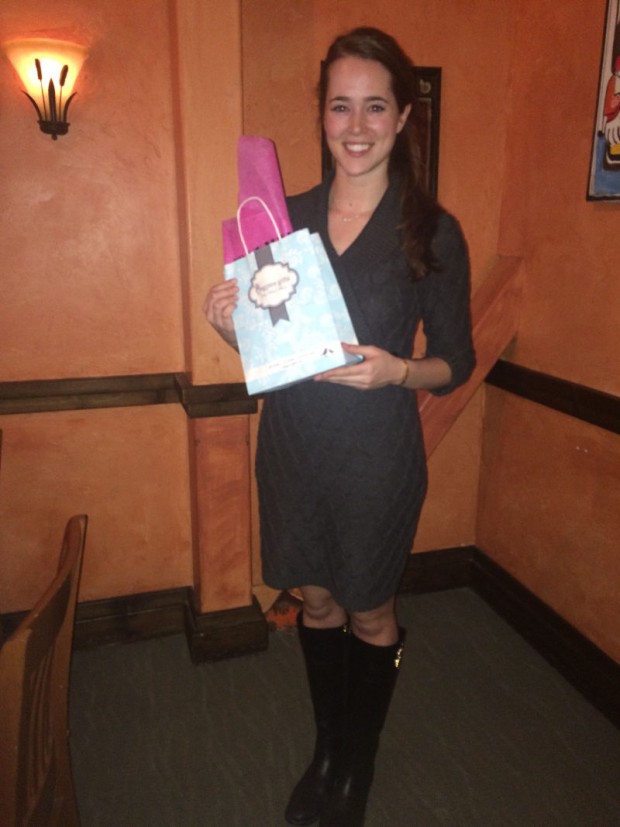 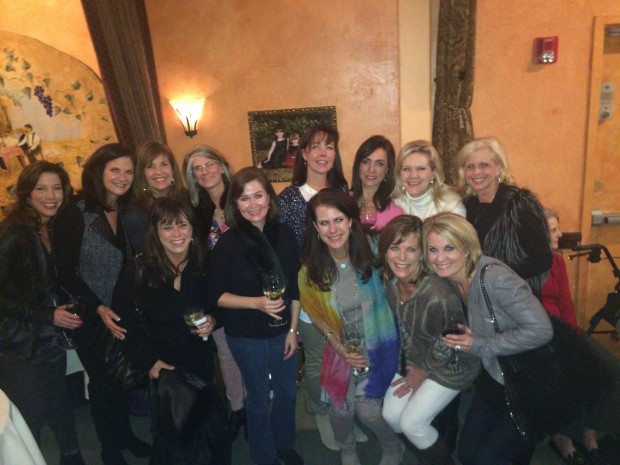 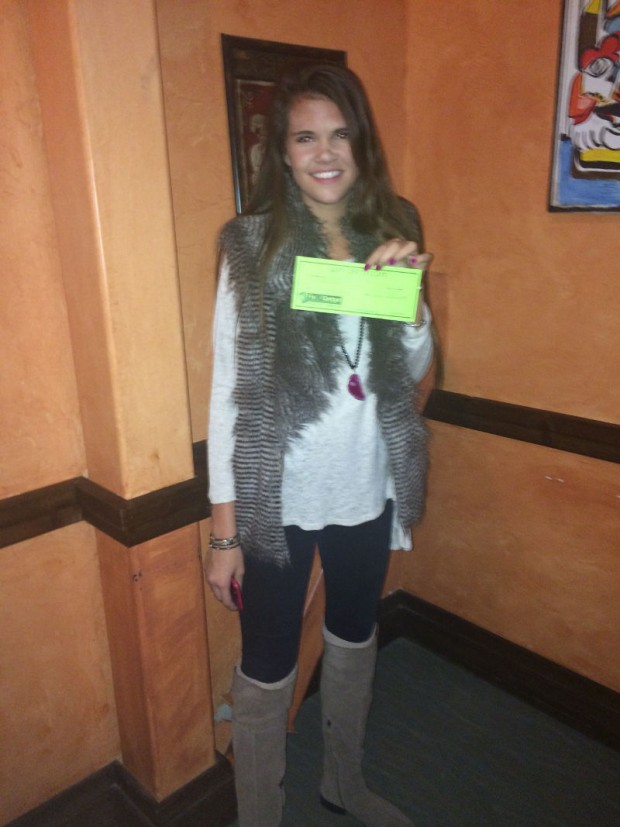 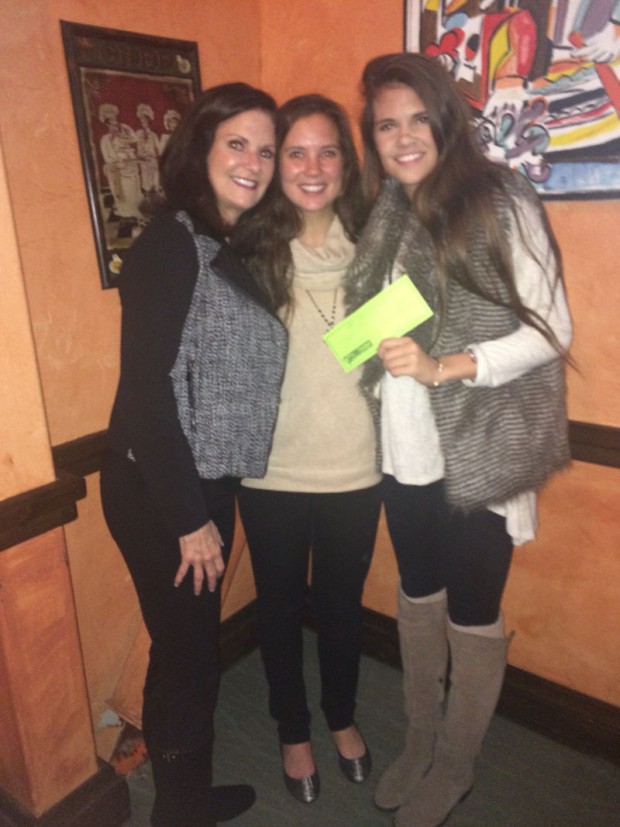 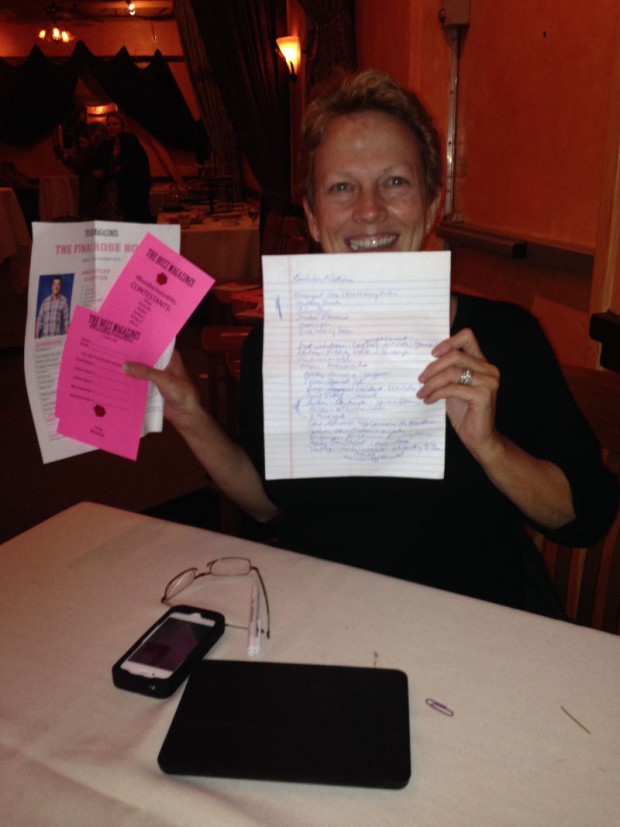 Princess Aschermann really got into the "draft" for The Bachelor! 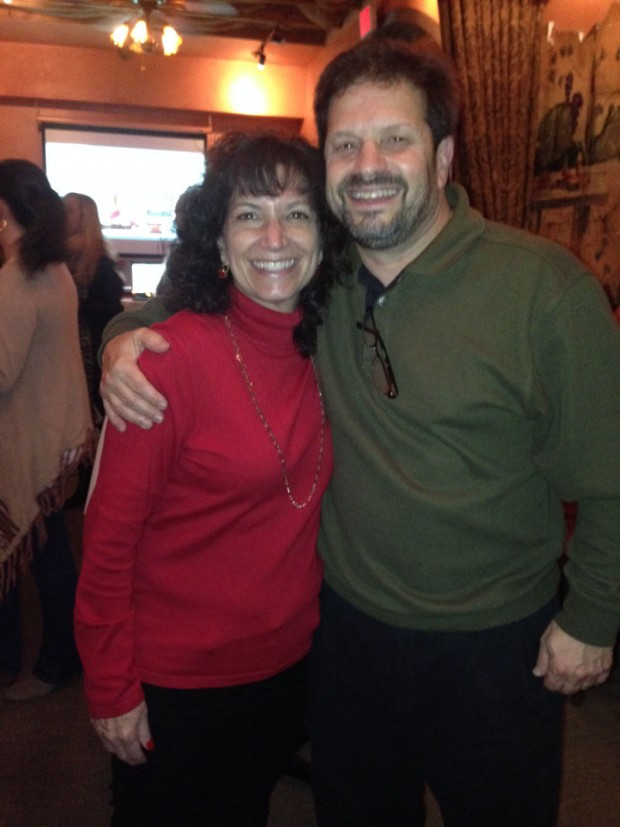 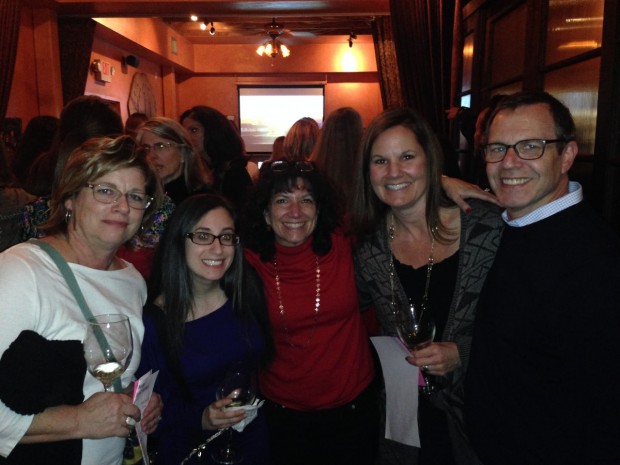 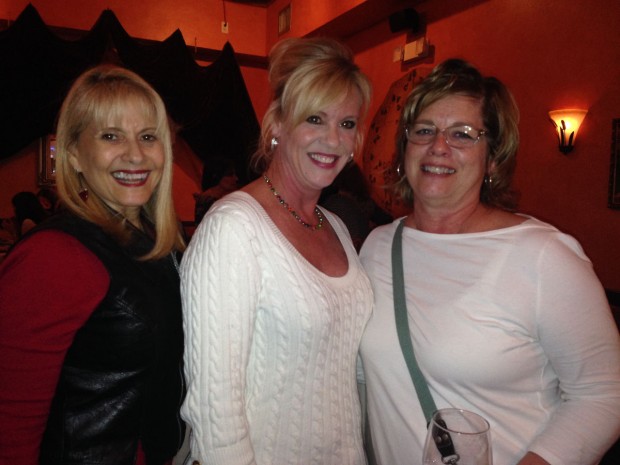 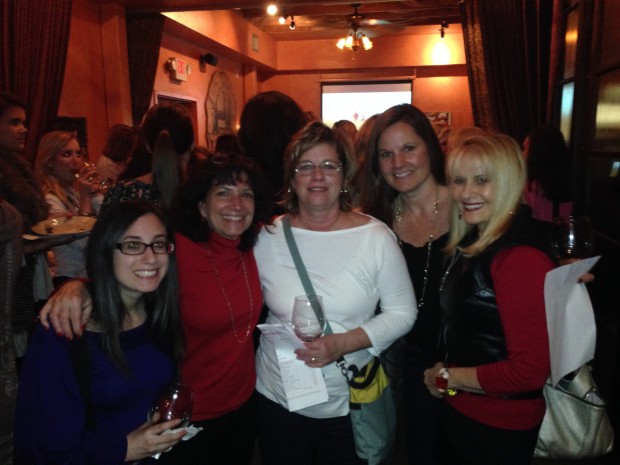 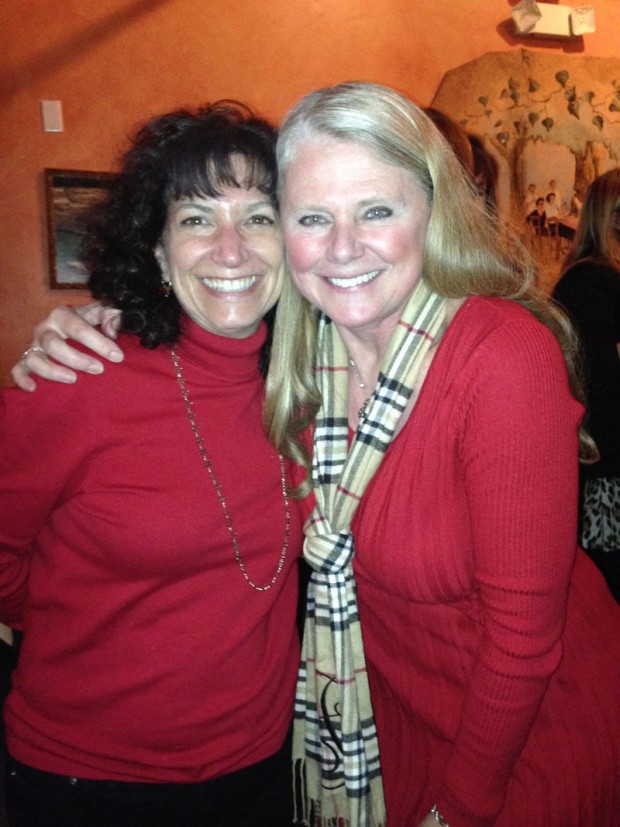 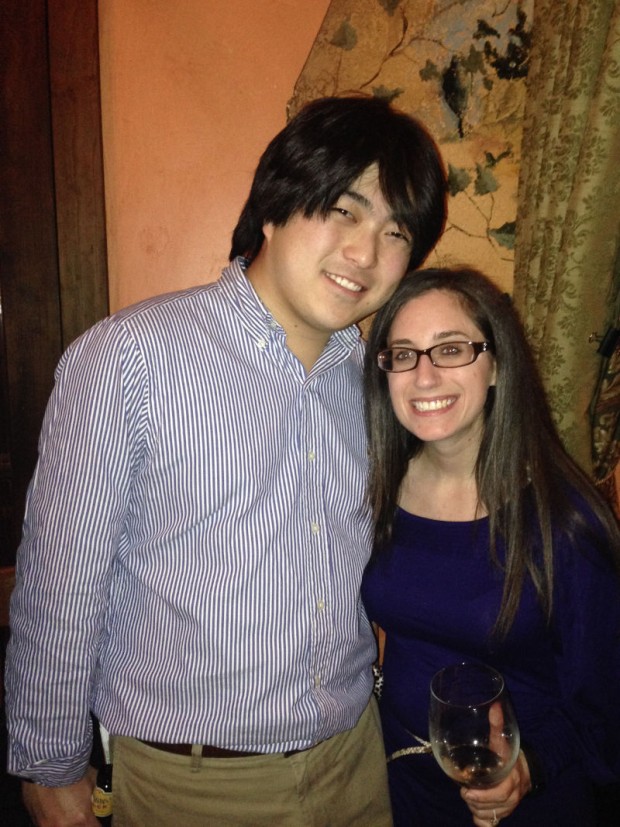 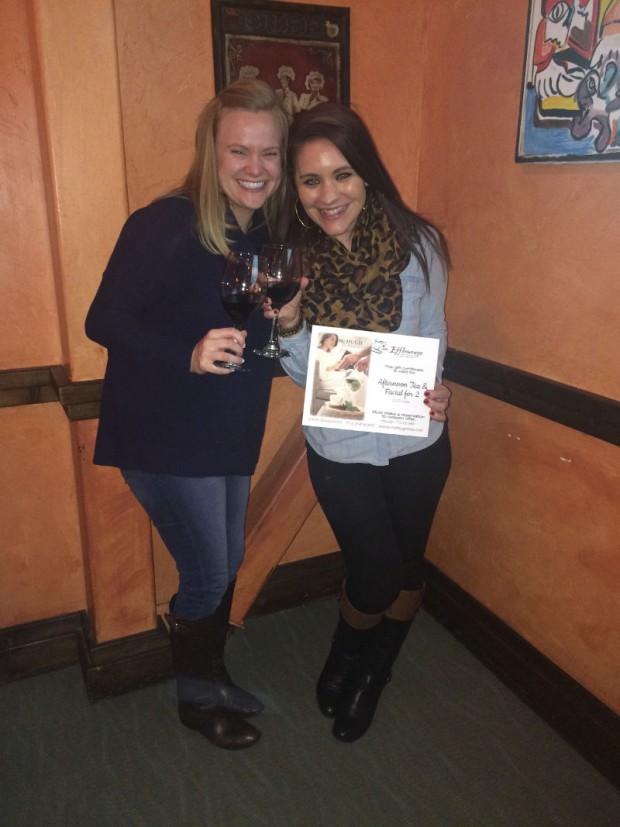 Kadie Diggers (on right) won the tea and facials for two prize from McHugh TEA and Effleurage Skincare & Laser Med Spa. Rachel Duncan from French Cuff Boutique is on left. 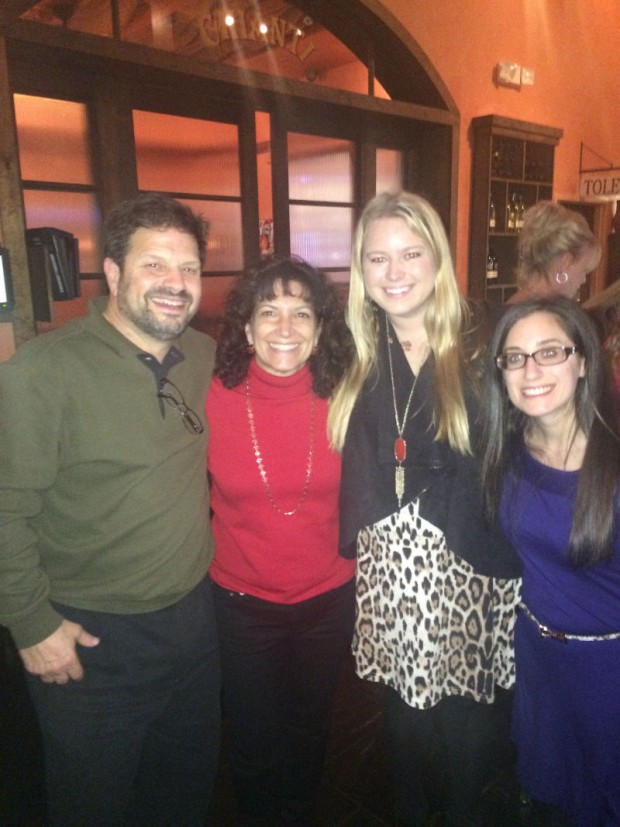 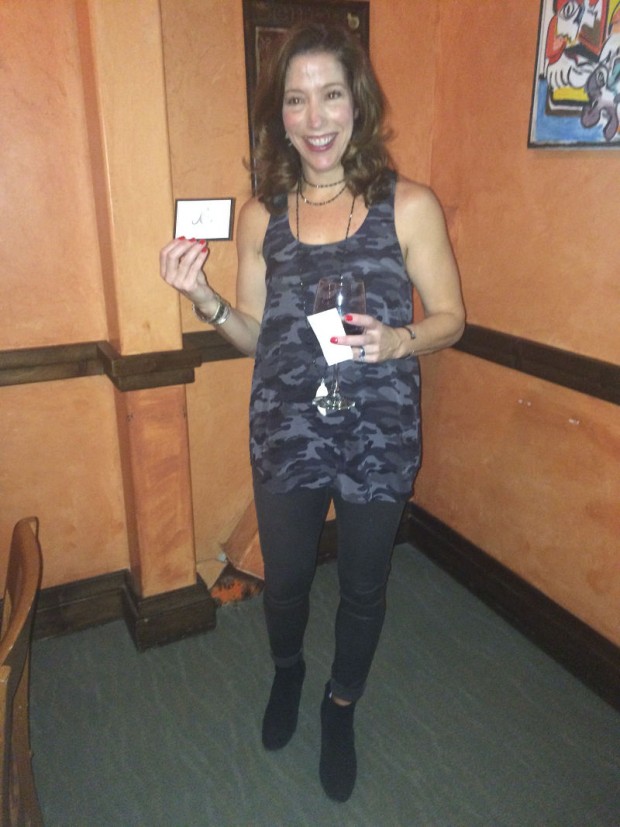