A Utopian Weekend: Our Getaway in the Hill Country

Sign in to buzz me about Joni Hoffman
Click the Buzz Me button to receive email notifications when this writer publishes a new article or a new article in this column is published. 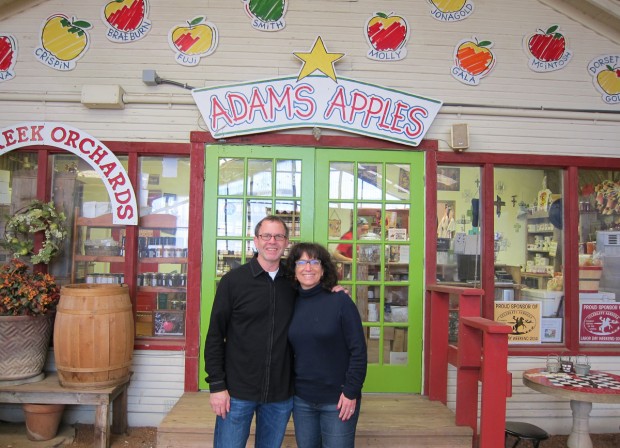 After a night sans technology, Michael and Joni Hoffman were very excited to visit "the Apple Store" in town. They were surprised when it turned out it was literally a store that sold apples, not electronics!

Recently, Michael and I went on a brief but much-needed getaway weekend to celebrate his birthday.

In our 26 years of marriage, I have always been the one to plan our vacations. But this was Michael’s weekend. He did all of the planning, including our accommodations and dinner reservations.

We headed west on 1-10 on a cold and rainy Friday afternoon, stopping in Luling for its famous BBQ before arriving at our cabin at The Lodges at Lost Maples.

By the time we arrived after about five hours in the car, it was pitch black and we had absolutely no idea where we were. Fortunately, The Lodges at Lost Maples had warned us that there is no service close by and not to rely on our phones for directions. They were not kidding. Kudos to Michael for remembering to print the directions, which The Lodges had emailed him. We were also warned to be sure to fill up ahead of time since there is only one gas station in Vanderpool at the Lost Maples General Store, which is not always open.

We stayed in Solomon's Den, which is ultra-charming. We entered the cabin and immediately loved it, but it was clear that there truly was no cell service, Internet, WI-FI, cable TV - not even a land line. We realized that neither one of us had thought to share our location with anyone else. For the first time in our married life, not a single soul knew where we were, which at first made us a little nervous, but then we decided to relax and enjoy the peaceful setting. If someone needed to reach us it would wait till the morning. Just a few years ago, I would have hated this but this time I loved it.

Michael successfully lit the wood-burning fireplace and opened the complimentary bottle of Lost Maples wine from the local vineyard. We looked through the basket of DVD and VHS movies. Among them we found Seven Days in Utopia starring Robert Duvall, which was filmed 20 miles down the road in the small town of Utopia. The story was corny but we enjoyed it more by the time we finished our wine and it was fun to see the area we were staying in featured in the movie.

The highlight of our trip was dinner at The Laurel Tree in Utopia, a charming restaurant situated on a beautiful piece of property off FM 187, reminiscent of Napa Valley. We wondered, how could this incredible restaurant be in a small Texas town with no traffic lights? The minute we arrived, we felt welcome and connected. But we would later find just how connected.

Chef and owner Laurel Waters greeted us at our table as she does every customer. Laurel grew up in Memorial, graduating from Memorial High School and earned Le Grand Diplome in Cuisine, Pastry and Wine from Le Cordon Bleu in Paris. From there she went on to work at three of the finest restaurants in Provence before returning to Texas and settling in Utopia. The Laurel Tree is styled after a European "Guest Table" and features seasonal cuisine made with fresh herbs and vegetables from the adjoining "potager."

When we told her we publish The Buzz, she got so excited and said her brother Lou Jr., his wife Gerry and daughter Thalie were on the cover of The Bellaire Buzz in March 2014. We also met her sweet parents Lou and Wanda, who were at the table next to us with their granddaughter (and Laurel’s niece), Madison Outhier. Lou and Wanda are neighbors with the McAleer family in Fulshear, where we just happen to be doing a photo shoot this week. Here we were in a tiny town six hours from Houston, and we felt right at home.​ 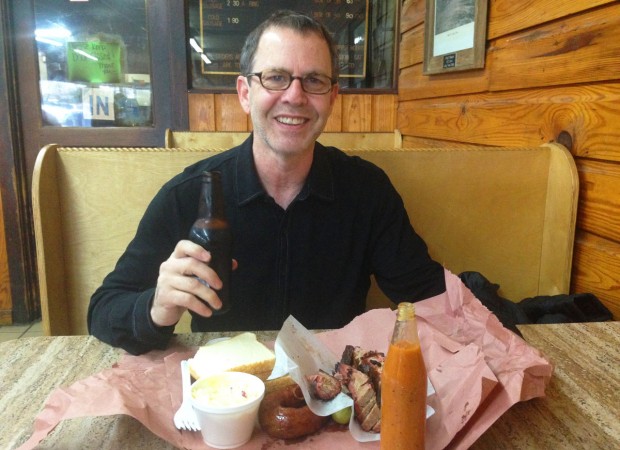 When Joni and Michael stopped in Luling, they had to choose between City Market and Luling Barbeque, which are literally across the street. They decided on City Market, which lived up to the hype. The rib meat fell off the bone and the brisket was cooked perfectly. (Note: City Market is closed on Sundays so they hit Luling Barbeque on the way home. It was good but they preferred Luling City Market.) 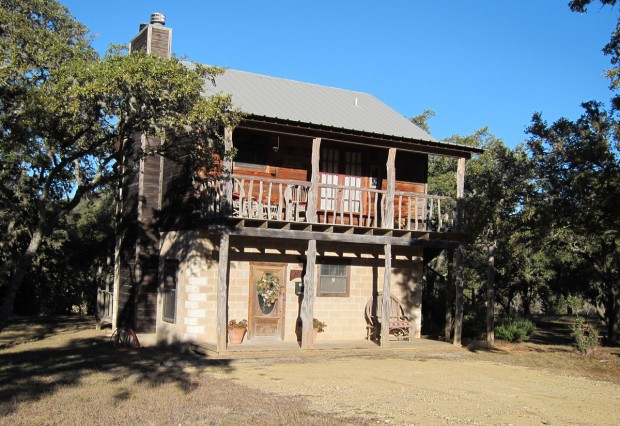 Joni and Michael “unplugged” from technology during their stay at The Lodges at Lost Maples.

Ever since Michael bought his car three years ago, he’s been yearning to drive it on twisty mountain roads. A friend recommended the drive to Lost Maples State Park, which has some of the most beautiful scenery and driving roads in Texas. 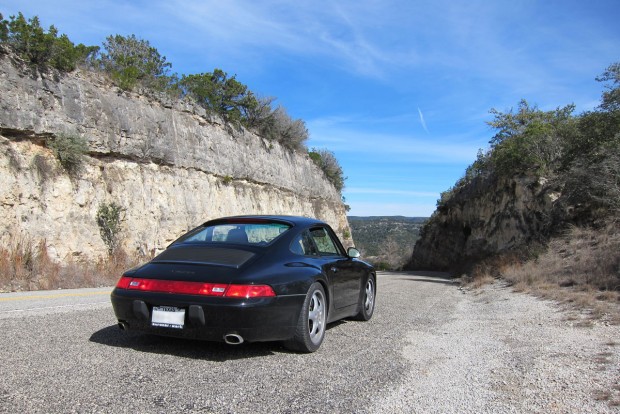 The route to Lost Maples State Park really was one of the most scenic that Joni and Michael had ever driven through. 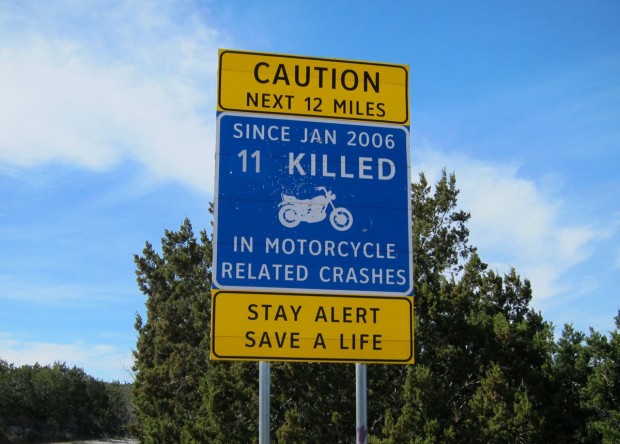 The Three Sisters (RR335, RR336 and RR337) are also considered the best motorcycle roads in Texas but, as always, signs caution alertness. 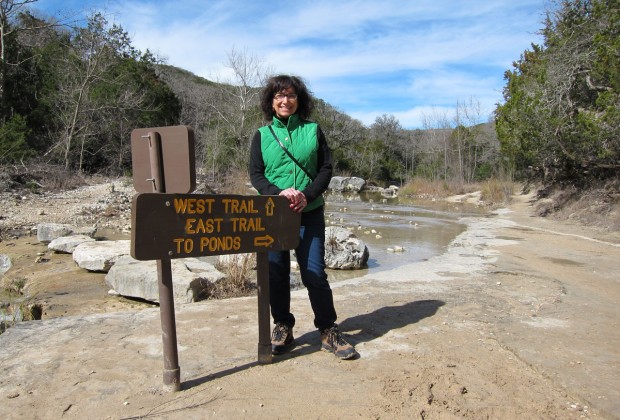 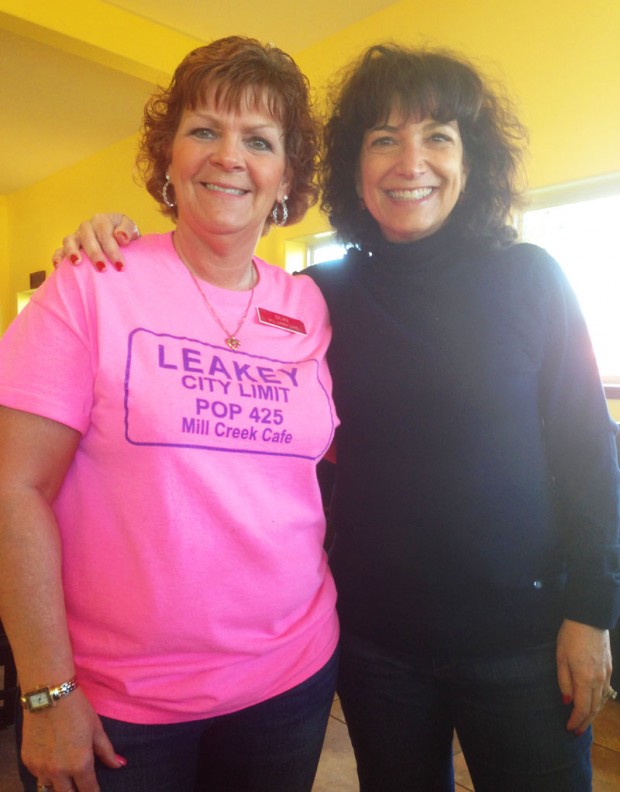 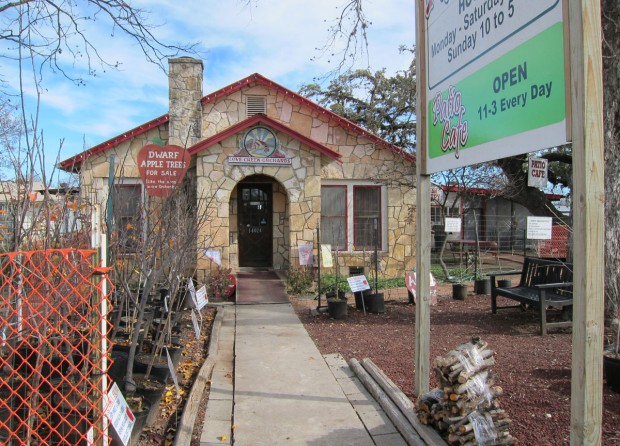 The exterior of the “apple store” in Medina. 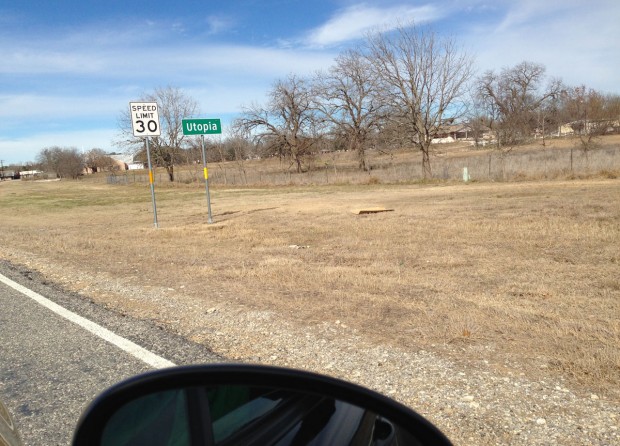 The entire weekend getaway really felt like a brief stay in “utopia” for Joni and Michael Hoffman. 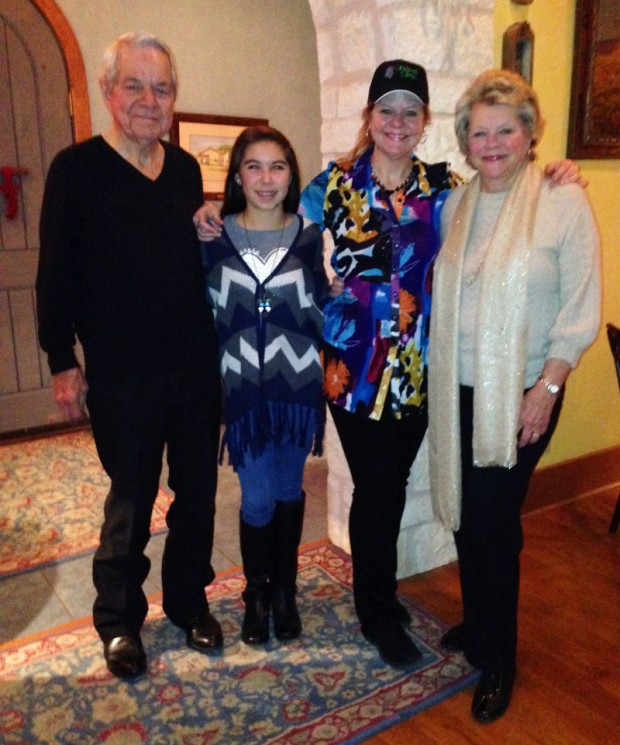 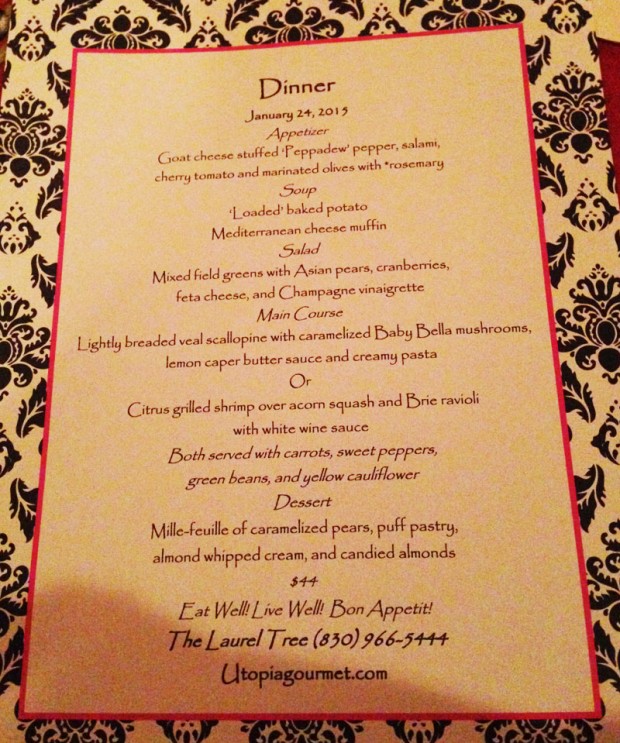 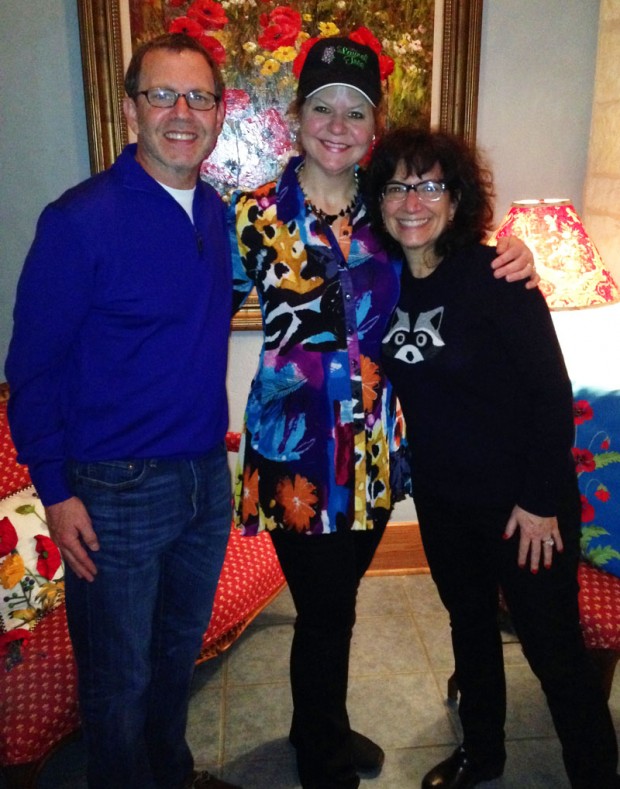 Michael and Joni Hoffman with (in center) Laurel Waters, chef/owner of The Laurel Tree in Utopia. Meeting Laurel, her family, and dining at the restaurant was a highlight of the weekend.