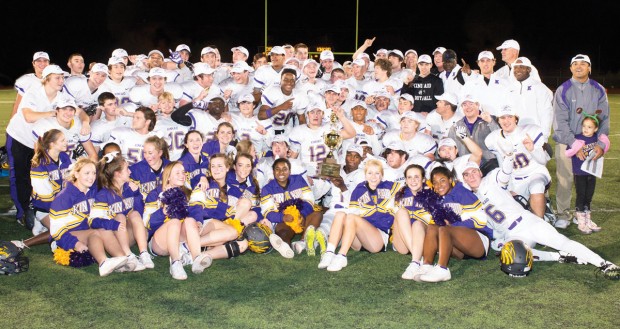 With a thrilling 31-27 victory over the rival Episcopal Knights, the Kinkaid Falcons captured their fourth SPC football championship in the last seven years. The victory also avenged last season’s defeat to Episcopal in the SPC title game as well as a 42-21 loss to the Knights earlier this season.

“After the game I was in shock,” said Falcons head coach Nathan Larned. “It was like, ‘Holy cow, did we actually just win that game?’ I’m still kind of stunned. Admittedly, we weren’t as talented as those guys, but this was the very definition of a total team effort. Our players simply played out of their minds.”

The upset victory over an Episcopal team loaded with future major collegiate talent included a laundry list of heroic efforts from the Falcons, beginning with kicker Hunter Rome. Amazingly, the Falcons successfully converted on an unheard-of three on-side kick attempts in the game. “We had to find a way to keep the ball away from their explosive offense, and the on-side kick turned out to be our biggest weapon,” said Larned.

Offensively, Kinkaid was led by a big game from sophomore running back Johnathan Thomas, who rushed for over 143 yards and scored two touchdowns, while receiver A.J. Armstrong sealed the victory with a remarkable reception late in the game. Defensive end Rob Lahourcade scored the Falcons’ first touchdown on a phenomenal catch off a fake field goal, while Rhett Cardwell was a virtual Iron Man, playing every snap of the game at either wide receiver or safety. “I heard from multiple people that Episcopal had the most talented team they’ve ever seen in this league, so for our guys to go out and pull out that victory was truly incredible,” said Larned. 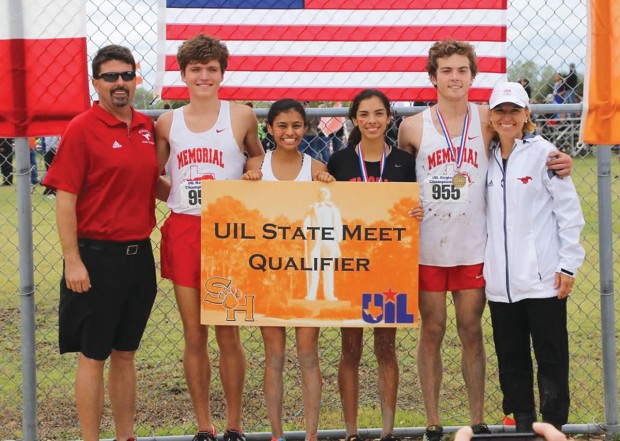 In the sport of cross country, it was another sensational season for Memorial Mustang Khayla Patel, who finished second at the UIL regional meet followed by a fourth-place finish at the Class 6A state cross country meet.

“She’s just a coach’s dream,” said Memorial girls cross country coach Vicki Bevan. “Khayla is everything you’d ever want in a student athlete. It’s amazing how she’s worked her way into becoming an elite runner, despite not even picking up the sport until high school.”

Patel, who holds Memorial High School records in the 1500-, 1600-, 3000- and 3200-meter runs, finished first or second overall in every meet leading up to state, including a second-place finish at the prestigious Texas A&M Invitational. “She’s also a phenomenal student, who’ll run track and cross country at Rice University,” said Bevan. “My husband, Jim, is the track and field coach at Rice, so that keeps it close to home and makes it extra special.”

Meanwhile, finishing one spot behind Patel at the UIL regional meet this season was fellow Mustang Leslie Romero, who also qualified for state. “It was a breakthrough season for Leslie. She’s just gotten better and better,” said Bevan. On the boys’ side, Nicholas Hamilton and Luke Lewis were state qualifiers as well for Memorial. 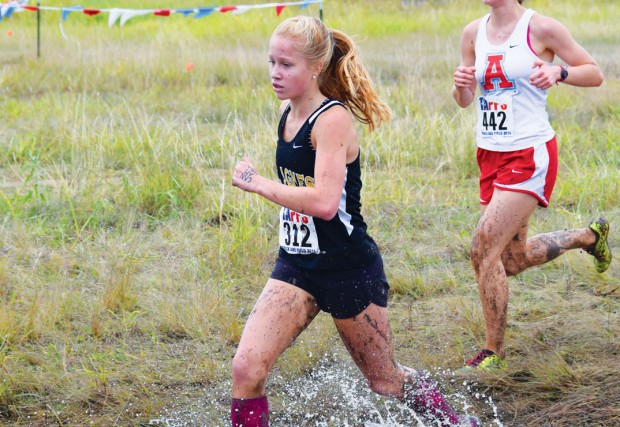 Running under the most horrific of conditions, St. Agnes Academy still finished a strong second for the second straight year at the TAPPS 5A state cross country meet. “It was more like a mudder than a true cross country meet,” said St. Agnes cross country coach Kristi Robbins. “The Waco course was so drenched in rain and mud that we had one girl finish with one shoe on and another with no shoes. We never even found the shoes because they were buried in mud. Many of the runners out there even face-planted into the mud. Everyone ran about three to four minutes slower than their normal times.”

The top finisher for St. Agnes was again junior Maryella Cohn, who had won five cross country meets heading into the state meet. “Maryella would have been in the top three for sure had it not been for the conditions,” said Robbins. Other runners for St. Agnes at state included Amber Boettiger, Lauren Roth, Claire Scott, Grace Tagtow, Emelia Bartusiak and Emily Sullivan.

“I really believe we would have finished first under good conditions,” said Robbins. “It was disappointing, but overall it still was a really fantastic year for the girls. We won the district championship for the fourth year in a row.”