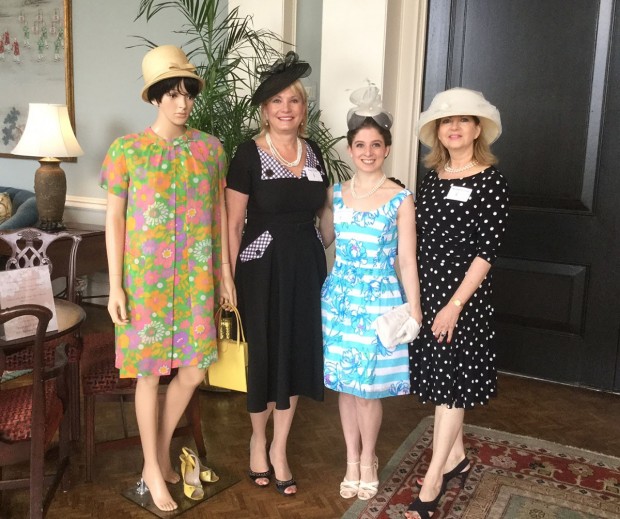 Luncheon chairs Kay Theede and Barbara Forbes along with Laura Winslow posing with a mannequin donned in a 1960s dress with a matching jacket, purse, shoes and hat.

This spring, the Tanglewood Garden Club celebrated its 65th anniversary in style at the Houston Country Club. Garden club members traveled back in time to the ’50s and ’60s by reliving beautiful memories.

Ladies enjoyed the Hall of Fashion, in which mannequins were dressed in outfits from those decades. Luncheon co-chairs Kay Theede and Barbara Forbes said it wound up being a hall of memories and that it was really touching for a lot of women.

Members contributed dresses, gowns and accessories from this era for the Hall of Fashion. Next to each outfit was the name of the person who originally owned the clothing and a memory about the garments.

The luncheon honored Ms. Lillian Illig, the first president of the Tanglewood Garden Club, as well as its other founding members. Her son, Dale Illig, presented a video tribute he made to her and gave a moving speech in her memory.

Dale Illig created this video tribute in honor of his beloved mother, Ms. Lillian Illig, the first president of the Tanglewood Garden Club, for the club's 65th anniversary.

“There is no other group of people in the world that knew and remember my mother like you all do,” he said. “Being here today is the closest thing I can get to being with my mother and I really miss her; I miss her positive, upbeat attitude, her can-do spirit and her appreciation of the very simple things in life….” Dale continued to talk about how Ms. Lillian would walk Tanglewood Boulevard and give out flower arrangements to strangers, neighbors and friends alike.

Learn more about Ms. Lillian – and how her legacy continues today – in this recent story on the Tanglewood Garden Club by Andria Frankfort. What was especially meaningful for us here at The Buzz, and to Dale and many other Garden Club members, was the present-day connections uncovered by this story.

Gigi Shapiro, who has been a member of the club since moving to Tanglewood in 1996, set out to discover what happened to Ms. Lillian’s garden and, in particular, her beloved gardenia plant. She knocked on the door of the new home on Ms. Lillian’s lot.

Congratulations to all Tanglewood Garden Club members for an incredible 65 years, and here’s to many more.

Editor’s Note: Buzz readers first met Ms. Lillian Illig in April 2006 in the article The Constant Gardeners. We also ran a tribute for her 100th birthday.

Luncheon chairs Kay Theede and Barbara Forbes along with Laura Winslow posing with a mannequin donned in a 1960s dress with a matching jacket, purse, shoes and hat. 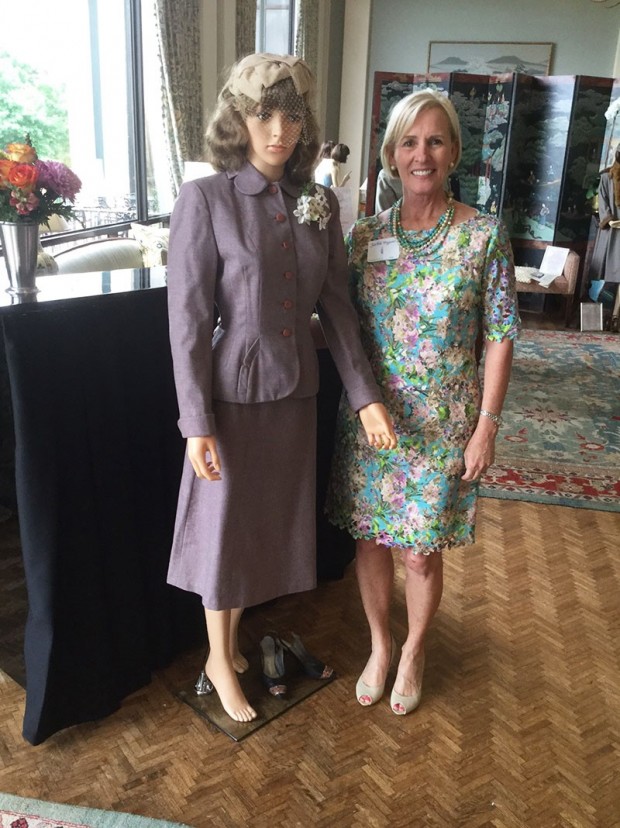 Mrs. Jackie Wygant, president of the Tanglewood Garden Club, with her mother's wedding suit from 1959. Her mother, Mrs. Verna Maye Vacker-Rust, was married at Grace Methodist Church in the Heights. 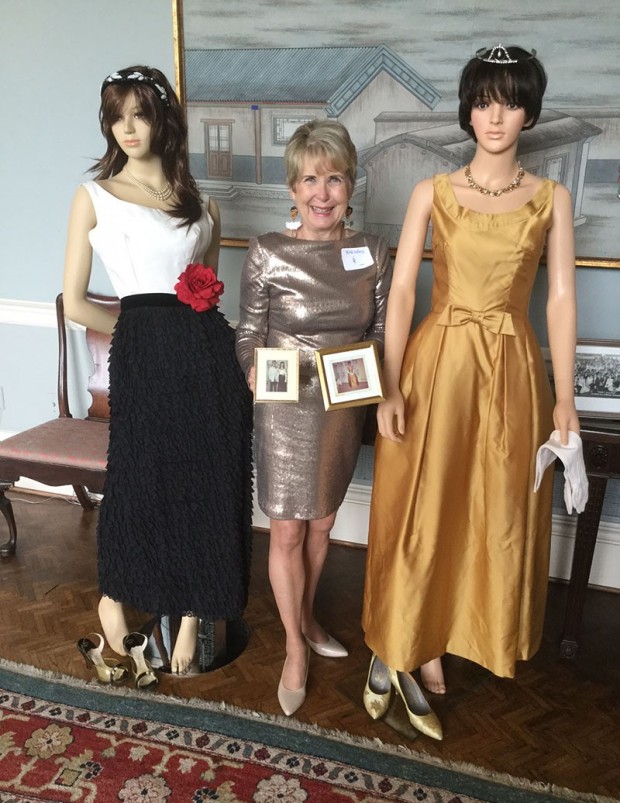 Mrs. Kris Solberg with her 1960s prom dresses. She is holding the photos of her wearing the dresses, taken the nights of her prom. 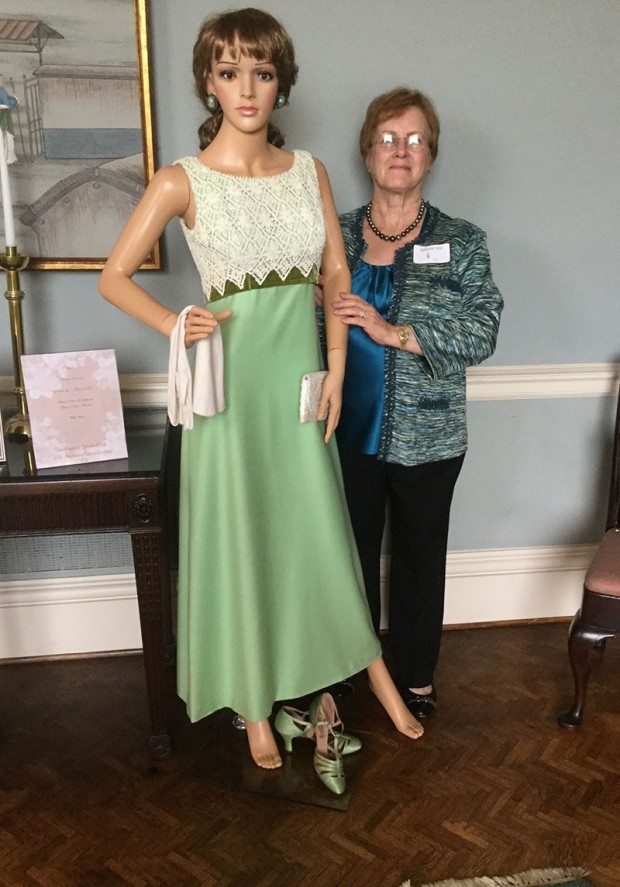 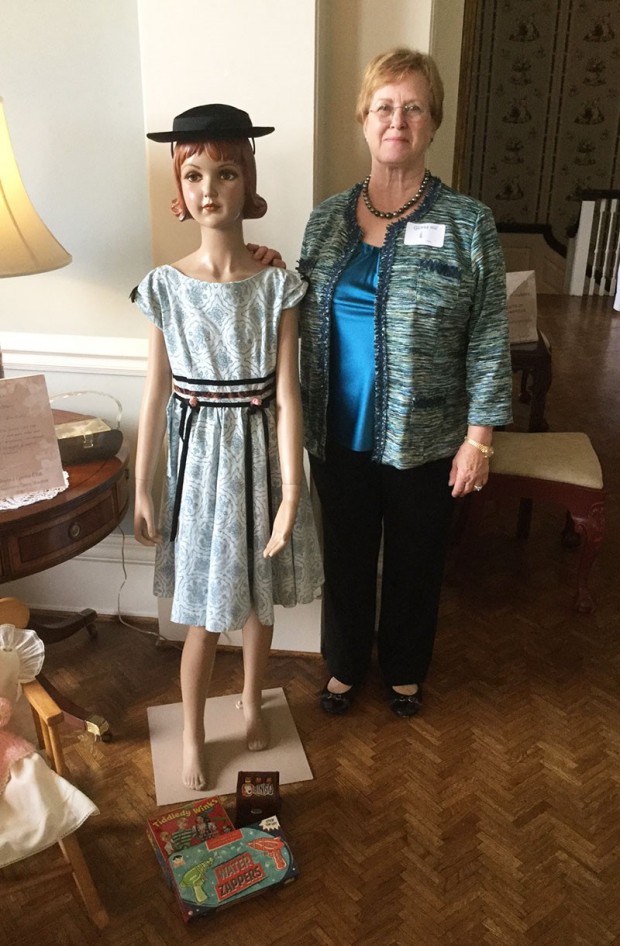 Mrs. Gloria Hill posing with her 1950's childhood dress. She loved this dress as it has rhinestones sewn on it and when she wore it she "thought she was a princess with all the diamonds." 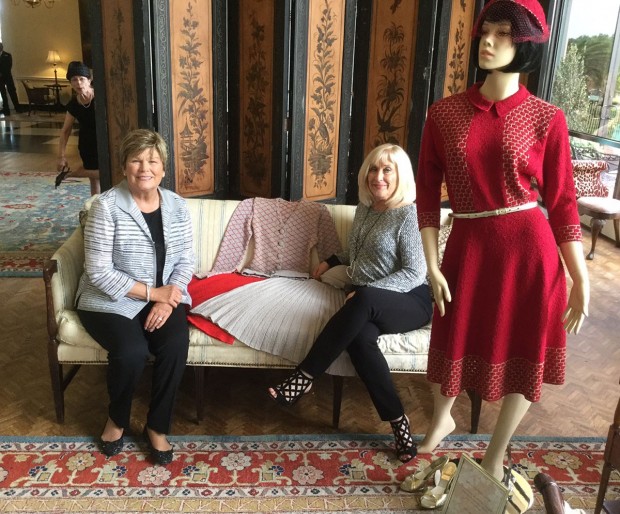 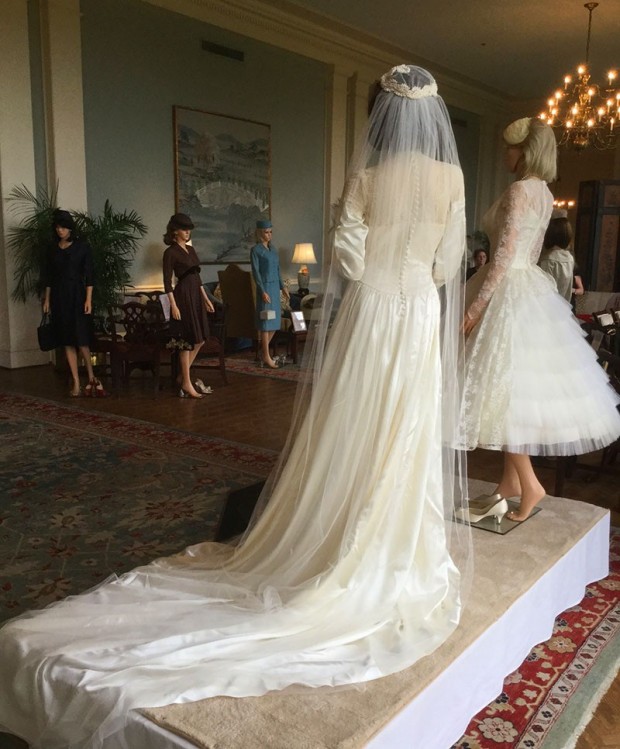 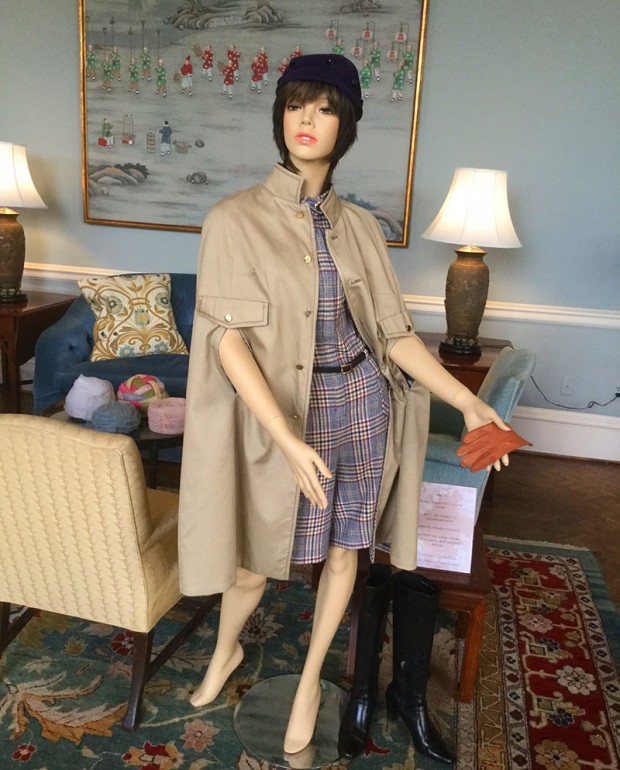 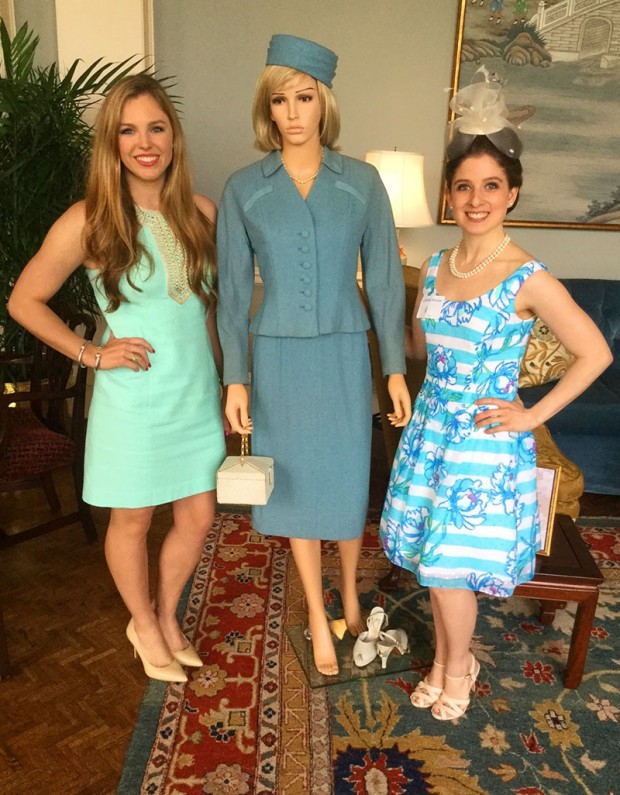 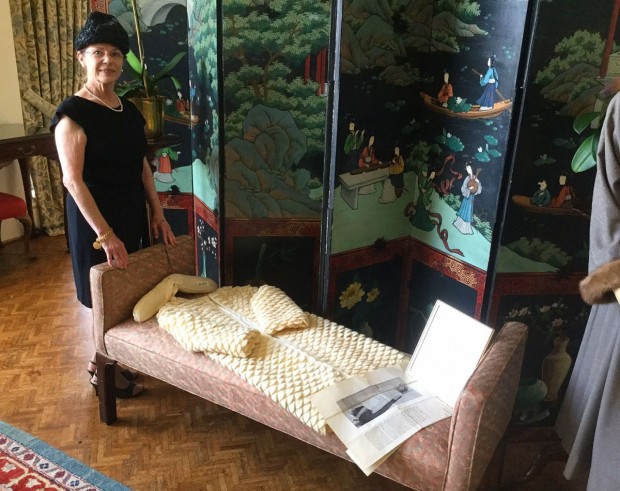